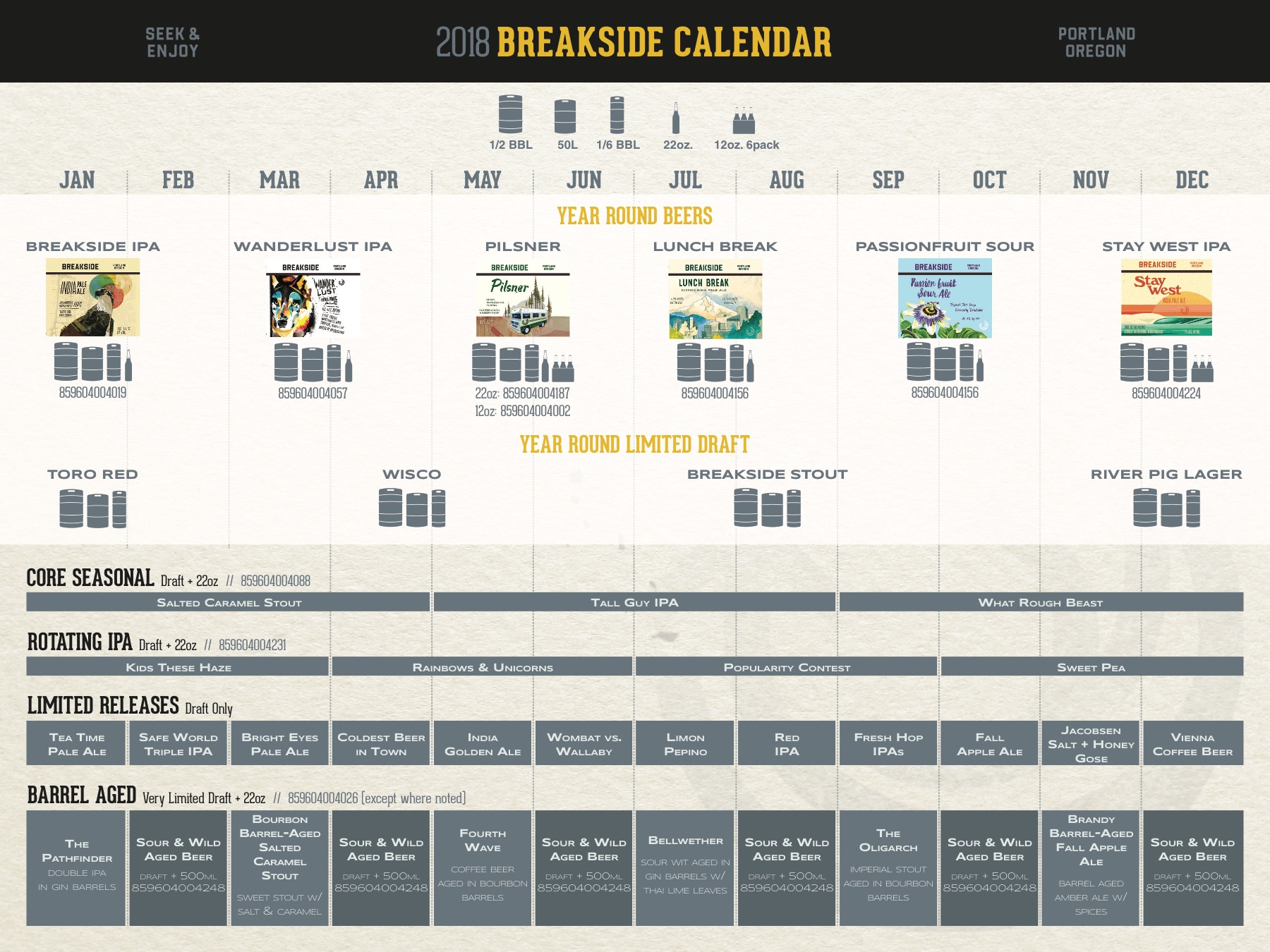 Press Release: Breakside Brewery plans to make a whopping 140+ different beers this year. Visiting one of Breakside’s three Portland, Oregon area pubs is one way to taste the full range of the brewery’s offerings, but fans across the brewery’s distribution area will still see a large variety of beers coming their way. Forty-five beers to be exact, plus we’re pretty sure that there will be some “one-off” kegs sneaking out for special events and festivals.  Click on the calendar below for details.

The brewery has changed up its rotating seasonal IPA lineup to focus on hazy, New England-inspired beers in 22-ounce bottles for the first time. These beers, such as Kids These Haze, were first brewed in Breakside pubs and have now made it to center stage. Rainbows and Unicorns, originally a limited release brew, has magically leapt into this lineup as well.

Also new is a series of wood-aged sour beers in 500-ml bottles, making these beers – previously only available at the pubs – more readily accessible for an ever-growing sour beer fan base (up significantly last year according to the Brewers Association). Aged in barrels for more than a year each, these wild blends have become a central part of the brewery’s growing barrel program, which already includes award-winning sour beers like Homunculus, Dog & Pony Show and Portmanteau.

Staples in the Year-Round lineup, such as multiple GABF-award-winning Breakside IPA, will return, with popular Stay West IPA and Pilsner making their way into six-packs for the first time.  Passionfruit Sour Ale, another Breakside staple, is making the jump to year-round status as well.

The long and short of it? Expect lots of great beers from Breakside this year across its footprint, which includes 13 states and two provinces. Expansion to the East Bay and Central Valley of California will be announced later this month.