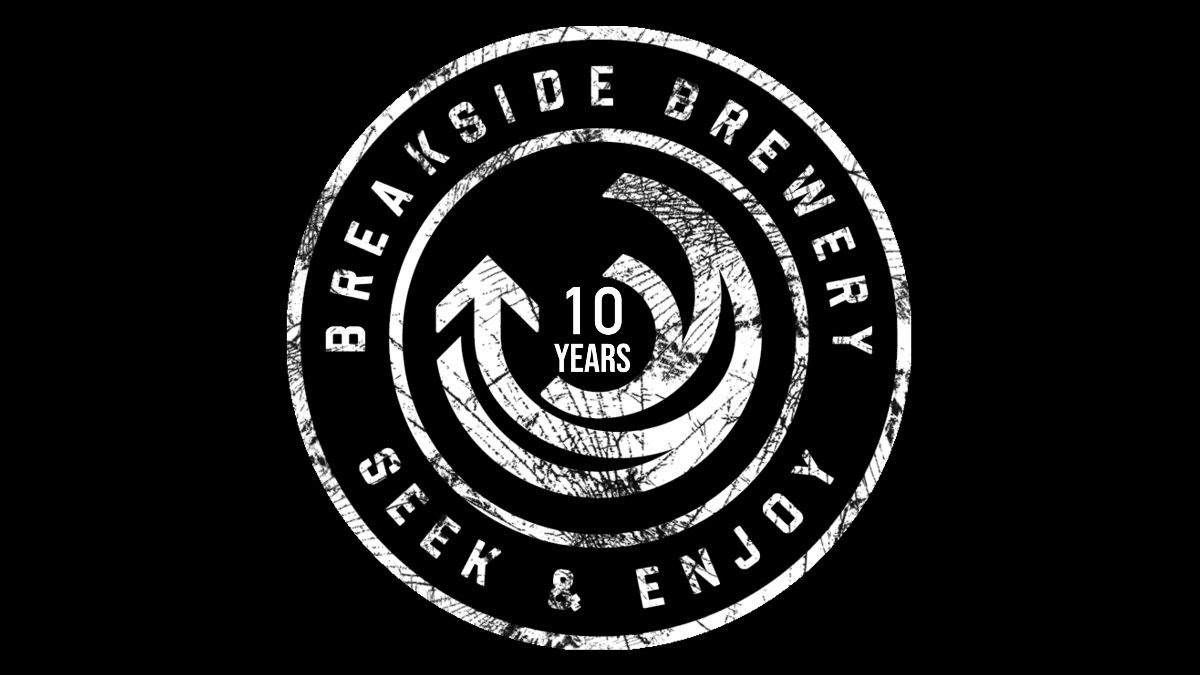 Here are descriptions provided by Breakside Brewery on each of the three new releases. 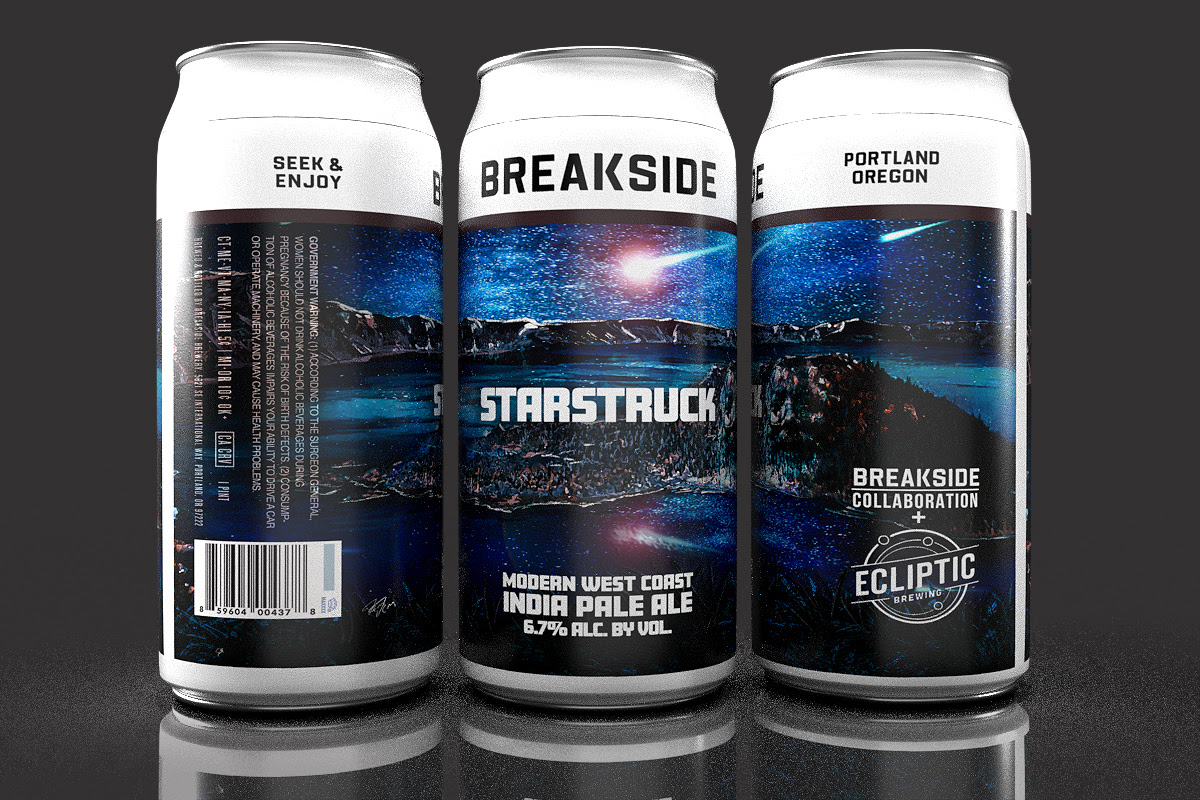 Starstruck – Ecliptic Brewing Collaboration
Collaborator: Ecliptic Brewing – Portland, OR
For the eighth installment of our in-state collaborations, we have teamed up with our friend and beer industry legend John Harris, of Ecliptic Brewing. John needs little introduction. He’s the creator of numerous best-selling, canonical beers; a winner of the Russell Schehrer Award for Innovation in Craft Brewing; a brewers’ hall-of-fame inductee. And, after a storied two-plus decade career, when many of us might opt to rest on our laurels, he chose to open a new brewery that has been a wild success. Ecliptic’s beers are fun, fresh, and forward-looking. This West Coast IPA features the new Talus hop, a neomexicanus varietal with distinctive notes of coconut, cedar, and Froot Loops. We paired it with some of our favorite supporting players like Cashmere and Eldorado, as well as a healthy dose of Mosaic to provide some familiarity. The result is a modern West Coast IPA that is bright, fruity, and layered. Cheers!
ABV: 6.7% IBU: 61 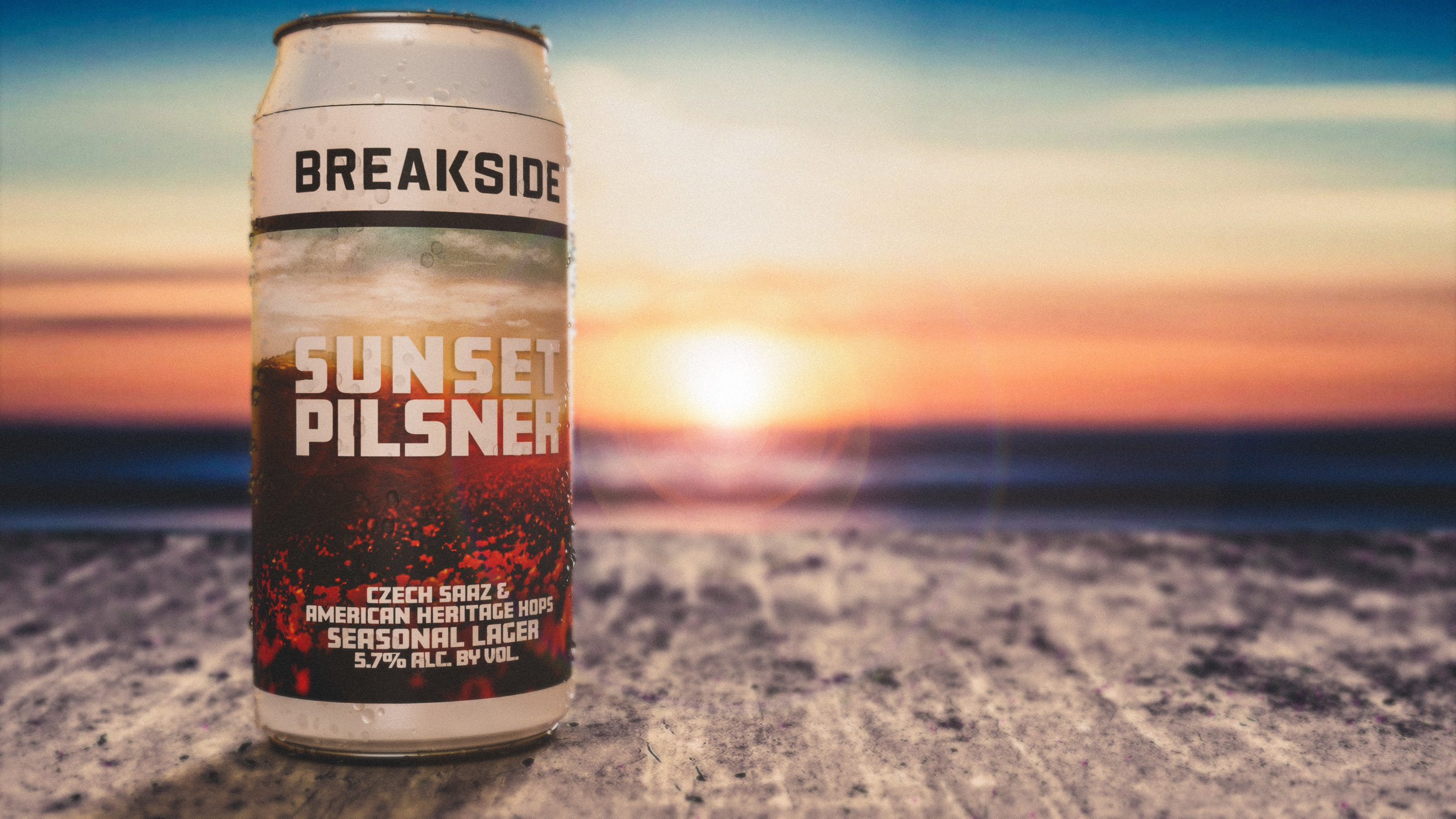 Sunset Pilsner – 10-Year Anniversary Series
Collaborator: Figueroa Mountain Brewing Co – Buellton, California
Our eighth out-of-state collaboration is with Figueroa Mountain Brewing Co from Buellton, California. Kevin Ashford and his team at Fig Mountain make some of the best beer in all of California, and we’ve long admired the full range of styles that they put out. Above all, though, it’s their love of lagers, and expertise in making them, that really inspires us. For this collaboration, we wanted to put together a full flavored, bright golden lager that suited the climate of the California coast. Imagine the beer you’d want to drink if Oktoberfest were held in Big Sur rather than Munich. We combined the light body, dry finish, and bitterness of a Pilsner with the malt flavors of a modern German festbier: a liberal dose of sweet and toasty Vienna malt lays the foundation, which we cut with crackery Pilsner malt. Persistent hopping with Czech Saaz and American-grown Liberty hops give this beer a refined finishing bitterness that makes you want to take another drink. Raise a tallboy of this debut canned lager from us, and offer a “prosit” to friendships built with fellow brewers and the delicious beers that come from them!
ABV: 5.7% IBU: 29 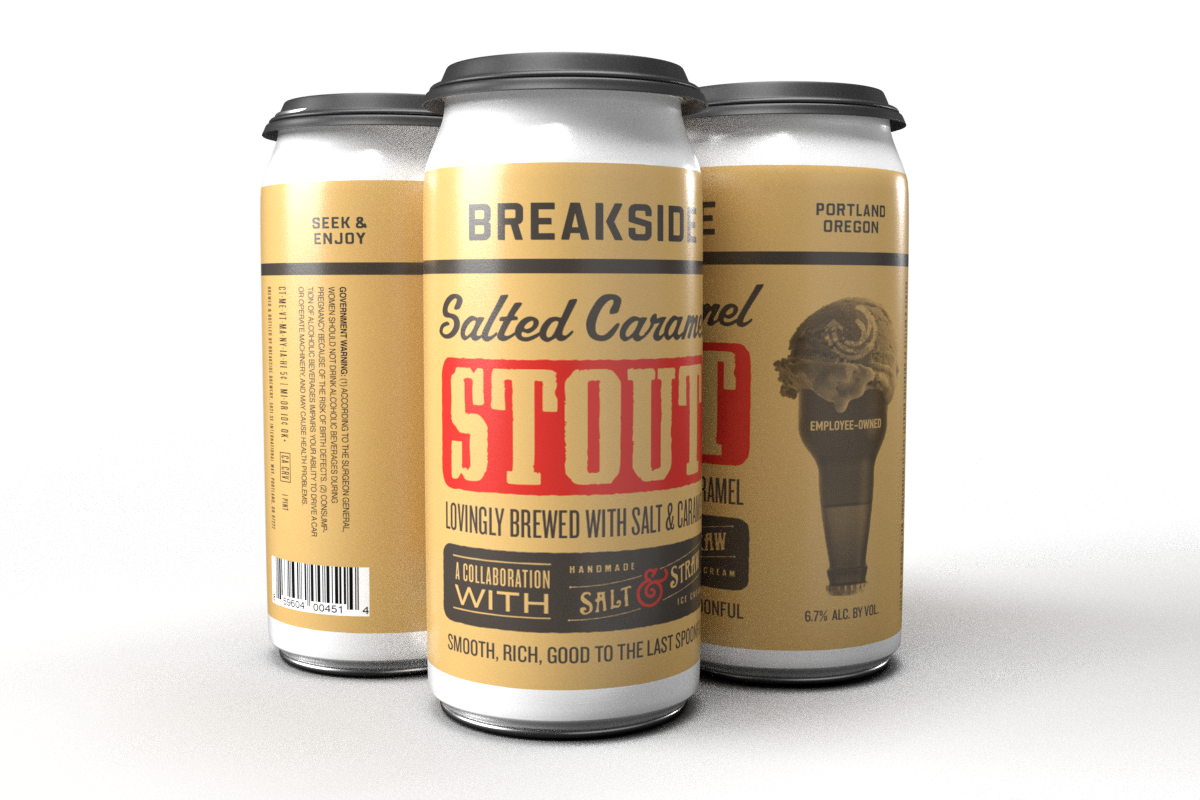 Salted Caramel Stout
A collaboration with Salt & Straw Ice Cream, this has been one of our most popular beers over the past few years. The base beer is a full-bodied stout, and we add both sea salt and a specially made caramel to the wort before fermentation. The finished beer is rich and balanced with a luscious caramel flavor in the aroma and mid-palate, a hint of salt in the finish, and a smooth, rich roast character.
ABV: 7.2% IBU: 33