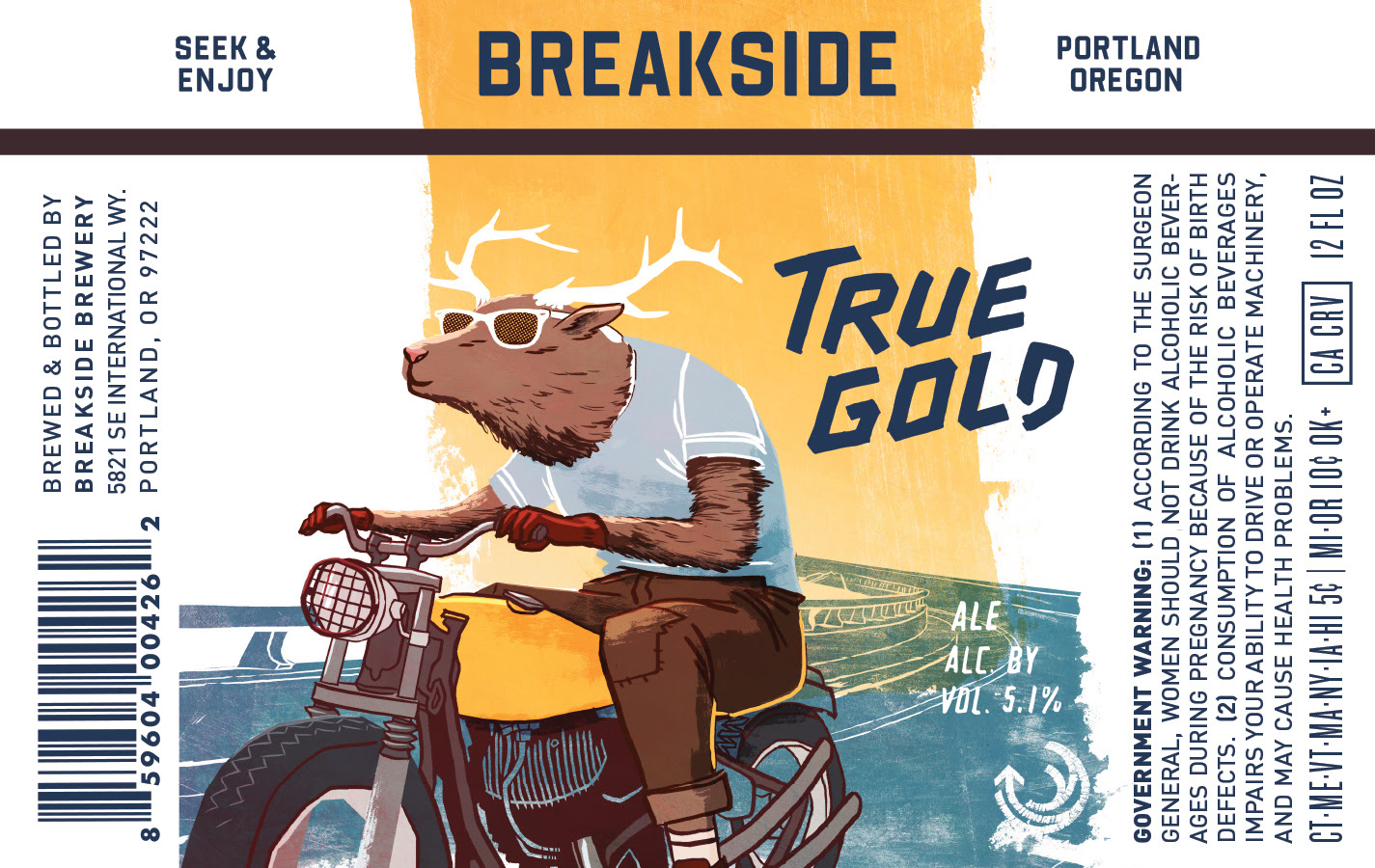 A new beer will join Breakside Brewery’s year-round lineup next week with the release of True Gold, a West Coast Golden Ale. Designed to be an easy drinking, everyday beer, True Gold will be available in convenient 6-pack, 12-ounce bottles.

True Gold is the only new year-round beer that Breakside Brewery plans to introduce in 2019. Plus, this new beer was awarded a Silver Medal in last week’s Oregon Beer Awards in the Golden Blonde & Light Ales category.

“Our brewing team took inspiration from friends around the world to create a beer that brings all our favorite elements together to create something that is distinctly west coast,” said Ben Edmunds, Breakside’s Brewmaster in a prepared statement. “True Gold is perfect for people looking for something that’s incredibly easy drinking and is also a favorite among discriminating hop lovers.”

True Gold uses a balanced addition of Galaxy and Mosaic hops with a light malt backbone that results in a lighter ale that’s easy on the palate. And the new beer is a bit more sessionable at 5.1% ABV and 18 IBUs. “This is the kind of beer you want at the end of a hike, after a day skiing, or while relaxing with friends after work,” said Edmunds in a statement.

True Gold will be available in 6-pack, 12-ounce bottles and on draft across the brewery’s distribution footprint beginning on March 15th. Sporting a motorcycle-riding elk (cruising along what looks like Oregon’s highway 101) on its packaging, Breakside’s three Portland area locations will unveil this beer Willie Wonka style, with one 6-pack at each location will be tagged with a “Golden Ticket” that is well worth seeking out!