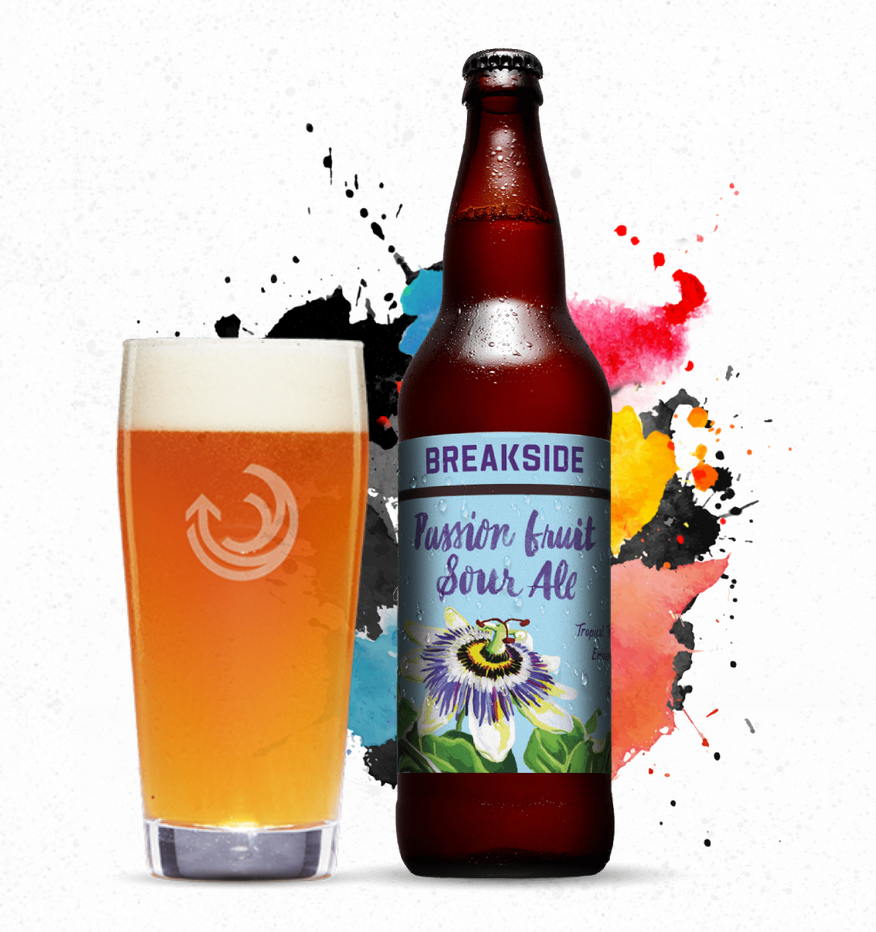 One of the more popular and very approachable sour beers from Breakside Brewery, Passionfruit Sour Ale has been re-released as the brewery’s summer seasonal just in time for the warm days of summer. This sour ale is the brewer’s take on a classic German Berliner Weisse but with an American twist.

Passionfruit Sour Ale is a 100% sour fermented wheat ale that is light in body, refreshing and mouth-puckeringly tart that begins with its stone fruit aromatics. Brewed with Hersbrucker Hops and Light Crystal and Two Row Malt then conditioned in lagering tanks on passionfruit, this beer is a true summer treat at 5% ABV and 3 IBUs. Passionfruit Sour Ale has earned two Bronze Medals at the Great American Beer Festival in 2017 and 2013.

“I find that it is sometimes more difficult to pair beers with light and bright summery dishes than with the heartier dishes that we might eat in the fall or winter,” said Ben Edmunds, Brewmaster at Breakside Brewery, in a statement. “A light, sour beer like Passionfruit Sour is clutch in this sort of scenario, since the acidity, the fruit, and the low alcohol all can complement lighter dishes that showcase summer vegetables and other foods.”

He added that acid-forward beers like Passionfruit Sour also offer a great companion to meats straight off the grill. The acidity is high enough that it can cleanse the palate while eating “backyard barbecue” meats (burgers, brats, ribs).