Here is the brewery’s description on each of the two new releases. 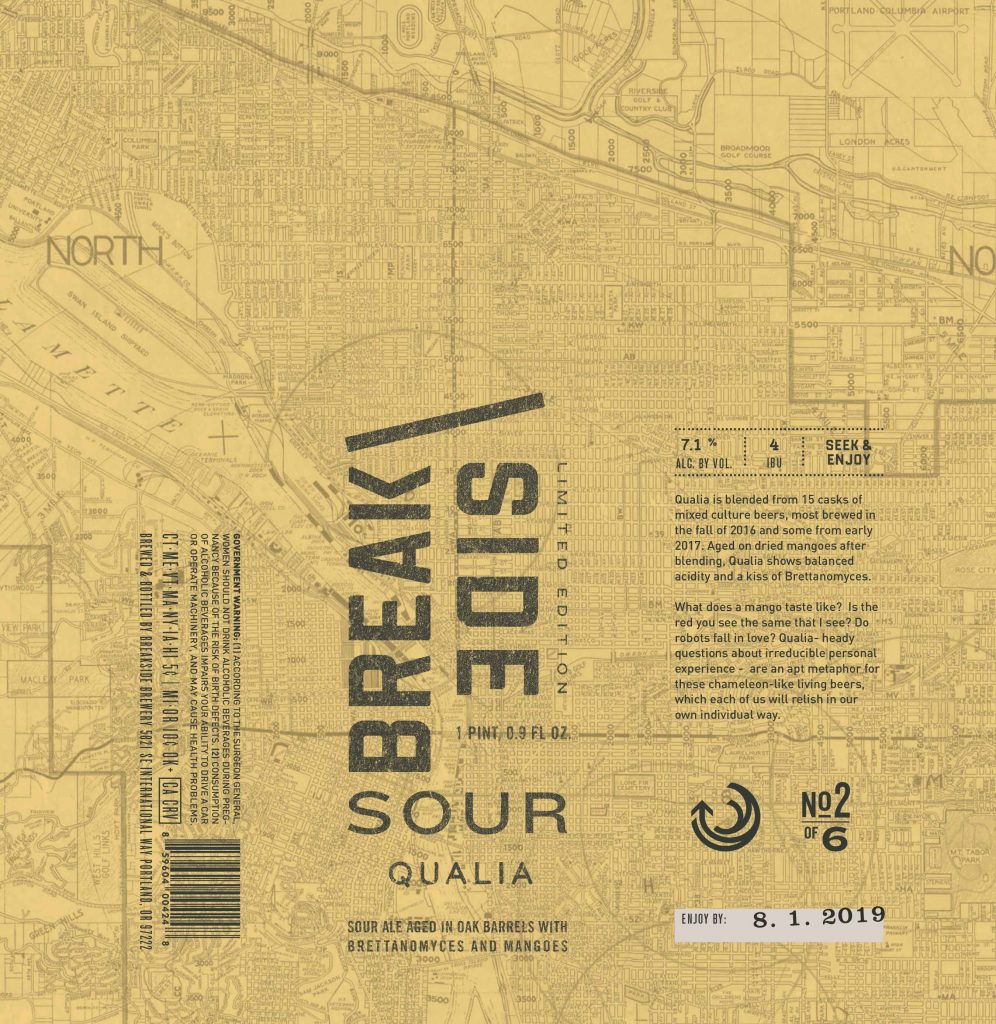 Qualia is the second in Breakside’s new wood-aged sour beer series, simply dubbed “Breakside Sour.” 2018 is the first year that the brewery is releasing its award-winning, barrel-aged sour and wild beers to wide distribution. A result of a complex blending process and months of aging, Qualia is blended from 15 casks of mixed culture beers. Aged on mangoes after blending, it shows balanced acidity and a kiss of Brettanomyces. ABV: 6.7% / IBUs: 3 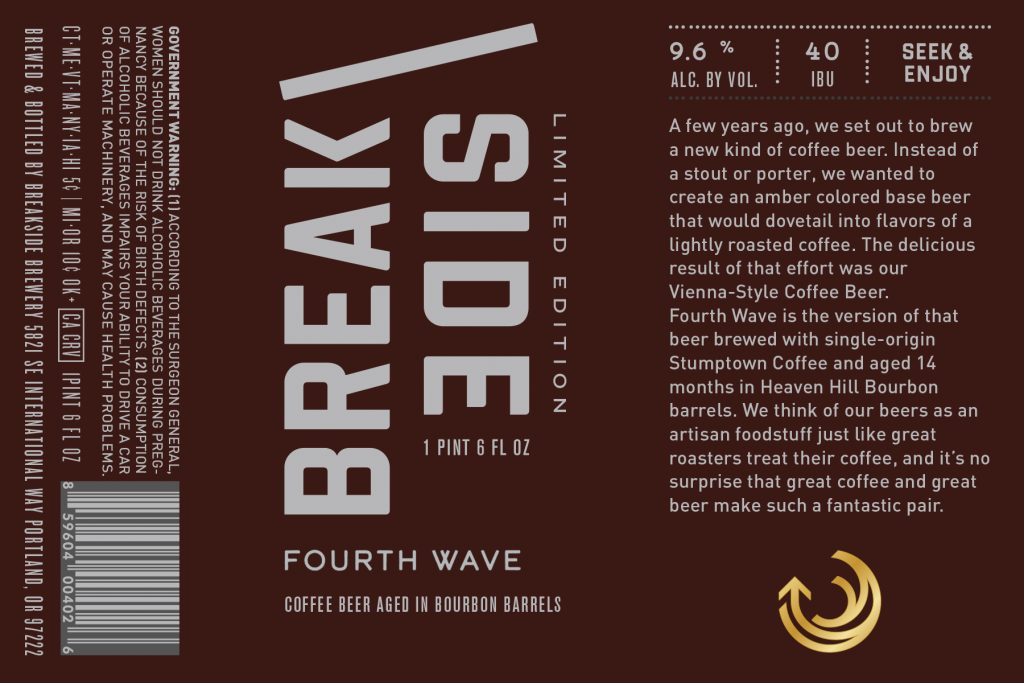 Fourth Wave is the result of two great loves of Oregonians: coffee and beer. Instead of a stout or porter, which more typically boast coffee flavors, Fourth Wave is an amber colored base beer that dovetails into flavors of a lightly roasted coffee. A Vienna-style coffee beer, this brew was made with a single-origin Stumptown Coffee (also based in Oregon) and aged 14 months in Heaven Hill Bourbon barrels. ABV: 9.6% / IBUs: 40