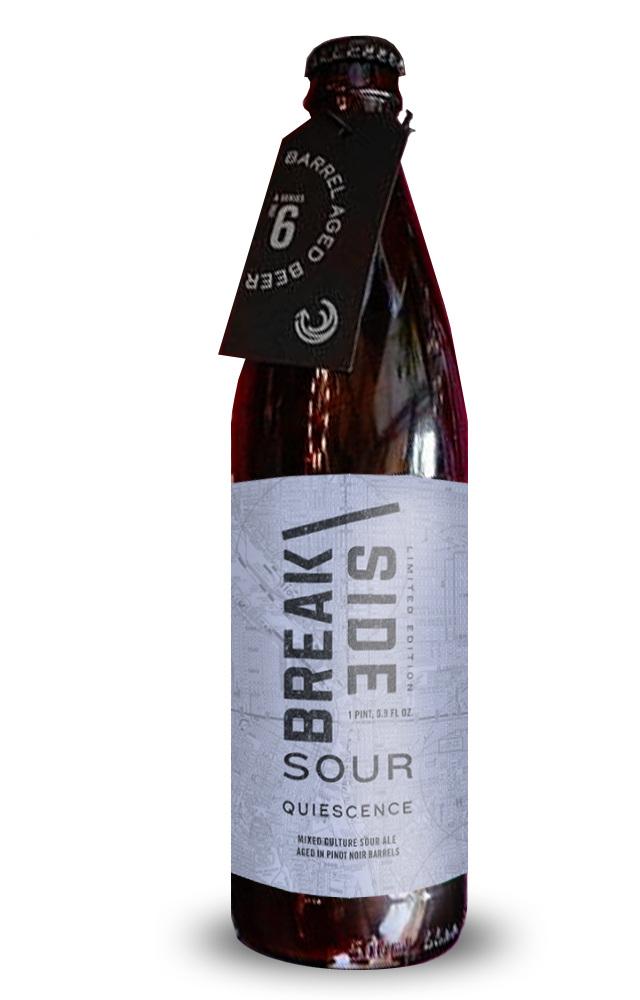 The final beer release from Breakside Brewery’s 2018 Barrel-Aged Sour Program is now upon us. To close out this year of its wide spectrum of sour beers is Quiescence now available in 500mL bottles.

“This program allows us to express some of the most challenging, exciting and inspiring styles in brewing today, and we have had a blast releasing these beers to more people over the past year.,” said Ben Edmunds, Breakside Brewery Brewmaster in a statement. “We’re looking forward to creating more beautiful beers in this series, which are challenging and sometimes several years in the making.”

Quiescence is a blend of 13 casks of wood-aged sour beer aged for 12 months in Pinot Noir barrels from Archery Summit. Named after a state of inactivity or prelude, it reflects the time suspended in the brewery’s barrel house, waiting for release. Quiescence features notes of sandalwood, light stonefruit and mild oak in a balanced mixed-culture sour that sits at 5.9% ABV and 3 IBUs.

In the coming year look for additional new beers coming from Breakside Brewery in its barrel-aged sour program that will explore different barrel options and ingredients.