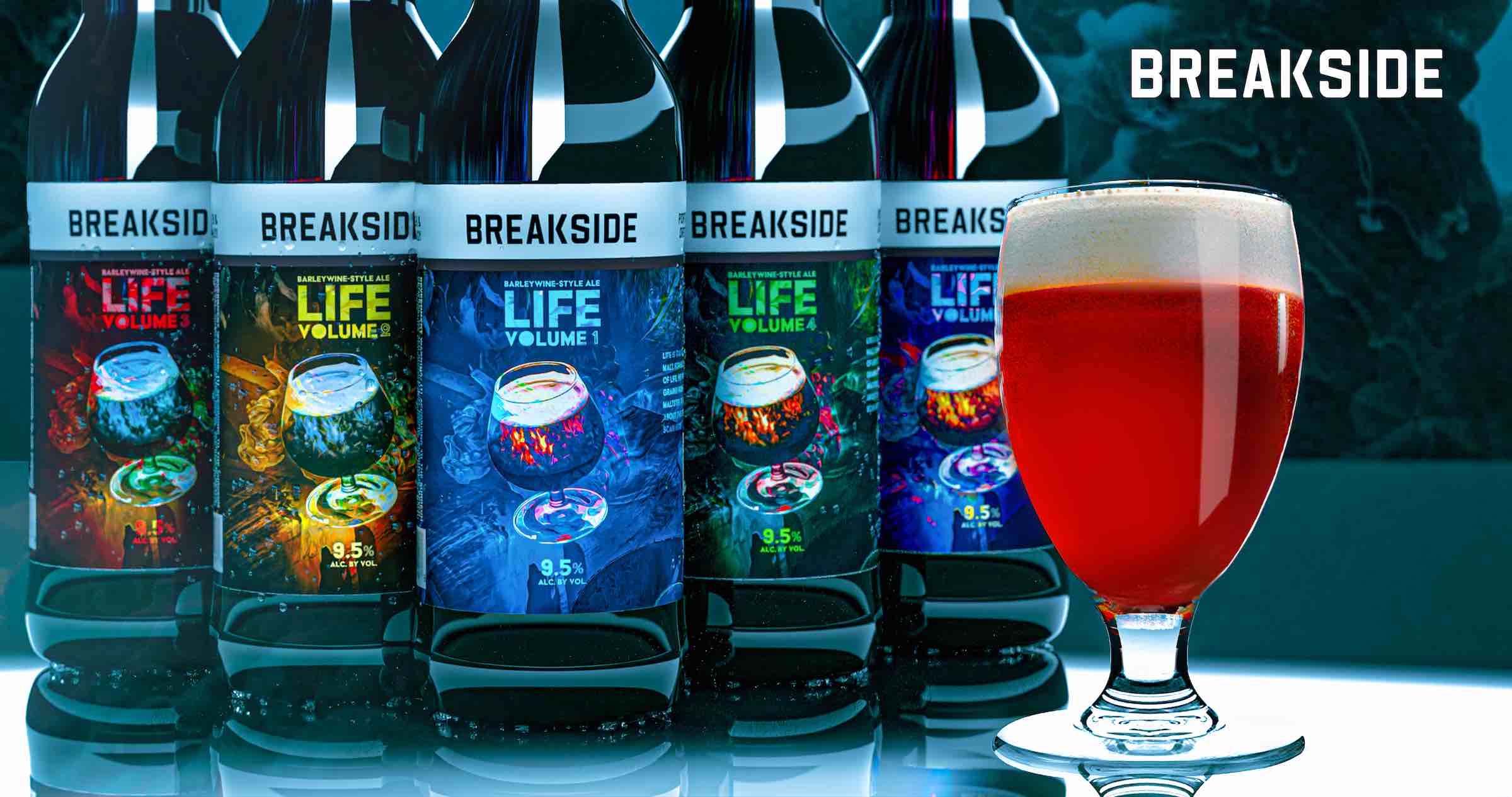 Portland, Ore. Nov. 15, 2022 — Breakside Brewery, one of Oregon’s most award-winning breweries, announces that over the next four months it will release LIFE Barleywine in six variations. The first releases on November 20 and replaces Salted Caramel Stout, Breakside’s collaboration with Salt & Straw, as a core seasonal release in 22oz bottles.

Every batch of LIFE Barleywine clocks in at 9.5% ABV and will feature specialty grains from a different maltster. Breakside’s brewmaster, Ben Edmunds, selected some of the most renowned British maltsters, as well as up and coming producers from the Northwest. Each recipe is built around the nuances of the malt from the following producers, respectively:

LIFE’s color, flavor, and malt profile will vary batch to batch, matching the change of seasons. The initial release on November 20 will feature a barleywine that is autumnal in inspiration, copper in color, and toffee-forward. Closer to the Winter solstice, the next version will be darker with notes of roasted nuts and macerated raisins. As Spring approaches each subsequent brew will become progressively lighter in color with the nuances of the paler malts showing through.

The packaging for each batch of LIFE will also change colors with each release so that drinkers can easily differentiate releases. Labels feature a QR code that will send drinkers to a webpage detailing the differences between every variant’s malts and flavor profiles.

LIFE Barleywine can be found throughout Breakside’s distribution footprint on draft and in 22oz bottles.

About Breakside Brewery
Breakside Brewery opened in 2010 as a small brewpub in NE Portland and has grown to be a highly regarded regional brewery producing more than 30,000 barrels annually. In addition to winning many national, international, and regional awards for its beers, Breakside was named Brewery of the Year by the Oregon Beer Awards in 2017, 2019, 2020, 2021 and 2022, and at the 2018 Best of Craft Beer Awards. Breakside has five locations in the Portland metro region including NE Dekum, NW Slabtown, Lake Oswego, SE Taproom in Milwaukie, and The Breaksider on SE 82nd Ave. Breakside is also one of only a handful of employee-owned breweries in the country.