In time to close out winter, Brewery Ommegang releases its new Siren’s Song, a dark ale brewed with figs and raisins. Siren’s Song takes its name from the enchanting melodies that fabled sirens used to lure in weary sailors at sea. Part of Brewery Ommegang’s Limited Edition releases, Siren’s Song will available soon for a limited time in 12 oz. four-packs and on draft.

“Belgian-style dark ales are a treat to drink,” stated Ommegang’s Innovation Manager Justin Forsythe, in a release. “Sirens’ Song is brewed with dark Belgian candi syrup to impart decadent notes of dark fruit and burnt sugar, and also brewed with raisins and figs in order to compliment the rich, fruity character of this dark ale. It’s a wonderful wintertime treat, or a beer to age for years to come.”

Forsythe developed this recipe for Siren’s Song and designed a beer that is bold at 9% ABV. The beer is described as a mahogany colored ale that pours a thick, creamy tan head with distinct lacing. Aromas of roasted malt and dark fruit are pronounced. The flavor begins with sweetness and caramel notes and finishes smooth with lingering hints of caramelized sugar and balanced bitterness.

Siren’s Song is brewed with pilsner, midnight wheat, and soft red wheat malts, and is then hopped with noble varieties for balanced hopping. The figs and raisins used in brewing not only add to the complexity of the beer but also represent cargo lost to the sea because of the bewitching sirens’ songs.

Pairing suggestions provided by Brewery Ommegang include grilled meats and BBQ, smoked salmon or trout, and rich cheeses like blue cheese and cheddar.

And here is a peek at the 2017 Brewery Ommegang beer release calendar. 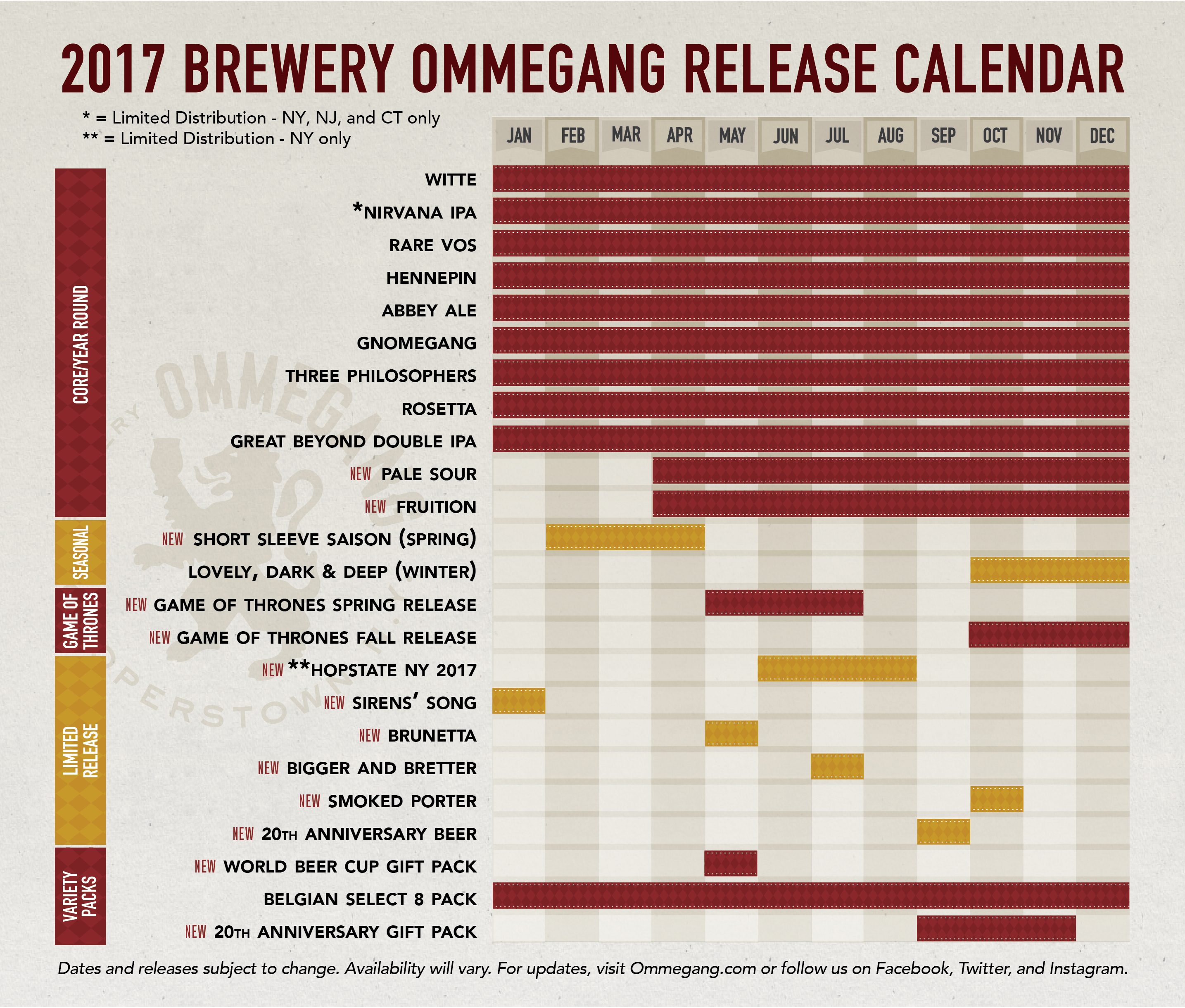