Returning once is the 2016 edition of STUMPTOWN Tart from BridgePort Brewing Company. For this year the brewers at BridgePort decided to brew a Cherry Saison that features Pacific Northwest grown sour cherries.

On Thursday, March 10 from 5:30pm to 8:00pm, BridgePort Brewing will be releasing STUMPTOWN Tart Cherry Saison at its brewpub in Portland’s Pearl District. STUMPTOWN bottle model, Bernie Dexter will be at the bottle release and available for pictures, signed posters and a kissing booth! All donations from the kissing booth will benefit Oregon Wild. 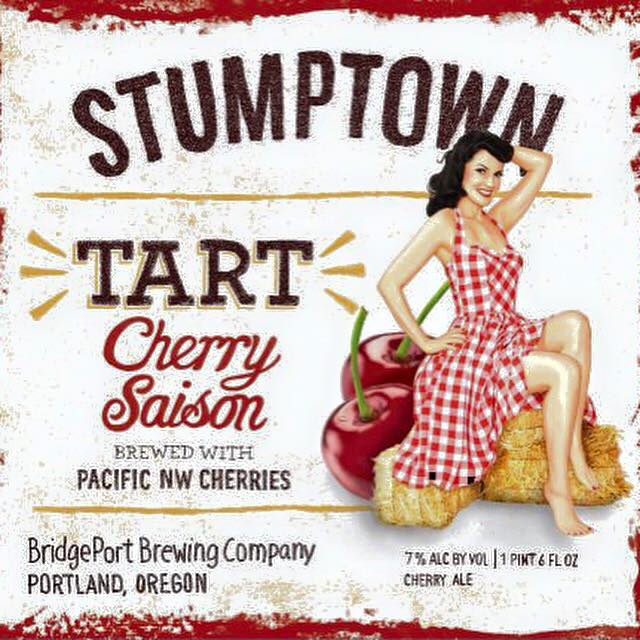 As with every STUMPTOWN Tart release BridgePort changes up the recipe from the previous releases. For 2016 BridgePort brewed a Cherry Saison that includes over 2,000 pounds of Pacific Northwest grown sour cherries. But before these sour cherries were added the brewers started with a blended malt base that used 20% wheat along with a Belgian Saison yeast that allows for the sour cherry flavor to rise above the softer malt bill. Then the beer was lightly hopped using German and Czech hops to provide a little additional character.

STUMPTOWN Tart Cherry Saison comes in with 7.0% ABV, 15 IBUs and an OG of 15.85. Look for it in 22 oz bottles across BridgePort’s distribution footprint.