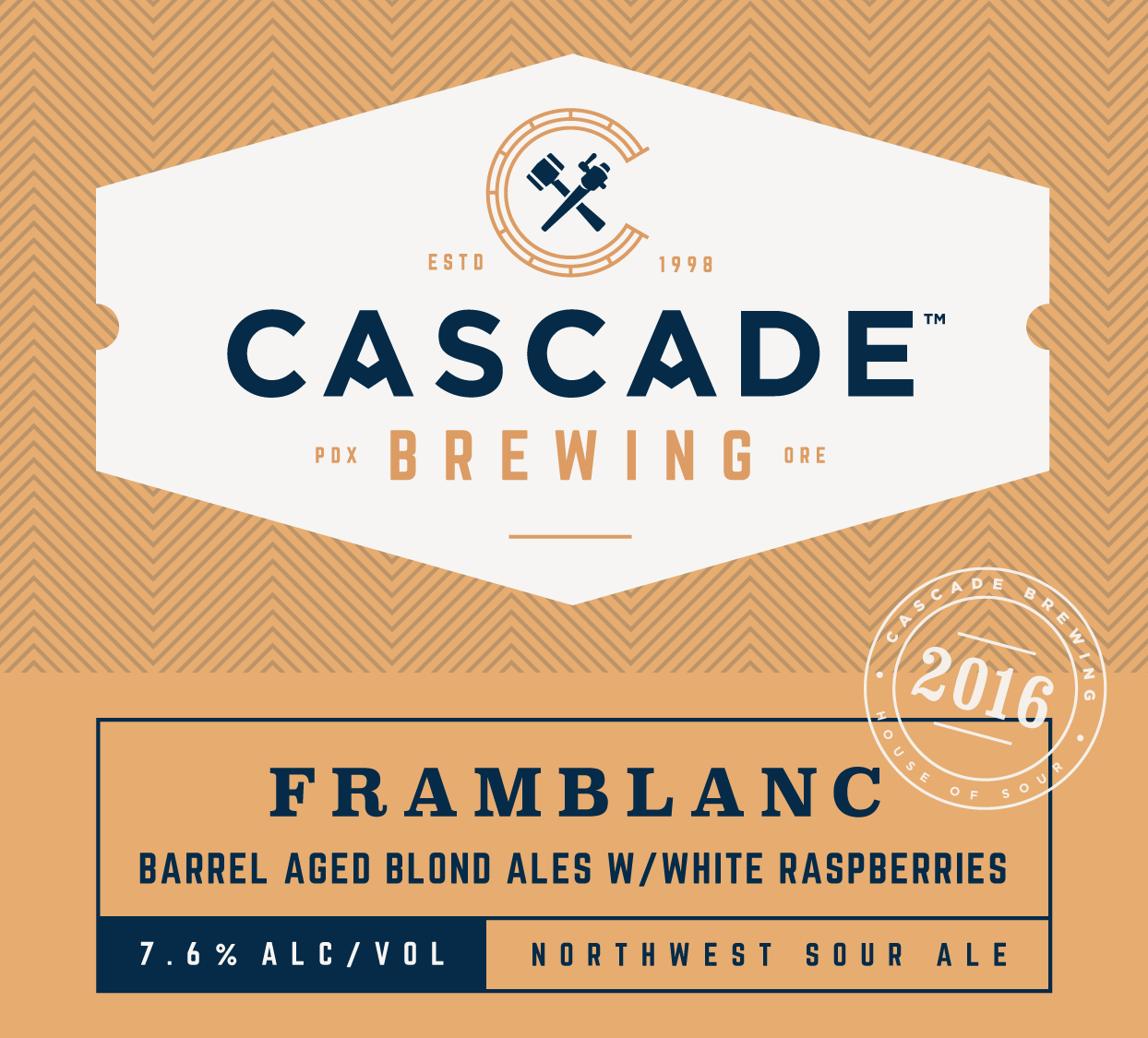 PORTLAND, Ore. – Cascade Brewing will release its Framblanc 2016 project today, July 18, at 12PM PDT. It will be available in both bottle and draft at its two Portland pubs – the Cascade Brewing Barrel House and the Raccoon Lodge – as well as through its distribution channels, though limited in quantity.

Framblanc 2016 is a blend of sour blond ales aged for up to 14 months in oak wine barrels with more than 3,500 pounds of white raspberries. It features fresh flavors of raspberries, green grapes, white peaches and pears and is 7.6 percent ABV.

This is only the second time Cascade has packaged this project; its Framblanc 2015 project was awarded the Gold Medal at the 2017 Oregon Beer Awards.

“We expect Framblanc to sell out as fast as the previous two limited releases: Kentucky Peach and Tangerine Dream,” stated Tim Larrance, VP of Marketing and Sales. “Those projects both sold out within days of their respective release dates. Our fans will want to grab a bottle of this while it’s available.”

Framblanc is a tier two offering; Cascade’s new bottles have distinct label styles for each of the three Cascade Brewing pricing tiers, with each label within the tier utilizing distinctive colors to clearly differentiate each beer. The tiers differ by the style of beer used in the product, the type ingredients contained within, the time aged in the barrels and types of barrels used.

The next scheduled Cascade Brewing release is Sang Noir in August.

About Cascade Brewing
Cascade Brewing has been a pioneer in the sour beer renaissance since 2006 and the proud innovator of the Northwest Sour Ale. Its distinctive sour beer blends feature fruit forward, barrel-aged ales with an emphasis on project year-to-year variation. These beers offer a complex array of flavors derived from the acid, the fruit and the residual flavors present in the barrels in which they age. The resulting beers offer a complex array of flavors and aromas derived from with each project year release capturing the unique subtleties of that year’s growing season. Cascade Brewing’s sour ales are brewed and blended in Portland, Oregon. For more inforamtion, visit CascadeBrewing.com and join the brewery on social media @CascadeBrewing. Cheers to the sours; enjoy in a profoundly wise manner.