Kriek 2016 is described as “a blend of sour red ales aged in oak wine barrels for up to 17 months with both Bing and sour pie cherries. The beer features complex flavors of cherries, roast malts, oak and spice, and comes in at 7.4 percent ABV.” 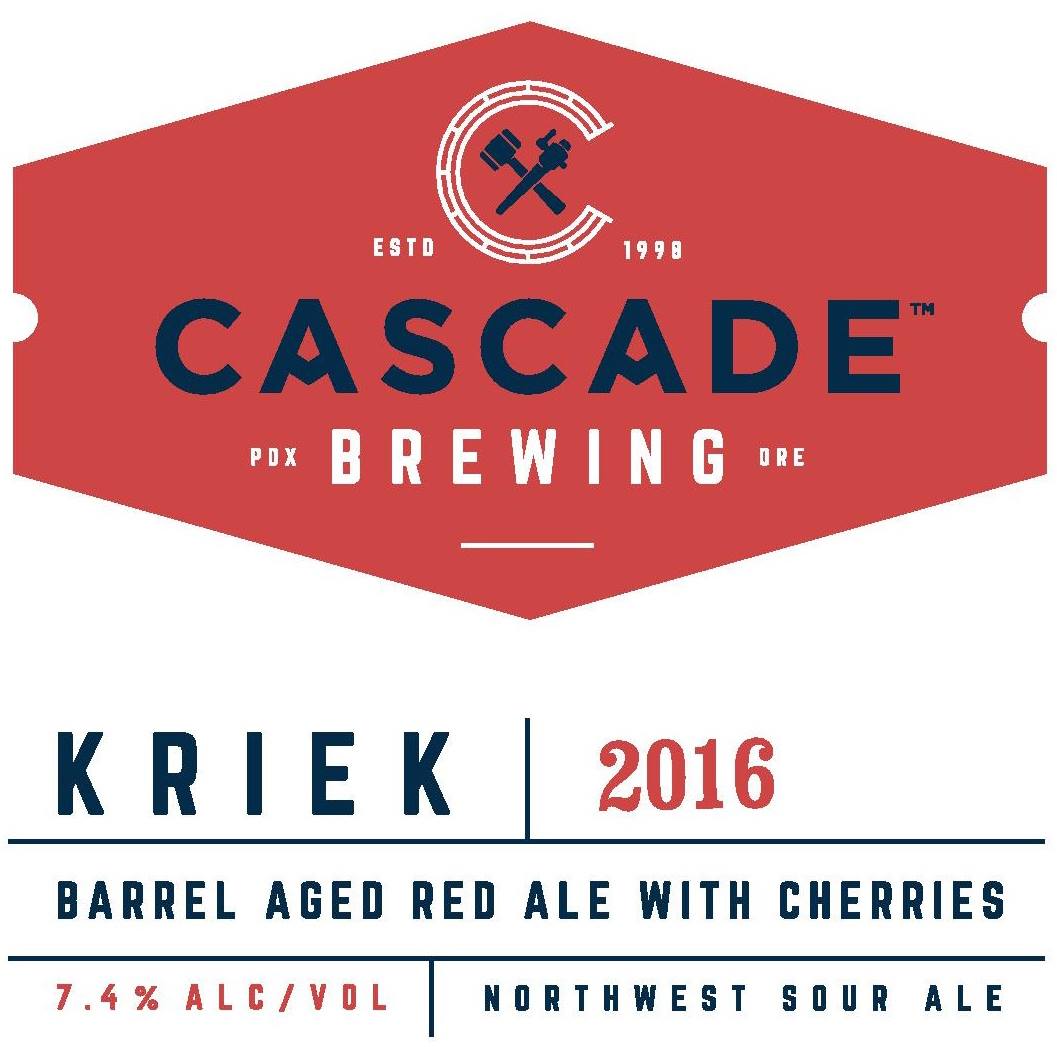 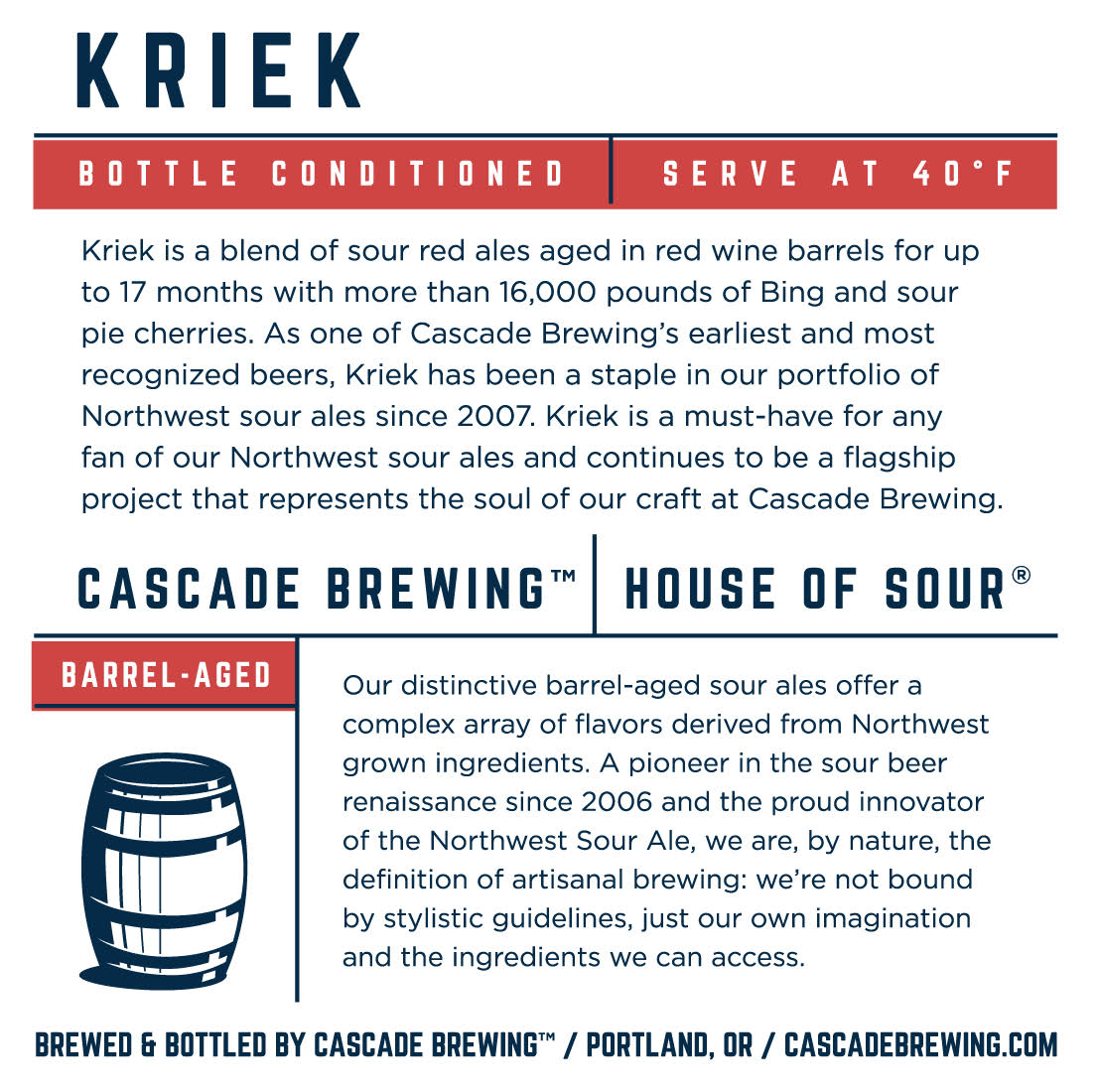 “As one of our earliest and most recognized beers, Kriek has been a staple in our portfolio of Northwest sour ales,” explained Tim Larrance, vice president of sales and marketing in a news release. “Kriek continues to be a flagship project that represents the soul of our craft.”

With the release of Kriek 2016, this market the first offering of Kriek in this new label design. This release will also be the first release of Kriek since the New York Times rated the “Top Sour Beer in America” last fall. Soon after that article came out, Cascade sold out of all the remaining Kriek 2015 in stock, as well as any of the few bottles of Kriek 2014 that remained.