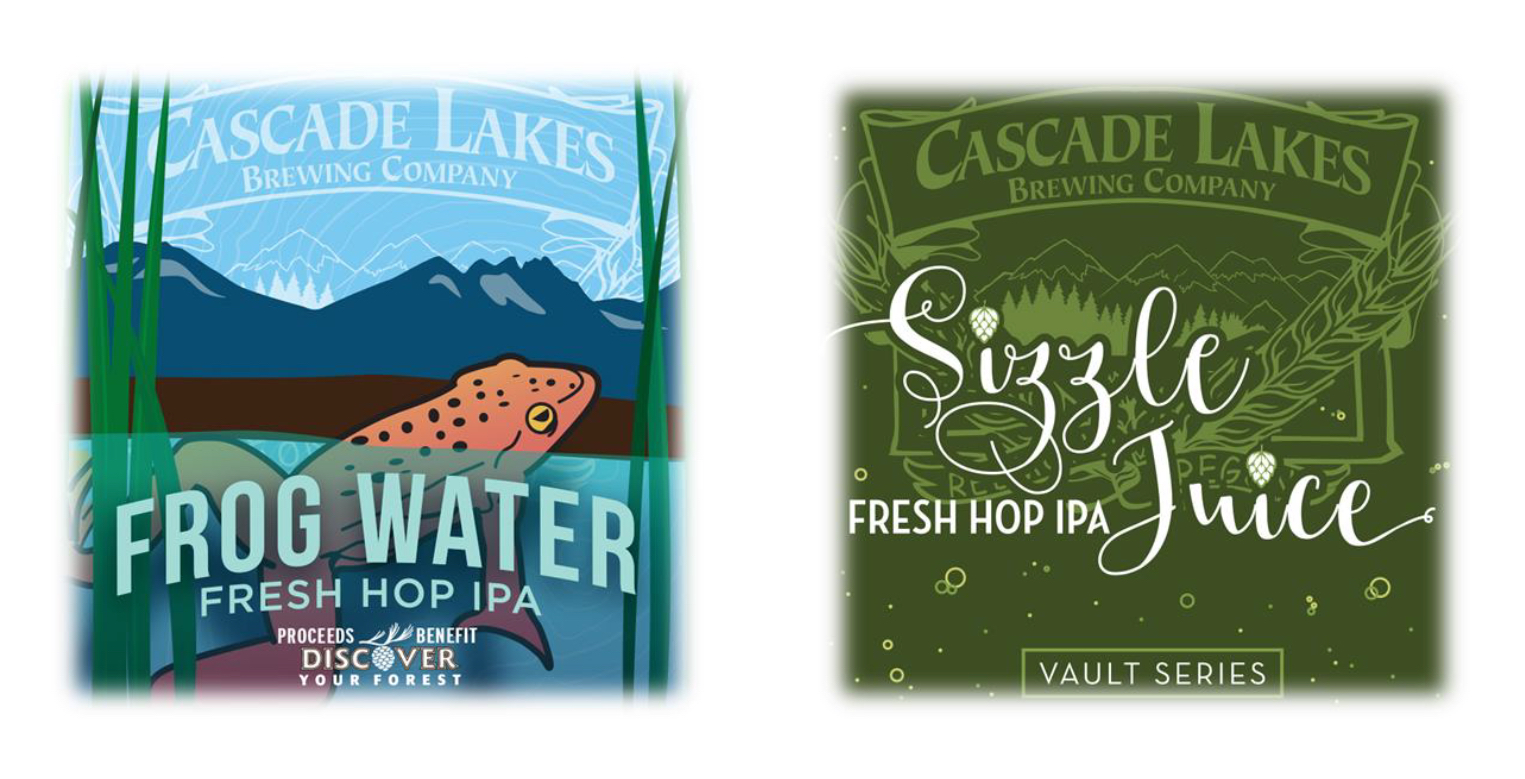 “What an amazing cause and what a delicious Fresh Hop IPA! We are proud to donate $500 to Discover Your Forest to increase awareness and restoration needed for the habitat of the Oregon spotted frog,” said Chris Justema, Partner and President of Cascade Lakes Brewing Company.

“The creation of this beer represents a great coming together of some of the conservation objectives for water in this basin by shining a light on habitat restoration needs for the frog in the Deschutes basin, while supporting local agriculture. It embodies the win-win we are collectively striving for. It is awesome having Cascade Lakes as a partner in conservation!” said Jason Gritzner, Forest Hydrologist and Watershed Program Manager for the Deschutes and Ochoco National Forests.

The second seasonal release is Sizzle Juice, another fresh hop IPA with 100% whole cone wet hops grown in Oregon. Each painted bottle is packed with Simcoe hops from Doug at Sodbuster Farms and Cascade hops from Tim “Sizzle” Sisney, a Central Oregon local. “Our friend Tim started growing hops a few years back and had so much success that we decided that team Cascade Lakes and Tim should join efforts resulting in a beer named in his honor. Sizzle juice has a floral aroma and mild bitter finish that is available just once a year.

“This is the third year we have produced this wet hop ale and it never disappoints. The hop trip is worth the effort year after year,” says Justema.

Sizzle Juice is available as a limited series in 22oz Bottle & Draft.