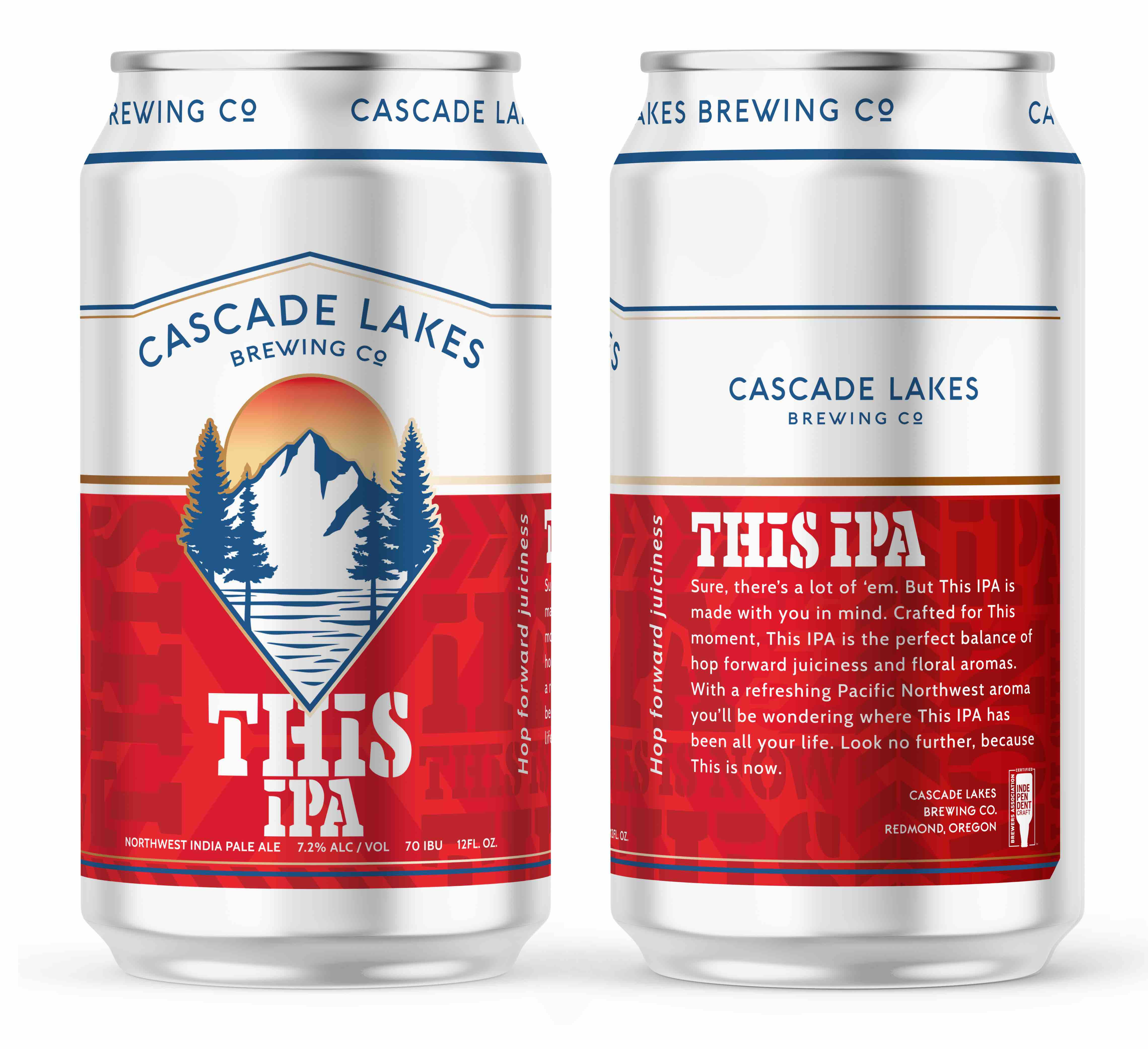 Naming a beer can be a challenge these days with so many breweries and beers. For its latest year-round beer Cascade Lakes Brewing Co. took it a few steps back with the naming of its latest Northwest IPA, This IPA.

Described as a true Northwest India Pale Ale, This IPA is the perfect balance of hop-forward juiciness and floral aromas that will leave people wondering, “Where has This IPA been all my life?”

“With so many IPAs on the market, including six different seasonal or year-round versions here at Cascade Lakes, we decided it was time to put an end to the Northwest IPA debate once and for all, and we believe we achieved that with This IPA,” said Cascade Lakes’ brewmaster Ryan Schmiege. “From mowing the lawn to a celebratory summit beer, This IPA was crafted precisely for that — I mean this — moment.”

Brewed with four different hops including Centennial, Amarillo, Simcoe, and Citra, and with an ABV of 7.2% and 70 IBUs, This IPA is not to be taken lightly. Now available on tap at Cascade Lakes’ Central Oregon pub locations, and on tap and in six-pack 12 oz. cans at restaurants, bars, and grocery stores throughout Oregon, Washington, Northern California, Idaho, and Montana,