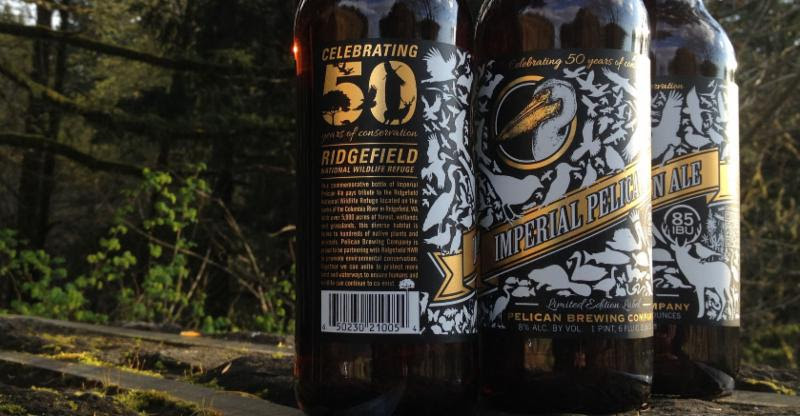 To pay tribute to the Ridgefield National Wildlife Refuge, Pelican Brewing Company has released a special bottle of Imperial Pelican Ale. This commemorative label showcases 50 of the species of plants and animals that can be found on the refuge located on the banks of the Columbia River in Ridgefield, WA. Along with the label there are custom coasters and a website with a key that identifies various animals that are featured on the label.

With over 5,000 acres of forest, wetlands and grasslands, this diverse habitat is home to hundreds of native plants and animals. Pelican Brewing Company is proud to be partnering with Ridgefield NWR to promote environmental conservation.

Imperial Pelican Ale is a classic Pacific Northwest IPA. We’re not exactly objective, but we consider this beer to be among the top tier of craft brews – and it’s won enough medals to prove it! Imperial Pelican is one of our first core beer styles (originally named “India Pelican Ale”) and we think of it as part of our own heritage in a bottle. Huge Cascade hop aroma, subtle malty sweetness, and a spicy, citrusy flavor; this ale is all that a Northwest Imperial Pale Ale should be. 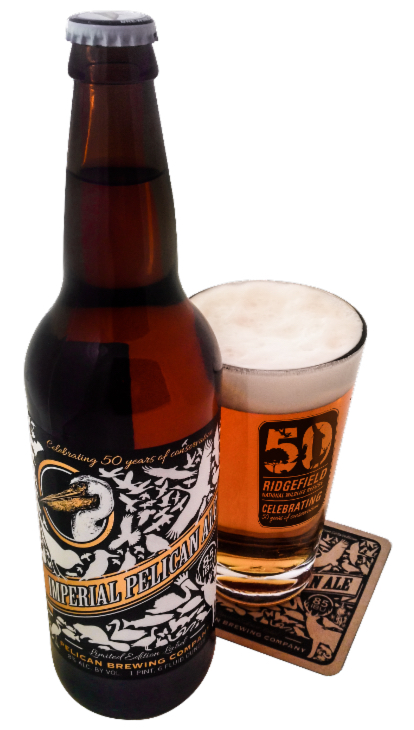