Back in 1988 Gary Fish founded Deschutes Brewery and now 29 years later the ever-expanding brewery from Bend, Oregon is set to celebrate its 29th anniversary tomorrow on Tuesday, June 27th. To celebrate this milestone Deschutes will release its annual Black Butte XXIX at its pubs in both Portland and Bend prior to its complete national rollout.

Black Butte XXIX is part of its annual Reserve Series that honors the brewery’s anniversary. This beer is an imperial, barrel-aged version of our flagship Black Butte Porter that sits at 11.5% ABV and 50 IBUs. For this year’s version look for hints of cocoa, Saigon cinnamon and cayenne, aged in bourbon and rum barrels. Black Butte XXIX is available in limited quantities of 22 oz. wax dipped bottles and on draft wherever Deschutes is sold.

To get your first taste of Black Butte XXIX join Deschutes Brewery at either of its pubs on Tuesday, June 27th for its 29th Anniversary Celebration with a 1980’s themed day of Saved By The Butte that includes a flight of various years, food specials, tunes, costume contest and more. 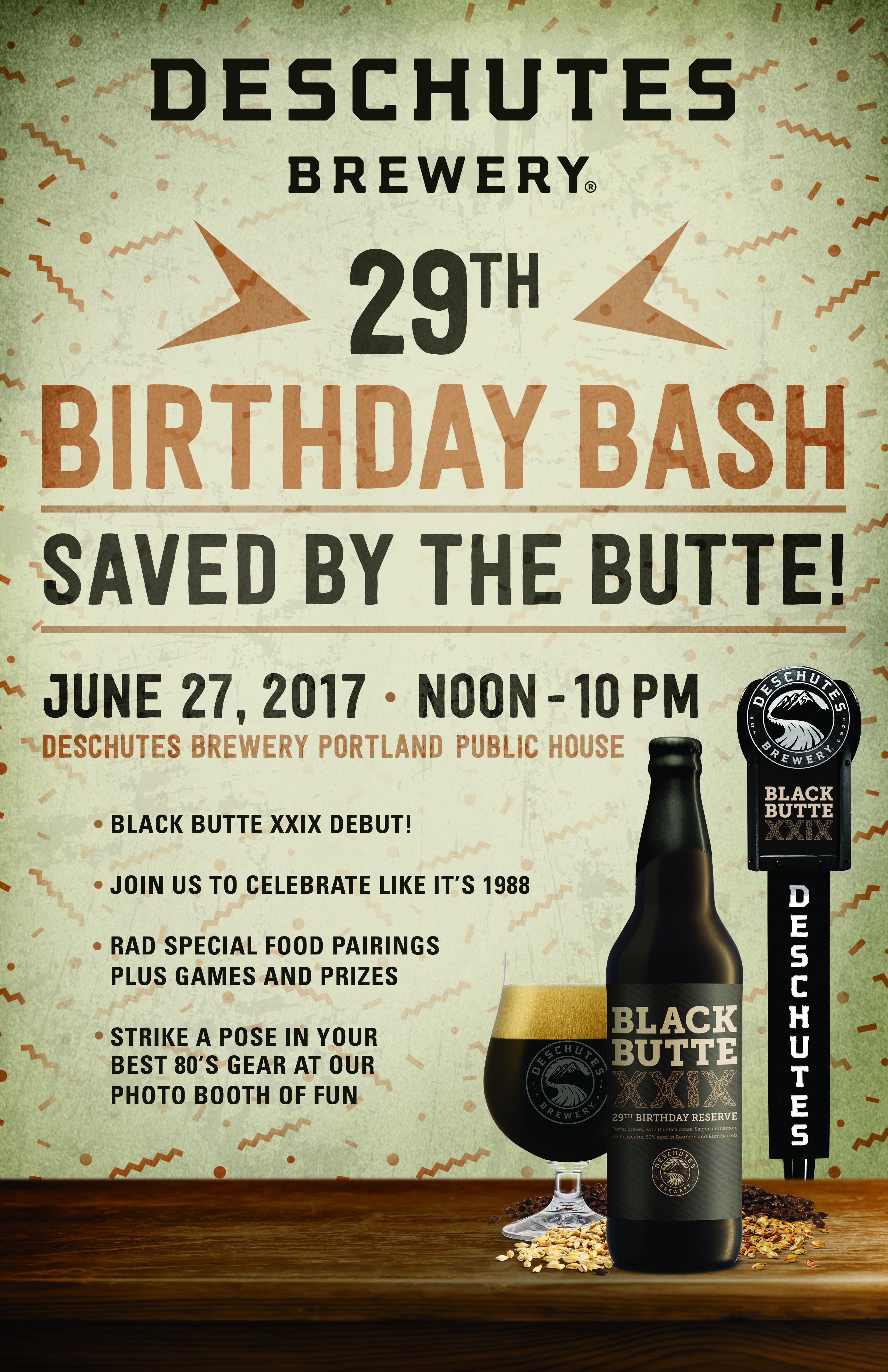 Deschutes will be pairing its Party like it’s Black Butte XXIX with Mexican Chocolate Truffle Bites along with a complete food menu that compliments this big, bold beer.

Then to keep this 80’s Saved By The Butte theme going Deschutes will have a photo booth set up to snap a pic to share on social media. Just make sure to use hashtag #SAVEDBYTHEBUTTE on these pictures! 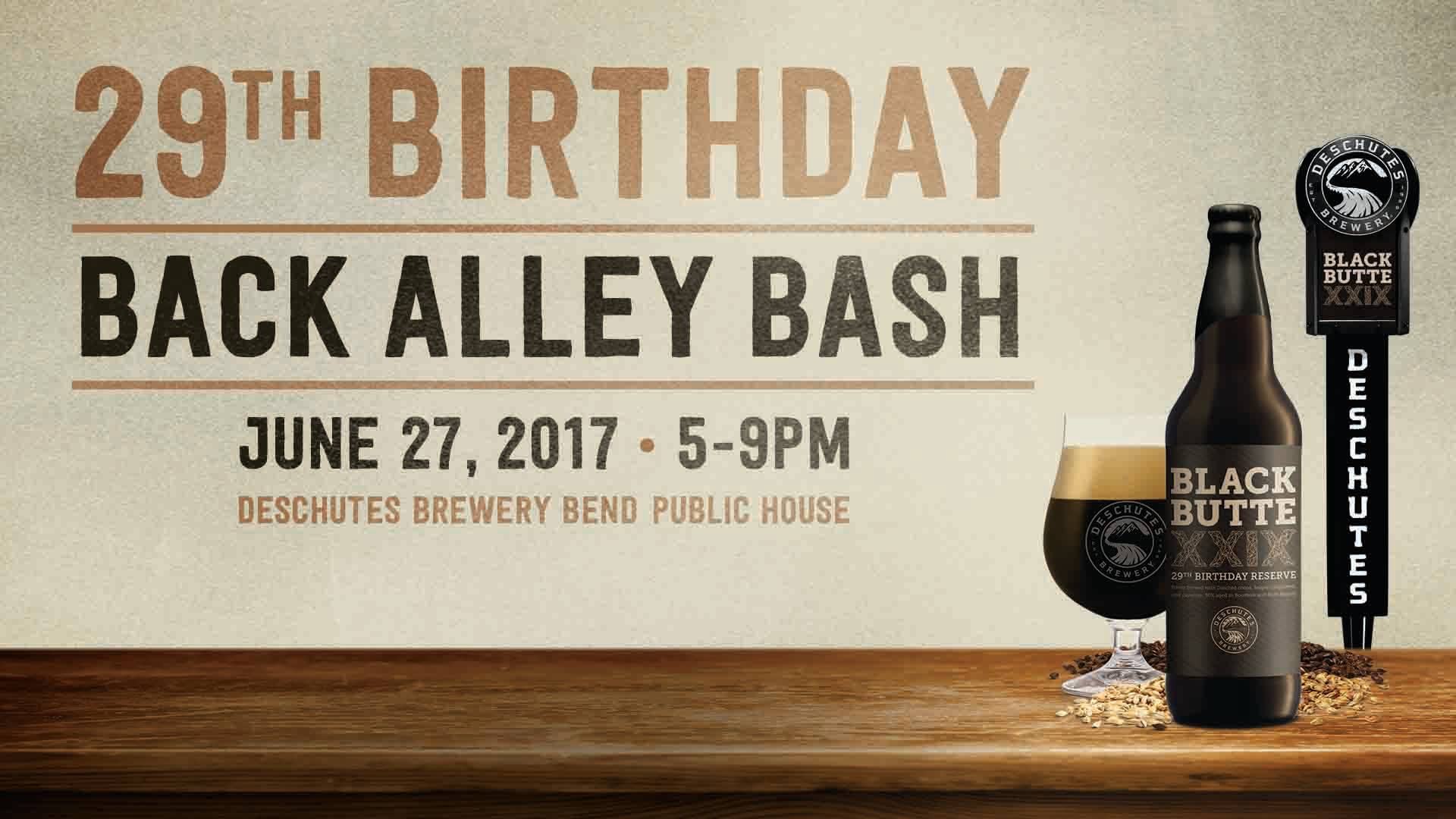 Deschutes 29th Annivesary – Deschutes Brewery Bend Public House:
Party like it’s 1988 on Tuesday, June 27 from 5:00-9:00pm as Deschutes Brewery celebrates its 29th anniversary and the release of Black Butte XXIX at its Bend Pub. The pub will host its 29th Birthday Back Alley Bash to a 1980’s theme.

The Bend Pub will debut the Black Butte XXIX with flights of Black Butte XXIV-XXIX. Plus out in the back alley there will be live music from WOEBEGONE from 5:30-8:30pm. There will also be food served in the alley that includes Carnitas and Jackfruit tacos served alongside Black Butte Porter, Mirror Pond, Pacific Wonderland and a vintage beer tasting and meet the brewer with Assistant Brew Master Robin Johnson.

Inside look for food specials that are paired with Black Butte XXIX all set to an 80’s theme. There will also be games going on inside the taproom that includes Atari, Plinko, Ring Swing, Quarters, Board Games, and more!