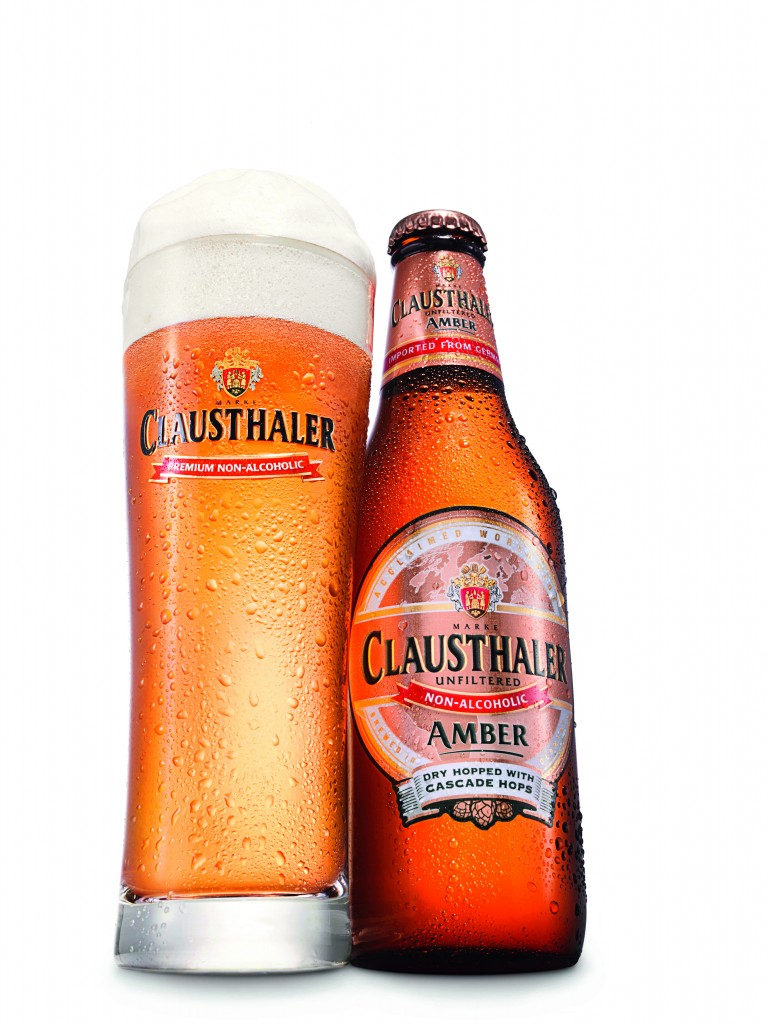 NORWALK, CT May 4, 2015 — Radeberger Gruppe USA, a division of The Radeberger Gruppe Germany, the country’s largest brewing group, today announces the U.S. launch of Clausthaler Amber Dry Hopped, the world’s first dry-hopped, non-alcoholic (NA) beer that is also the world’s first unfiltered NA with Cascade hops. It is a bold new approach to the popular Clausthaler Golden Amber and demonstrates the brand’s commitment to continued innovation, having originally pioneered the entire NA beer category, and to quality refreshment.

“We are very excited to launch the new Clausthaler Amber Dry Hopped,” says Armin Buehler, Senior Marketing Manager, Radeberger Gruppe USA. “We made a bold decision and created a game-changer. At blind tastings, the majority of those who sampled Clausthaler Amber Dry Hopped could not distinguish it from regular beer. It’s really a breakthrough. As consumers embrace higher standards of refreshment, from artisanal iced teas to crafted lemonades, we see Clausthaler as the choice for those who want full-bodied flavor. NA brews are attracting mainstream consumer interest and Clausthaler is once again leading the way.”

As with all Clausthaler brews, a patented process prevents the creation of alcohol through controlled fermentation that reduces the available maltose that yeast convert to alcohol. This allows the full beer flavor to be maintained without any processing to remove alcohol. Other NA beers are brewed conventionally and have their alcohol removed subsequent to brewing using processes that also reduce flavor.

About Clausthaler
Clausthaler is the pioneer and key driver of non-alcoholic (NA) malt beverages and is exclusively committed to the NA segment. Brewed in Germany, it is a best-selling product in more than 50 countries. The brand has won numerous awards, including the Golden Award from the DLG in 2013, World Beer Awards in 2009, 2010, 2011 and 2013, Gold at World Beer Cup in 2000 and the Grande Medaille d’Or 29ème at the Selection Mondiale de la Bière in 1990. Clausthaler is owned by The Radeberger Gruppe Germany, the country’s largest brewing group. For more information, please visit www.clausthaler.com.