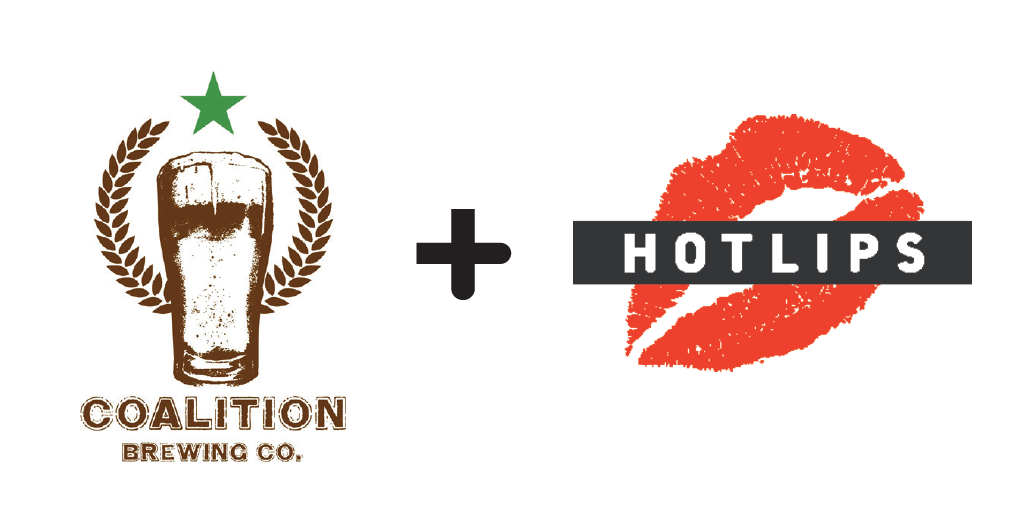 Portland, OR – April 4, 2017 – To honor Portland’s status as a sanctuary city, HOTLIPS Pizza + Soda and Coalition Brewing are proud to join hands and present SANCTUARY IPA. This unique beer is created using hops from all over the world, shouting out that we are stronger together and that the whole is much more than a sum of its parts.

SANCTUARY IPA’s debut release will be held at HOTLIPS Hollywood, April 14th at 5 – 7 PM. Proceeds of beer sales go to the Oregon Chapter of the ACLU. The beer will be available at all HOTLIPS locations and at selected taprooms around town for a limited time only.

COALITION BREWING is a 10-barrel brewery and tasting room in Southeast Portland, born out of a serendipitous encounter between owners Kiley Hoyt and Elan Walsky. Both began as homebrewers and received formal brewing education through the Siebel Institute in Chicago. Coalition Brewing’s handcrafted ales reflect traditional brewing techniques and Northwest innovation, striving to provide patrons with balanced, unique, and highly drinkable beers. www.coalitionbrewing.com.

HOTLIPS Pizza has remained a family-owned business since making Portland’s first “gourmet” pizzas in 1984. In 2005 the line of fresh fruit sodas was introduced. Today there are six pizzerias in Portland, a commissary kitchen, a soda brewing operation, and mobile oven and soda set-up. Local farmers deliver to the central kitchen all week long, ensuring that you have only the freshest local ingredients on your pie. HOTLIPS’ mission is to preserve culture and celebrate humanity through our rich culinary traditions and by joining with others in finding new, sustainable ways of doing business. www.hotlipspizza.com

The American Civil Liberties Union (ACLU) is a nonpartisan, non-profit organization whose stated mission is “to de- fend and preserve the individual rights and liberties guaranteed to every person in this country by the Constitution and laws of the United States.” www.aclu-or.org