Nearly two weeks ago, Clackamas County reopened during Phase 1 during the COVID-19 pandemic. Coin Toss Brewing, located in Oregon City will host its grand reopening this weekend while we continue to deal with the novel coronavirus.

On Friday, June 5 and Saturday, June 6, Coin Toss Brewing will unveil its newly expanded outdoor seating area as it releases two beers with Pale it Forward and Recovery Kölsch.

Social distancing restrictions require Coin Toss’s indoor taproom space to remain closed for now, but an expanded outdoor seating area features additional picnic tables with umbrellas, new Adirondack chairs, patio sails, and a serving window direct to the taproom. The Coop BBQ food truck will be onsite this Friday and Saturday from 4pm to 8pm and every Saturday evening throughout the summer, with rotating food trucks on Friday nights.

“We are stoked to reopen our taproom to onsite consumption,” said Tim Hohl, Coin Toss owner, in a statement.  “We’ve missed our regulars, and it will be such a treat to see our customers in person with pints of beer in their hands again.”

In celebration of the grand opening, Coin Toss will release a new beer brewed specifically as a thank you to the brewery’s fanbase. Pale It Forward is dedicated to the Coin Toss customers who have supported the brewery through recent times. The easy-drinking American pale ale is a delicate malt balance of North American 2-Row, Caramel 15 and a hint of Crystal Rye along with four additions of Willamette Valley Cascade hops (5.2% ABV). Pints of Pale It Forward will be offered for just $5 at the taproom. 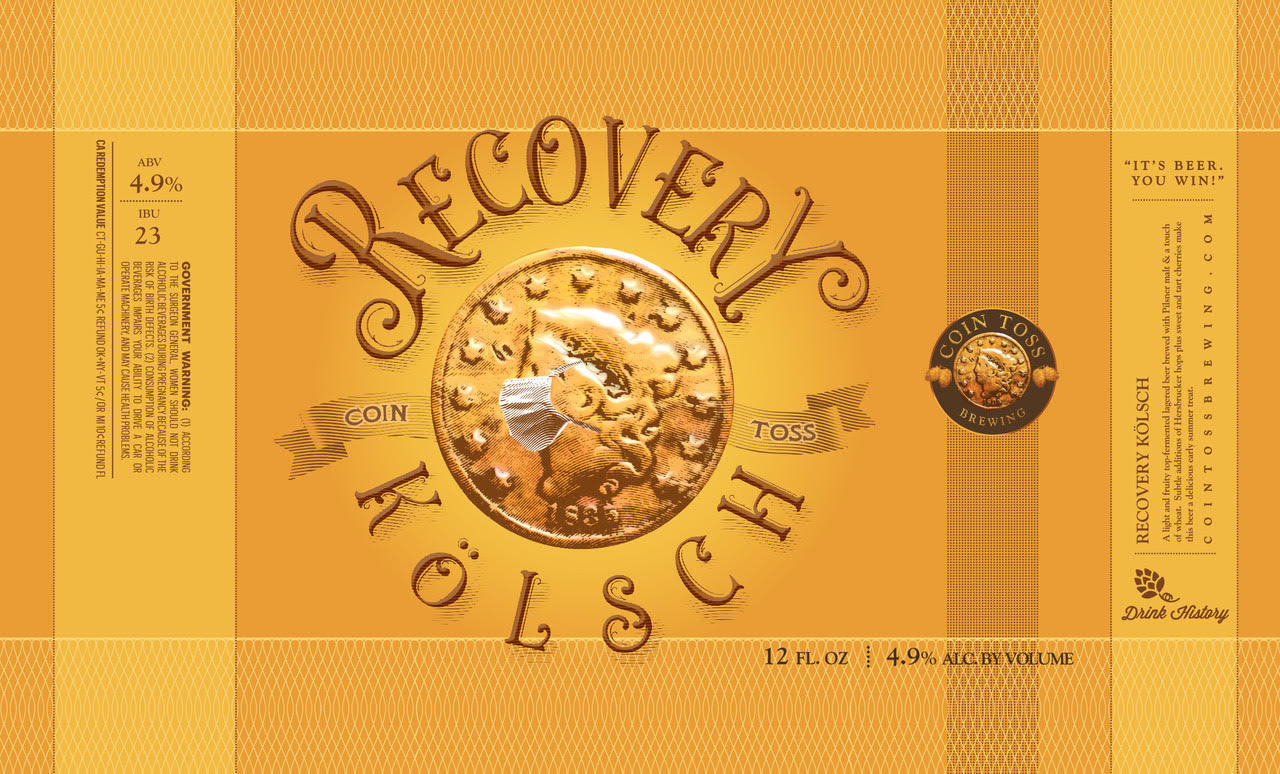 A second thank you beer release is scheduled for a taproom release on Friday, June 26: Recovery Kölsch is a light and fruity top fermented lager brewed with pilsner malt and a touch of wheat. Subtle additions of Hersbrucker hops plus sweet and tart cherries make this beer a delicious early summer treat (4.9% ABV). Pints will be available for just $5 at the taproom.

Kegs of both beers will be offered to the brewery’s wholesale customers at a significant price break to allow the accounts to keep more of the profits of each beer they sell.

“We have two big goals in mind with these beers,” said Chip Conlon, Coin Toss head brewer, in a statement. “First is to thank our awesome customers, both current and new, who helped us through this crisis by ordering our beers for home delivery or takeout. And second is to give our hard-hit wholesale customers two new, fresh delicious beers and let them keep more of the profits so they can get back on their feet.”