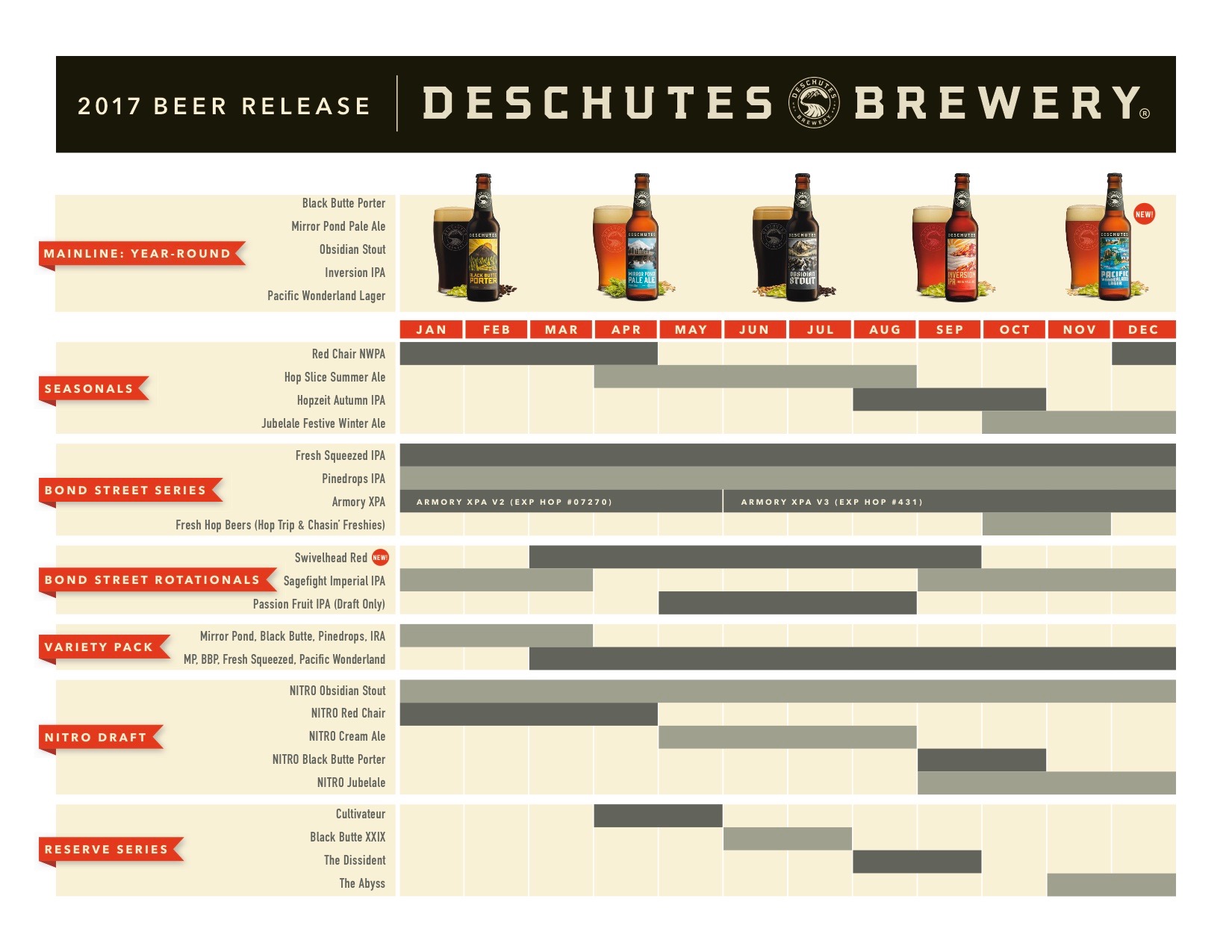 With the beginning of the year, Deschutes Brewery has announced its 2017 Beer Lineup. As with many breweries, some beers come and go and for 2017 Deschutes already has four new releases lined up. However with this news comes the announcement that there will be a few beers that will be discontinued, at least when it comes to a packaged product.

Beers that will end up on the brewery graveyard include the very sessionable 3.9% ABV Deschutes River Ale as it will be retired when spring arrives. Also on the chopping block are three 22 oz. bottle offerings of Hop Henge Experimental IPA, Down N Dirty IPA, and Big Rig Pub Ale.

With the space made from the elimination of these four beers Deschutes will release the following beers in 2017 with descriptions provided by the brewery.

Deschutes is also changing up its variety 12 pack that will now include Black Butte Porter, Mirror Pond Pale Ale, Fresh Squeezed IPA and Pacific Wonderland Lager. Then a few other changes will include a newly reformulated Hop Slice Summer Ale and Armory XPA continues its experimental journey with a brand-new experimental hop come June.

And don’t forget the current seasonal from Deschutes with its popular Red Chair NWPA. Named in honor of the historic chair lift at Mt. Bachelor, this hop forward with a tasty malty backbone is a sure lift after a day on the slopes. 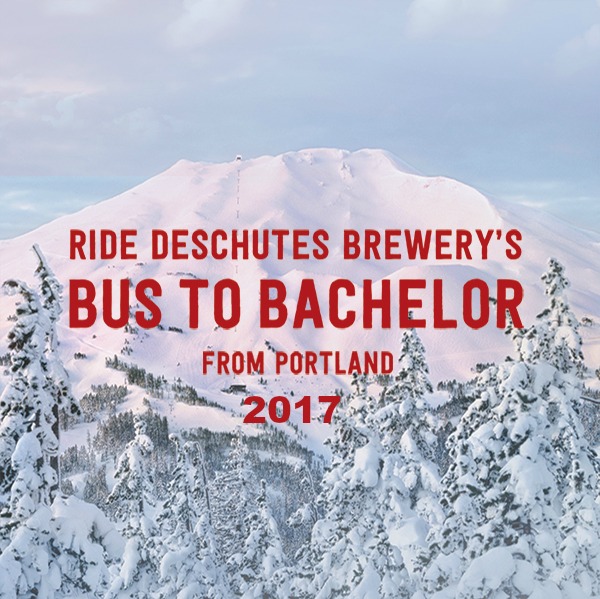 Ride the bus from the Deschutes Brewery Pub in Portland to Mt. Bachelor! Enjoy a full day of skiing or snowboarding on the mountain, plus dinner and beers at our Bend Pub location. All this for just $109! Yes, it even includes a full day lift ticket…

Here are the dates of the Bus to Bachelor:

Tickets can be purchased here.