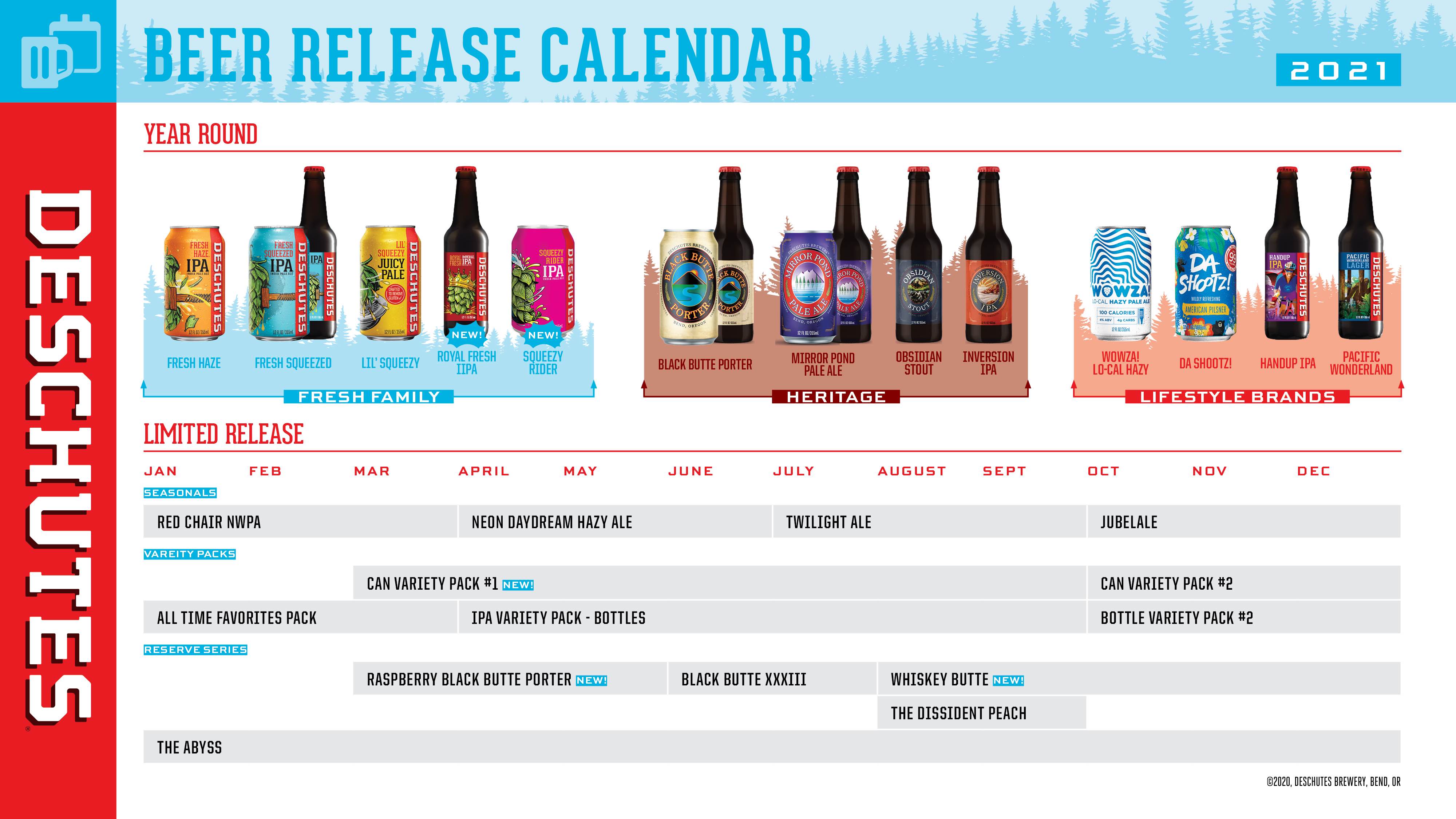 One of Oregon’s original craft brewers will mix things up as we enter the New Year. Deschutes Brewery has announced its 2021 Beer Release Calendar. The coming year will see new beers, exclusive barrel aged beers, new collaborative partnerships and new variety packs, all while we continue to navigate our way through the ongoing pandemic.

Here’s a preview of beers that are part of the brewery’s Fresh Family, Heritage, Lifestyle Brands, Limited Release, Reserve Series, and Variety Packs that will be brewed in 2021.

New Year-Round Additions
Squeezy Rider West Coast IPA (7% ABV) A March release in select markets in 12-ounce, 6 pack cans and draft. This brand-new addition to the Fresh Family was born in the pilot brewery and raised as a local’s favorite at the Deschutes pubs. It’s bright and hoppy with big tropical flavor from Strata hops but with laidback bitterness. Integrating hop processes of a traditional hazy IPA into a bright beer, brewers agree that Squeezy Rider makes the IBU’s less of a big deal and more approachable to every craft drinker. 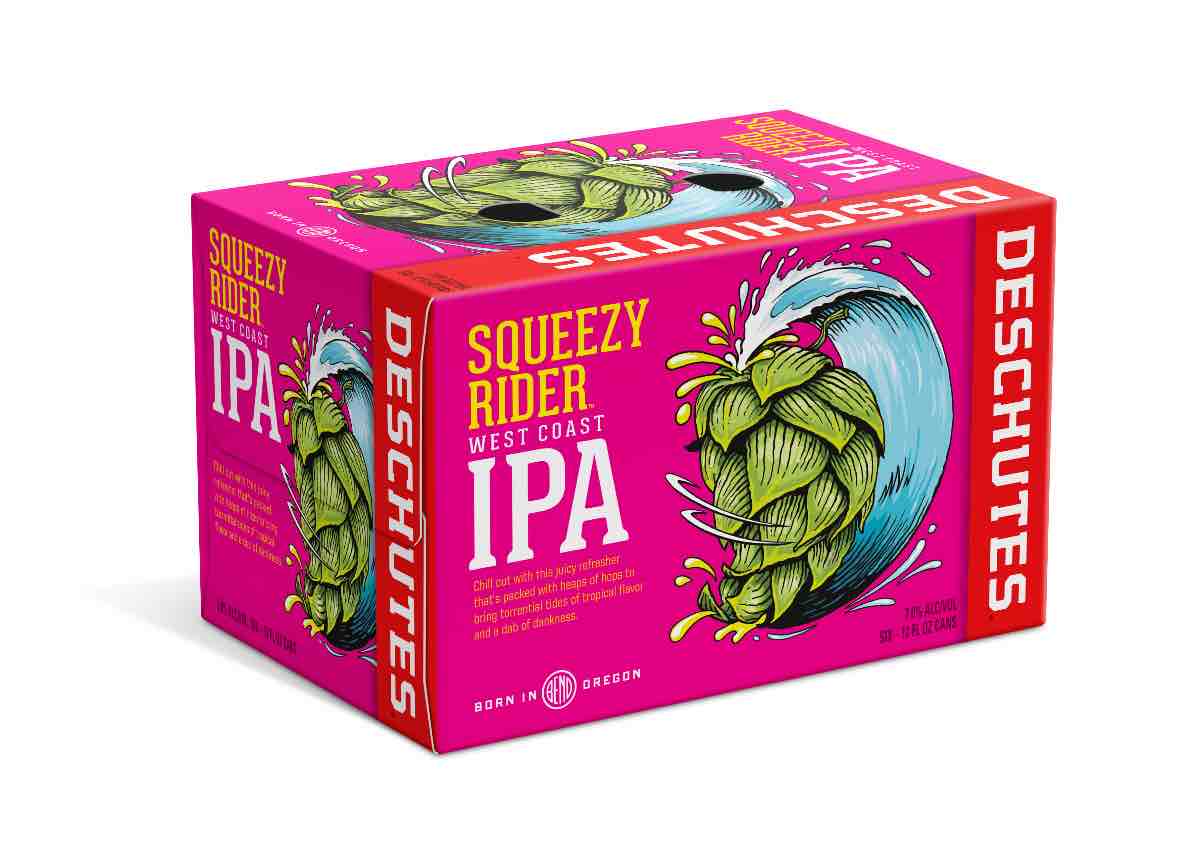 King Crispy (4.8% ABV) Spring release in 12-ounce, 6 pack cans to select Oregon markets. Winner of the 2019 Bitburger® Challenge, this fine pilsner beer took two Deschutes brewers to Germany to meet with the style’s founders. Out of our minds excited by this accomplishment, King Crispy was launched to commemorate the event. Thusly, this beer was named to honor the win and establish its lineage over famed and favorited domestic lagers, aka ‘crispy boys.’ All hail King Crispy! 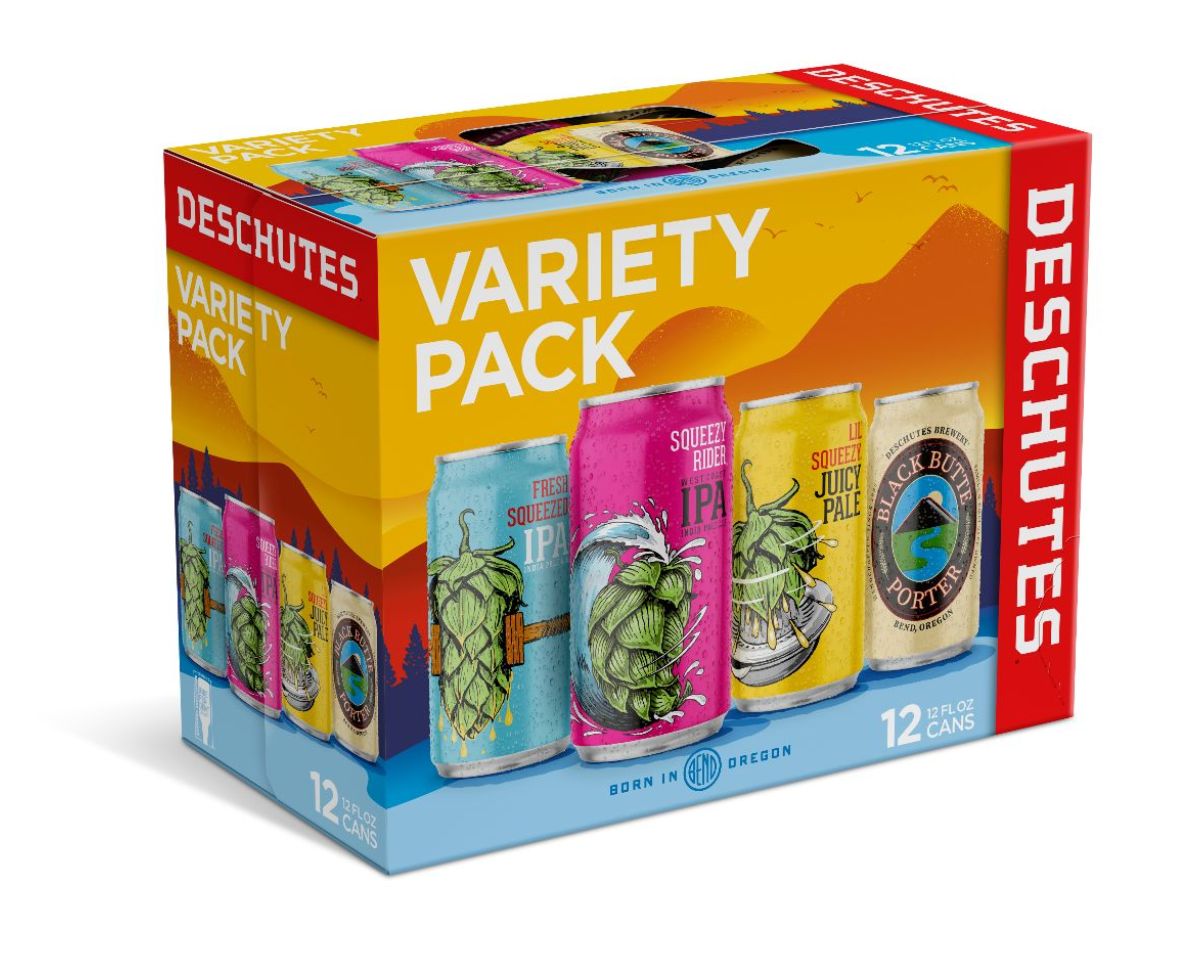 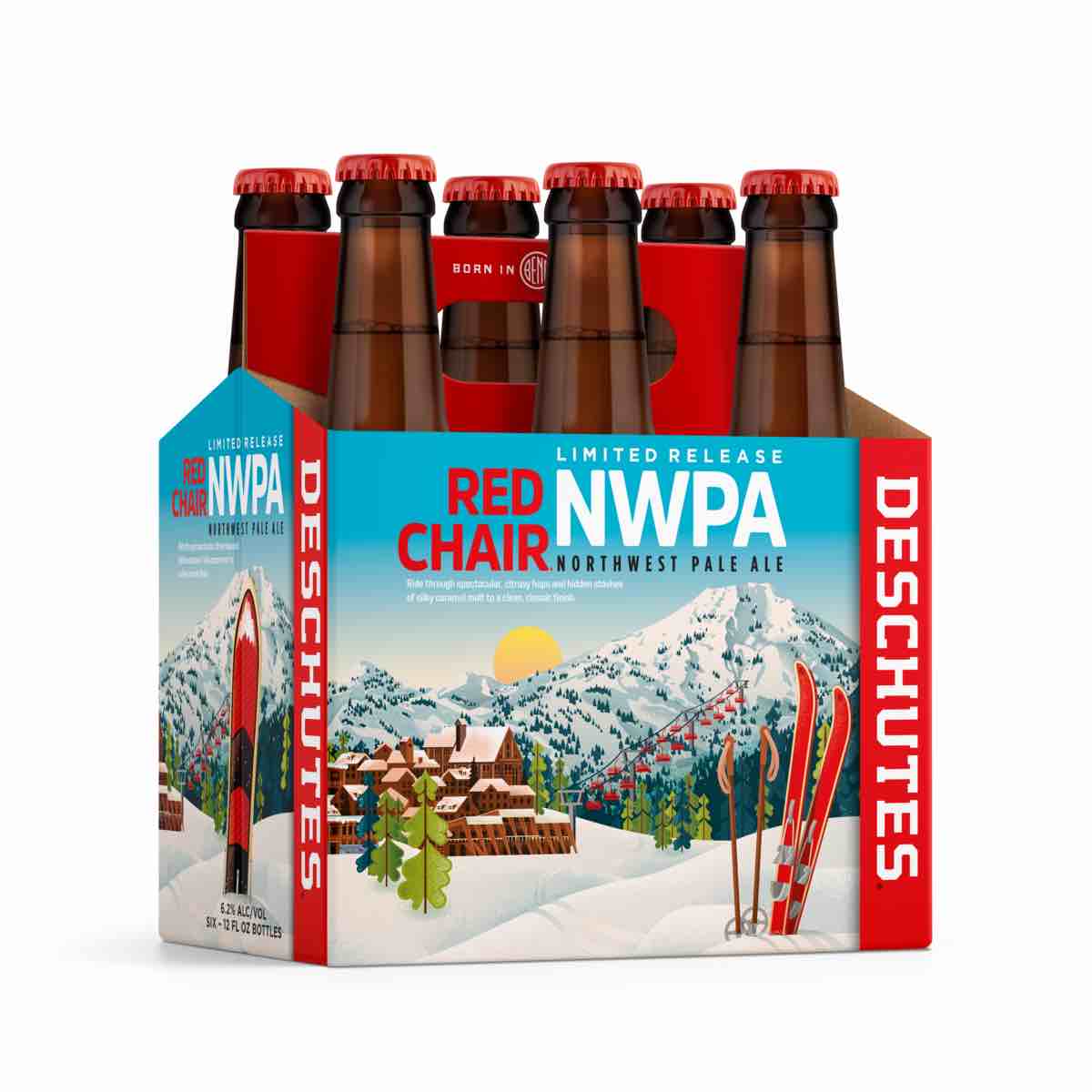 Neon Daydream Hazy Ale (4.8% ABV | 35 IBUs) May-July Now in 12 pack cans, too! A hazy summer ale that radiates like the glow of light behind closed eyes on a long summer day. Brewer’s experimentation with new yeast strains, new hop combinations and brewing methods led to this amalgamation of wheat, white, and hazy pale styles with aromas of orange, lemon, and fruity esters and a zesty, citrus hop flavor. 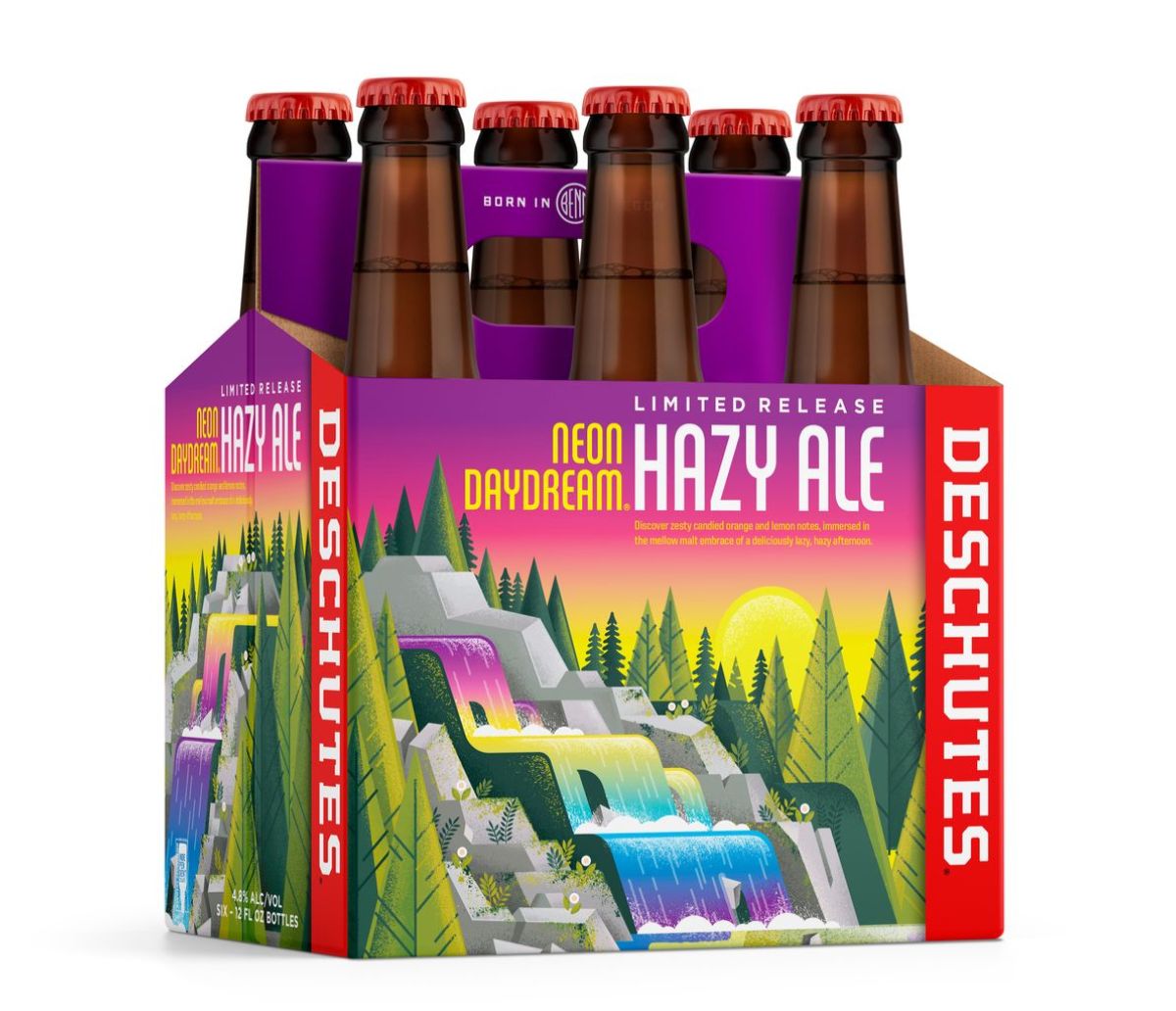 Twilight Ale (6% ABV | 50 IBUs) August-October. Twilight’s back and now in 12 pack cans, too! This fan favorite is back for the dusk of summer sunsets featuring a lighter, yet full-flavored aromatic ale featuring Amarillo hops.

Jubelale (6.7% ABV | 65 IBUs) November-December A Winter Warmer full of spice notes and a robust malt character of toffee and dusted cocoa. The 2021 Jubelale packaging yet to be revealed will feature artwork designed by a local Oregon artist. 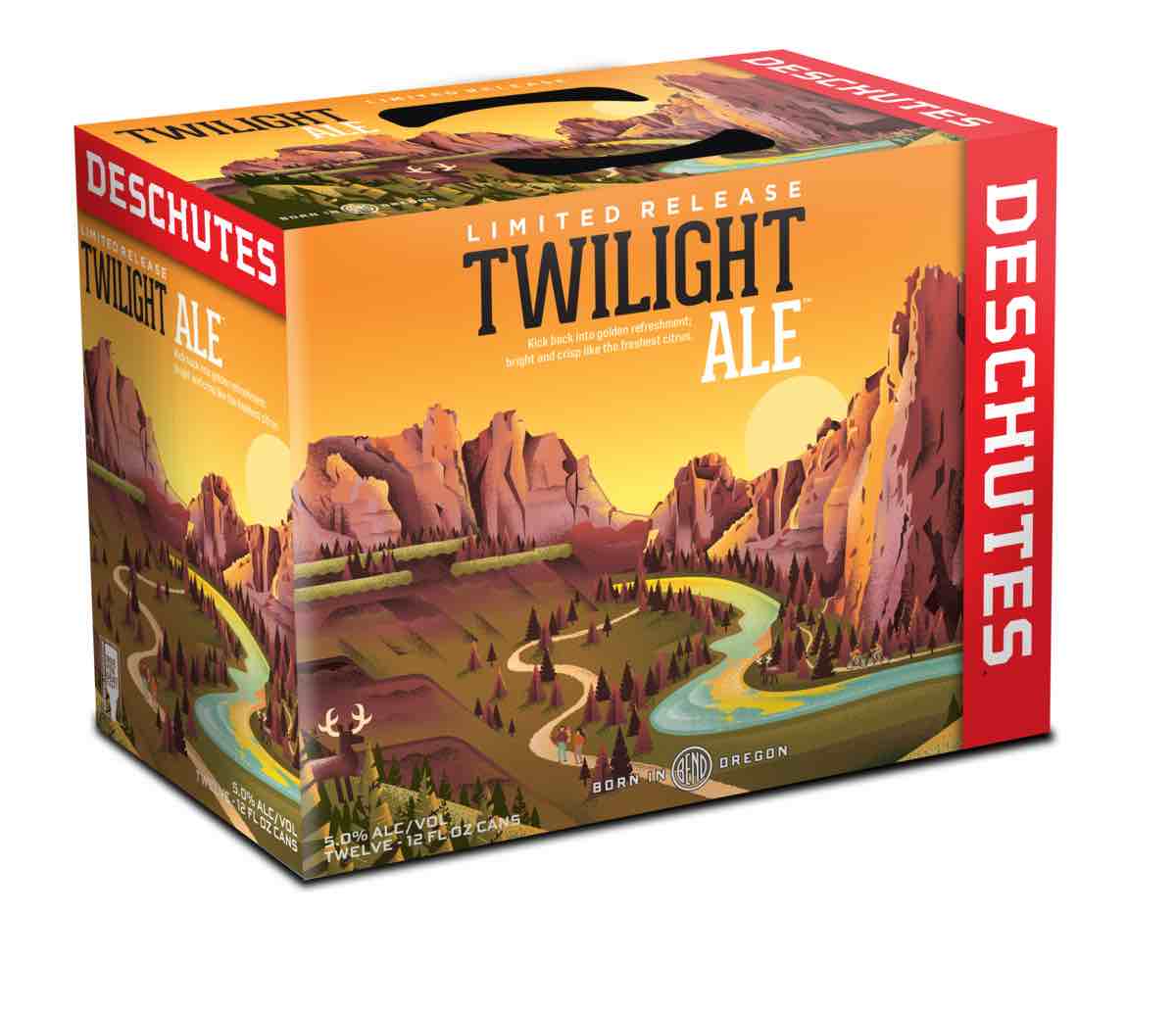 The Abyss (11% ABV | 70 IBUs) Now released throughout the year, there’s no need to wait until November for this all time favorite in 4 pack, 12-ounce bottles. A deep, dark Imperial Stout, The Abyss’ immeasurable depth and complexity includes hints of molasses, licorice, cherry bark and vanilla and is 50% aged in bourbon, wine and new American Oak barrels.

Family Tree Apple (~8% ABV | 14 IBUs) May release in 500ml bottles. Our rotating mixed culture foeder and barrel aged ale, this time with apples from EZ Orchard in Salem, OR.

Shifties Series
When inspiration meets conviction, this series captures the adventurous culture of the PNW and the attitude behind our experimental brews. Shifties, the post-shift beers we enjoy together to celebrate a good day, are rotating beers showcasing experimental recipes from our state-of-the-art pilot brewery for beer enthusiasts looking for new and interesting beers and bold flavors packaged in 12 ounce, 6 pack cans.

Haze Tron Imperial Hazy (8% ABV | 55 IBUs) A March release. As if by magic, Simcoe Cryo and Experimental 630 enter this beer as seemingly ordinary hops, but the flavors and aromas that emerge are anything but. Biotransformation from active dry hopping delivers juicy tropical fruit character more impressive than artificial intelligence with hints of resin to balance out this deceptively smooth drinking Imperial Hazy IPA. With noes of fresh pineapple and candied orange, this is just the beginning of the tale of IPAs as fantasy becomes reality.

Catharina Sour (5% ABV | 5 IBUs) A May release. This beer style originated in Brazil and stemmed from the German brewing influences from colonial times. It’s a spin on Berlinerwiess, a tart wheat beer, with stronger alcohol and tropical fruit. Our brewers were inspired by the history of this style and from tasting beers at COPA Cerveza where many Mexican brewers utilized guava in their sour beers.

Grower Direct IPA Releasing in October, this is a beer to highlight our hop farmers! 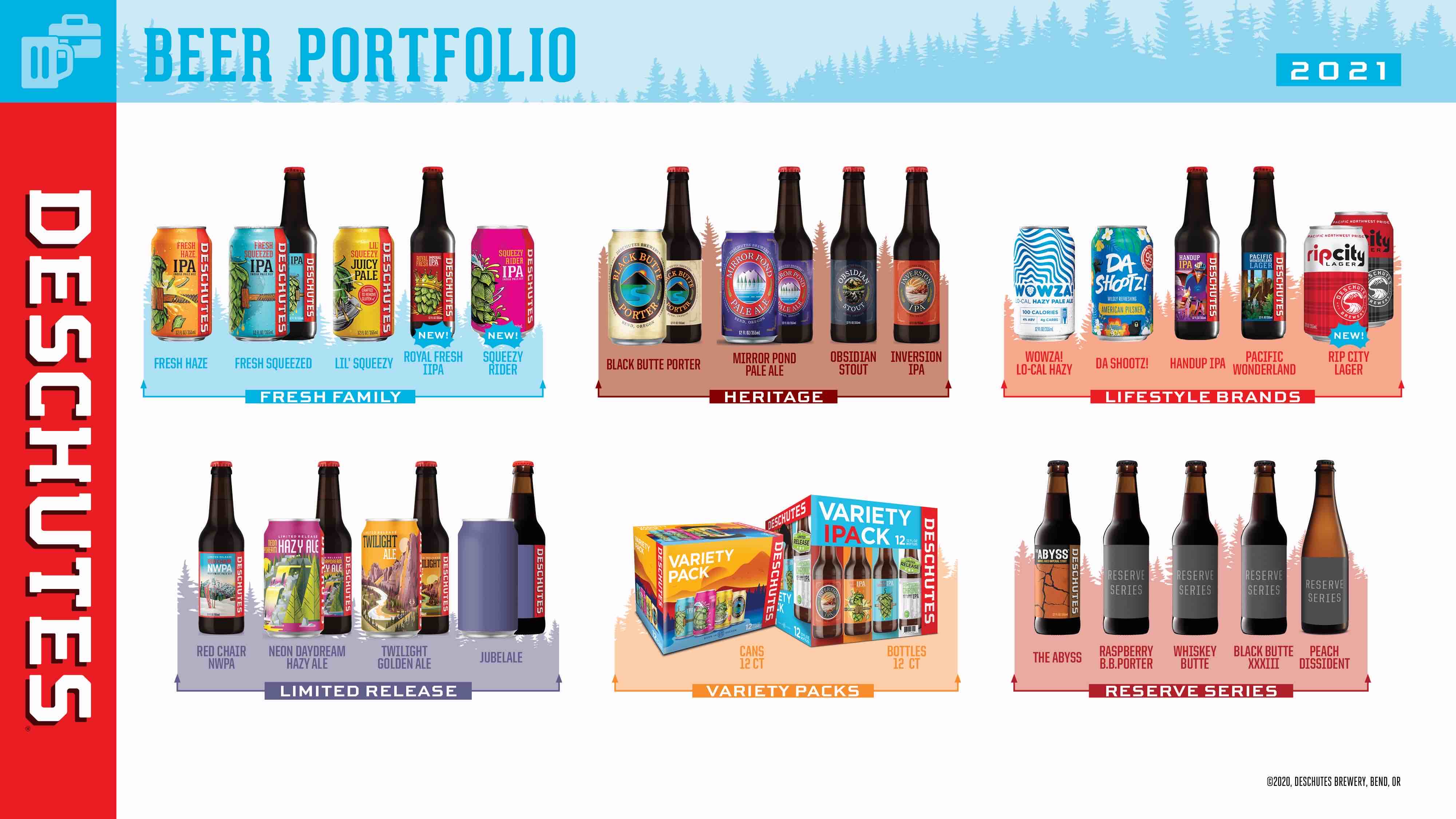 Collaborations
Black Is Beautiful Release TBD. Deschutes partnered with local craft industry folks, Ale Apothecary, OI, Rose City Labels and the Oregon Brewers Guild to join this collaboration in support of Black Lives with Weathered Souls where 100% of proceeds of this beer will go to the Coalition of Communities of Color.

Ludwig Von Krispy A unique collaboration with Skagit Malt with an August release.

Stone Brewing Collab Looking forward to this fun project with a September release.

Alesong Collab Excited to celebrate this beer and partnership with a November release.