On of the more coveted yearly releases over the past decade here in Oregon has been for Deschutes Brewery’s The Abyss, a barrel-aged Imperial Stout. This year for The Abyss’ 10th bottling, the brewers decided to do a special bottling of two additional versions of The Abyss: one is 100% barrel aged in Rye Whiskey casks and the other 100% aged in Cognac barrels. Both The Abyss Rye and The Abyss Cognac are extremely limited and will be on sale at both Bend and Portland Deschutes Pubs on Friday, January 15 beginning at 11:00am.

The Abyss Rye was 100% aged in Rye Whiskey barrels for 12 months, many of which came from one of our favorite distillers, Willett Distillery out of Bardstown, Kentucky. Willett is the maker of Rowan’s Creek and Noah’s Mill Bourbon Whiskeys that are worth checking out. The Abyss Rye was dry-spiced with vanilla beans and cherry bark that ends up at a 13.2% ABV. 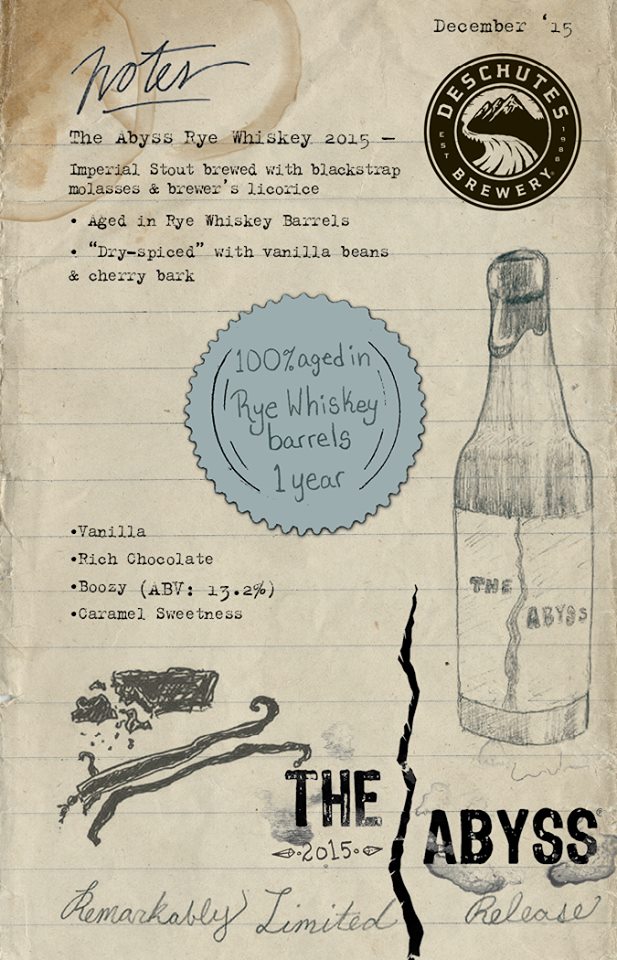 The Abyss Cognac was 100% aged in old Cognac barrels from France for 12 months. According to Barrelmaster, Jake Harper, these Cognac barrels impart an interesting sour-like characteristic to The Abyss and is just around 12% ABV. This beer was also dry-spiced with vanilla beans and cherry bark. 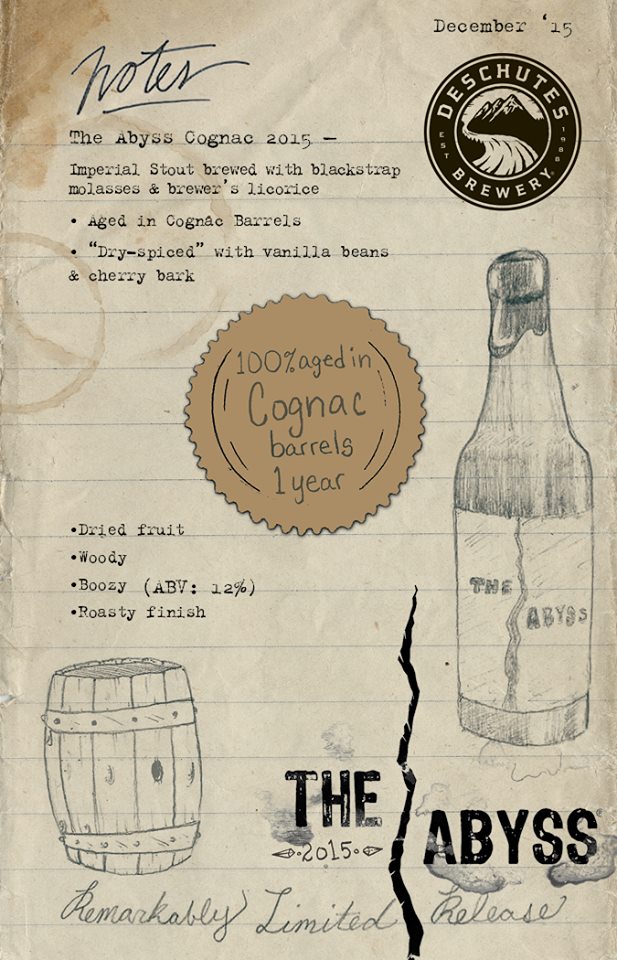 Both versions are said to be quite strong and boozy and take flavor from what was in the barrel prior to this beer. Look for some vanilla, caramel and rich chocolate flavors and aromas in the Rye version and dried fruit, wood, and a roasty finish in the Cognac version.

Beginning Friday, January 15, these rare bottles will be available in locations that currently have The Abyss 2015 and other Reserve Series beers from Deschutes in Bend and Portland. Both pubs will be hosting daylong release celebrations from 11:00am until close. Bottles of The Abyss Rye and The Abyss Cognac will be for sale for $25 each, limit of 3 per person. There will also be snifter pours for $9 each.