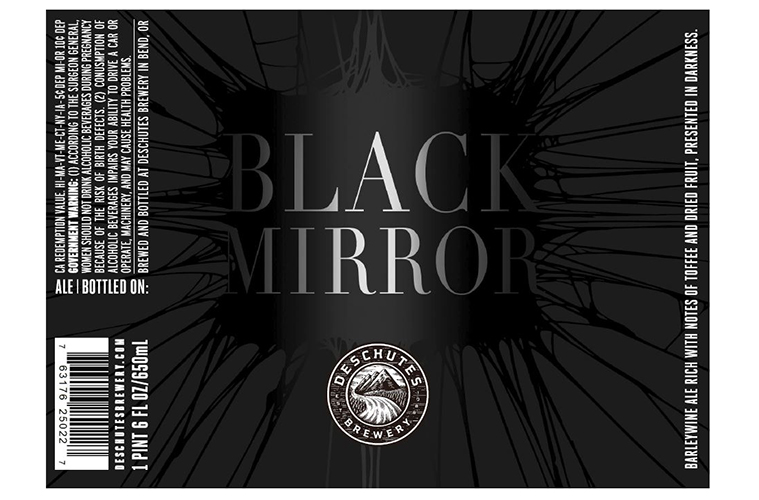 Black Mirror
The first of Deschutes Brewery’s Reserve Series lineup for 2019 will be released this week.  Black Mirror, an American Style Black Barleywine, is deceptively unique and with its dark color and rich full body. Aged in 98% bourbon and 2% American oak barrels for eleven months, Black Mirror comes directly from the barrel with notes of chocolate, coconut, vanilla, whiskey, toffee, and dried fruit. 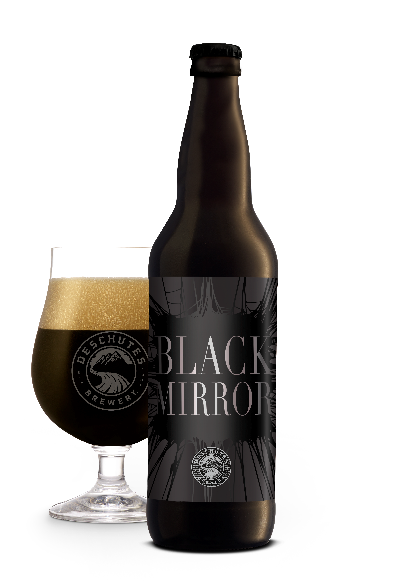 The rich malt character brings a subtle sweetness to balance the hint of oak in this robust beer. “Black Mirror is a tip of the cap to Deschutes Brewery’s Mirror Mirror, it’s a dark version aged in bourbon barrels as opposed to wine barrel aging in Mirror Mirror,” said Assistant Brewmaster Ben Kehs.

Black Mirror is 13% ABV with 45 IBUs and available in 22oz hand-dipped wax bottles and draft everywhere Deschutes is sold. Samples available upon request.

Tempranillo Flanders
A unique beer that straddles the line between winemaking and brewing. This Flanders Red inspired ale is refermented on Tempranillo must from Abacela Vineyards, then inoculated with wild yeast in wine barrels. Its complexity and depth of flavor make a great addition to Deschutes Brewery’s Small Batch Reserve lineup. The idea for Tempranillo Flanders was sparked by a Deschutes brewer’s excitement to explore the interaction of wine grapes and beer with wild yeast and bacteria in a Flanders Style Ale. The brewery’s Director of Product Development, Veronica Vega shares her appreciation of this experimental beer, “I love the exploration that our very limited series allows. Here we were able to partner with one of my favorite Oregon wineries, and when a beer moves from vision to delicious reality, its rewarding for everyone.”

Tempranillo Flanders is 11.7% ABV with 15 IBUs. Available in 500ml bottles and draft at the Deschutes Brewery Public Houses in Bend and Portland, Oregon. Samples available upon request.

Skiffy Snuggler Hazy Pale Ale – Collaboration with Varietal Beer Co.
Deschutes Brewery partnered with Varietal Beer Company in Sunnyside, Washington to create a pub-to-pub collaboration using experimental hop #06297 from the 2018 hop harvest in Yakima, Washington, recently trademarked as Lotus. Over conversations with Hopsteiner Hop Breeder, Nicholi Pitra on the experimental varieties, the breweries agreed to create a Hazy Pale Ale collaboration as a fun way to work together and integrate this new hop they were excited about. Veronica Vega, Director of Product Development at Deschutes worked with Deschutes Brewery Assistant Brewmaster Robin Johnson and Chris Baum, head brewer and co-founder of Varietal on this beer. “After a few pints, we got excited about brewing a beer together with this experimental hop, which has a unique fig and citrus character, because we like weird!” said Vega. “This is a collaboration that celebrates new friends and the experimental hop program at Hopsteiner.”

The collaboration, named Skiffy Snuggler Hazy Pale Ale, is 5.7% ABV and 50 IBUs and will be on tap at both Deschutes Brewery’s Bend and Portland, Oregon pubs in early March. Varietal Beer Co. will then tweak the recipe and re-brew and serve on tap at their brewery in Sunnyside.