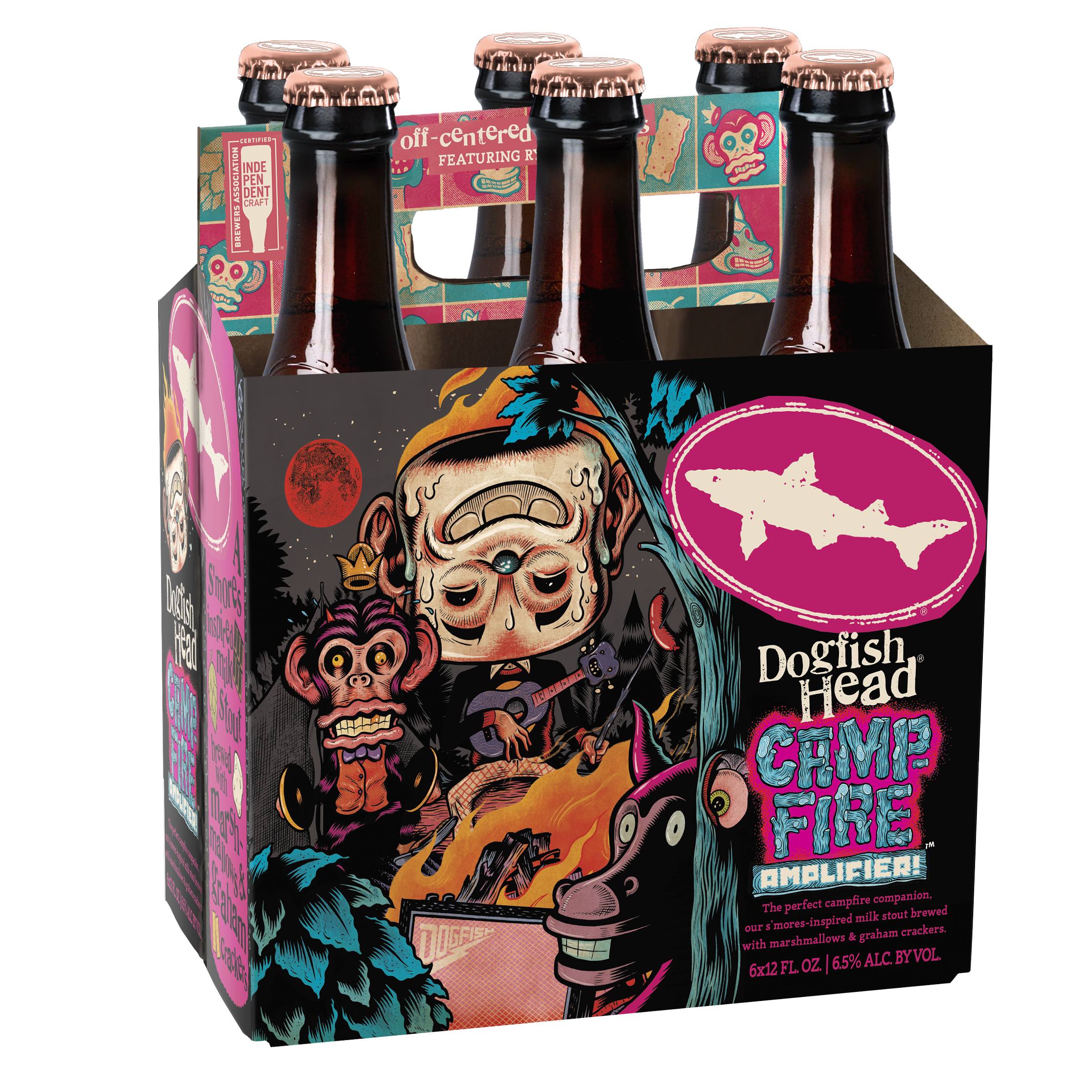 Though camping season is winding down out here in the Pacific Northwest, it doesn’t mean that we can’t take the setting indoors with the latest release from Dogfish Head Craft Brewery. The Delaware brewer has released Campfire Amplifier, a 6.5% ABV milk stout brewed with real marshmallows, graham crackers, coca nibs, cinnamon, Madagascar vanilla beans and a pinch of smoked malt. The result of these numerous additions is a stout that is reminiscent of milk chocolate, vanilla and s’mores. Essentially a beer perfect for sitting by a fire whether it’s indoors or outdoors.

“We started testing the idea and recipe for a s’mores-centric stout at our Milton Tasting Room & Kitchen sometime last year,” said Dogfish Head Founder & Brewer, Sam Calagione, in a statement. “In fact, I specifically remember our Brewmaster, Mark, roasting countless marshmallows over the open flame of our Kitchen’s outdoor, wood-fired grill to use during our first brewday. The resulting beer was a big hit among both our co-workers and guests. Afterall, there’s really nothing better than a gooey s’mores sandwich … except maybe a s’mores beer!”

Campfire Amplifier is not only the newest addition to Dogfish Head’s portfolio of offbeat ales, but it offers a sneak peek at the collaborating artist for the brewery’s 2021 Off-Centered Art Series. An annual collection of limited-edition beers that personify the creative expression at the intersection of art and ales, Dogfish Head’s 2021 Off-Centered Art Series lineup will feature label artwork by Ryan Besch. Hailing from Buffalo, New York, Besch has been designing posters and vinyl art for more than 20 years, and has worked with a wealth of well-known groups, including Phish, The Black Keys, O.A.R. and many more.

“It may have been his awesome gig posters that first caught our eye, but after seeing his visual interpretation of Campfire Amplifier, it’s safe to say that Ryan’s comics-like, collage-centric design aesthetic is a perfect match for Dogfish Head’s unique and eccentric beers,” added Calagione, in a statement. “The intricate details within his artwork for Campfire Amplifier have me beyond excited to see what he comes up with for the rest of Art Series lineup.”

Campfire Amplifier’s illustration-based artwork features a colorful group of misfit characters congregating around a campfire. A figure with a marshmallow head, whose melting face suggests he is hanging out a little too close to the flames, plays campfire songs on a ukulele. As a group of only three, the characters quickly realize there is no need to amplify their tunes. So, they throw their Dogfish Head-branded speaker into the fire and watch it burn as a full moon looms in the star-studded sky above.

For more information about Dogfish Head’s 2021 Off-Centered Art Series or to track down a case of Campfire Amplifier, please visit www.dogfish.com.