Hood River’s Double Mountain Brewery & Taproom has welcomed in the 2018 hop harvest with its annual release of Killer Red Fresh Hop IRA and Killer Green Fresh Hop IPA. Both of these fresh hop beers are available on draft and in 16.9oz (500mL) bottles at Double Mountain in Hood River and in Portland as well as throughout the Pacific Northwest.

Here are descriptions on each of the beers provided by the brewery. 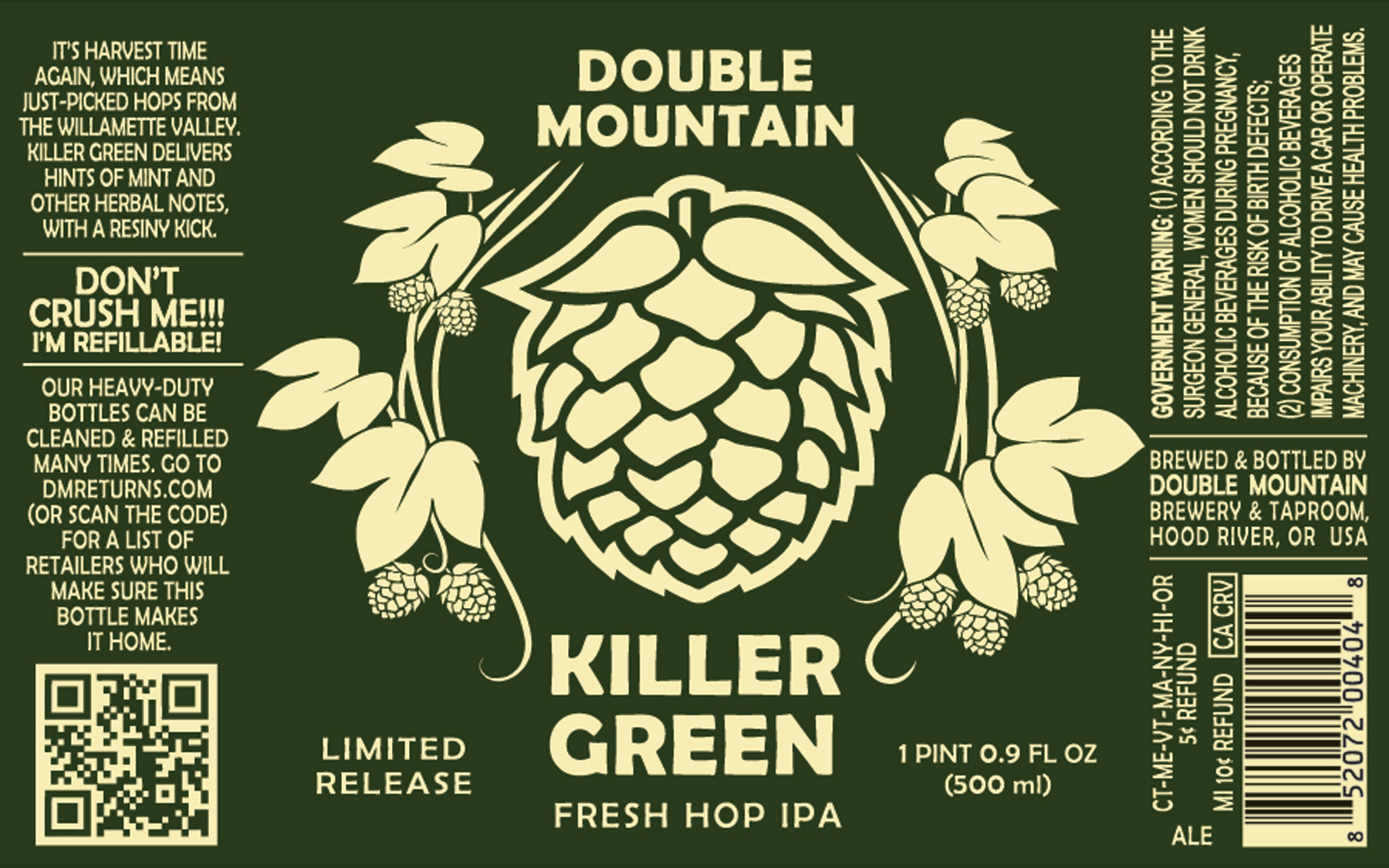 Killer Red Fresh Hop IRA Description:
Hops from Sodbuster Farms in the Willamette Valley are picked, transported, and put in to the brew within two hours. The exorbitant amount of fresh Perle and Centennial whole leaf hops heaped in to the kettle and hop back give this juiced up IRA a wonderful ripe apple, dank forest, and fruited pine flavors and aromas. 7.3% ABV, 78 BU 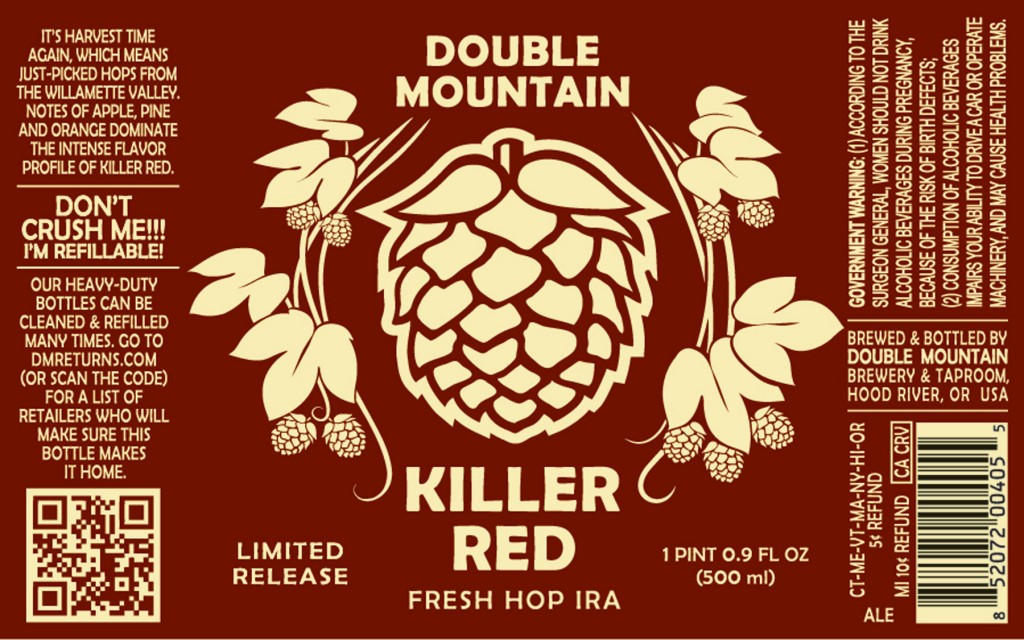