Winter beers are beginning to hit the marketplace and one of the annual releases we look forward to is now available in a nice new package. In time for the cooler days ahead, Double Mountain Brewery has released its popular Fa La La La La Winter Ale in 6-pack, 12oz bottles.

Fa La La La La is not the typical dark, winter ale as this one is chopped full of Centennial hops that gives a delicious citrus and resinous hop character. Its use of Pilsner and Crystal malts provide the base that balances out the hops with a nice malty backbone. Fa La La La La sits at 7.5% ABV 85 IBUs.

“Well Ho Ho Ho and a bottle of yum!” said Matt Coughlin, Lead Brewer at Double Mountain, in a statement. “What can possibly go wrong with Centennials that smell this good? It’s got a well balanced pop, and sings with fruited evergreen.” 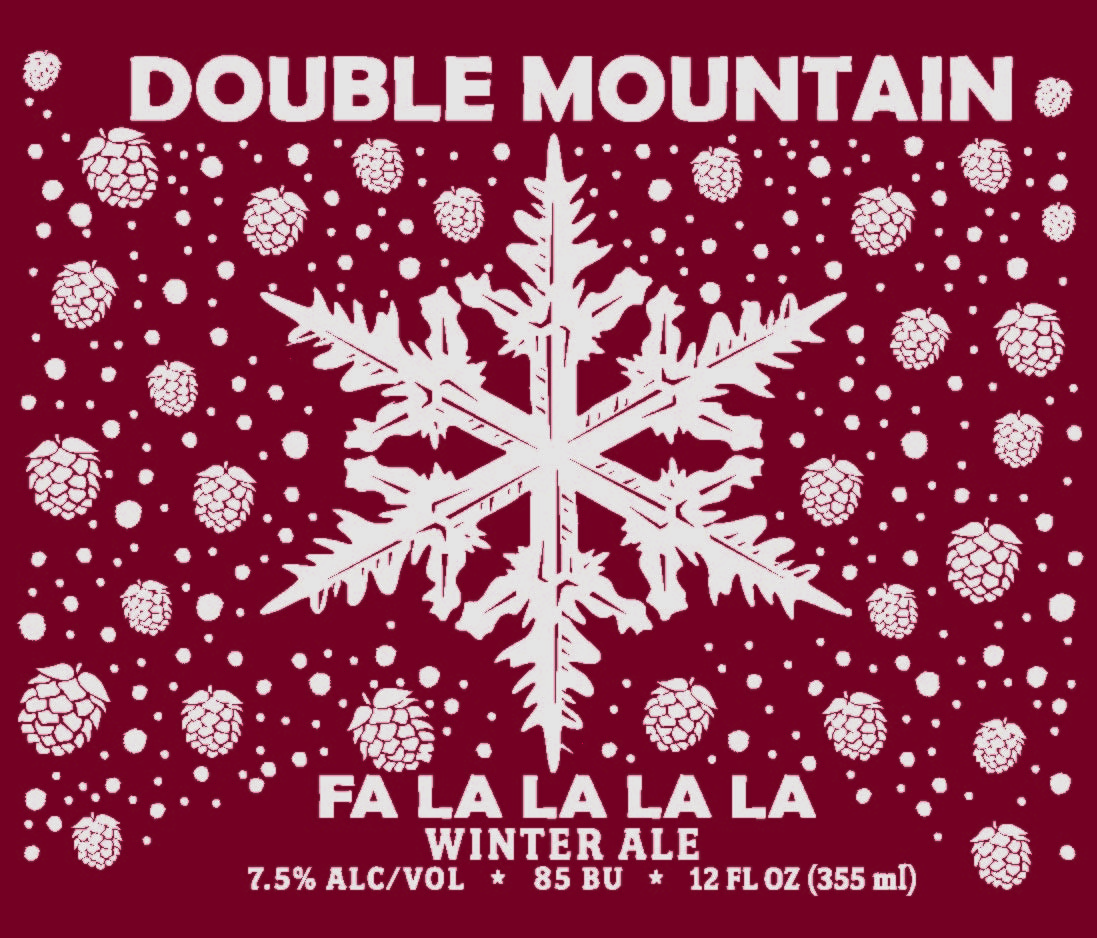