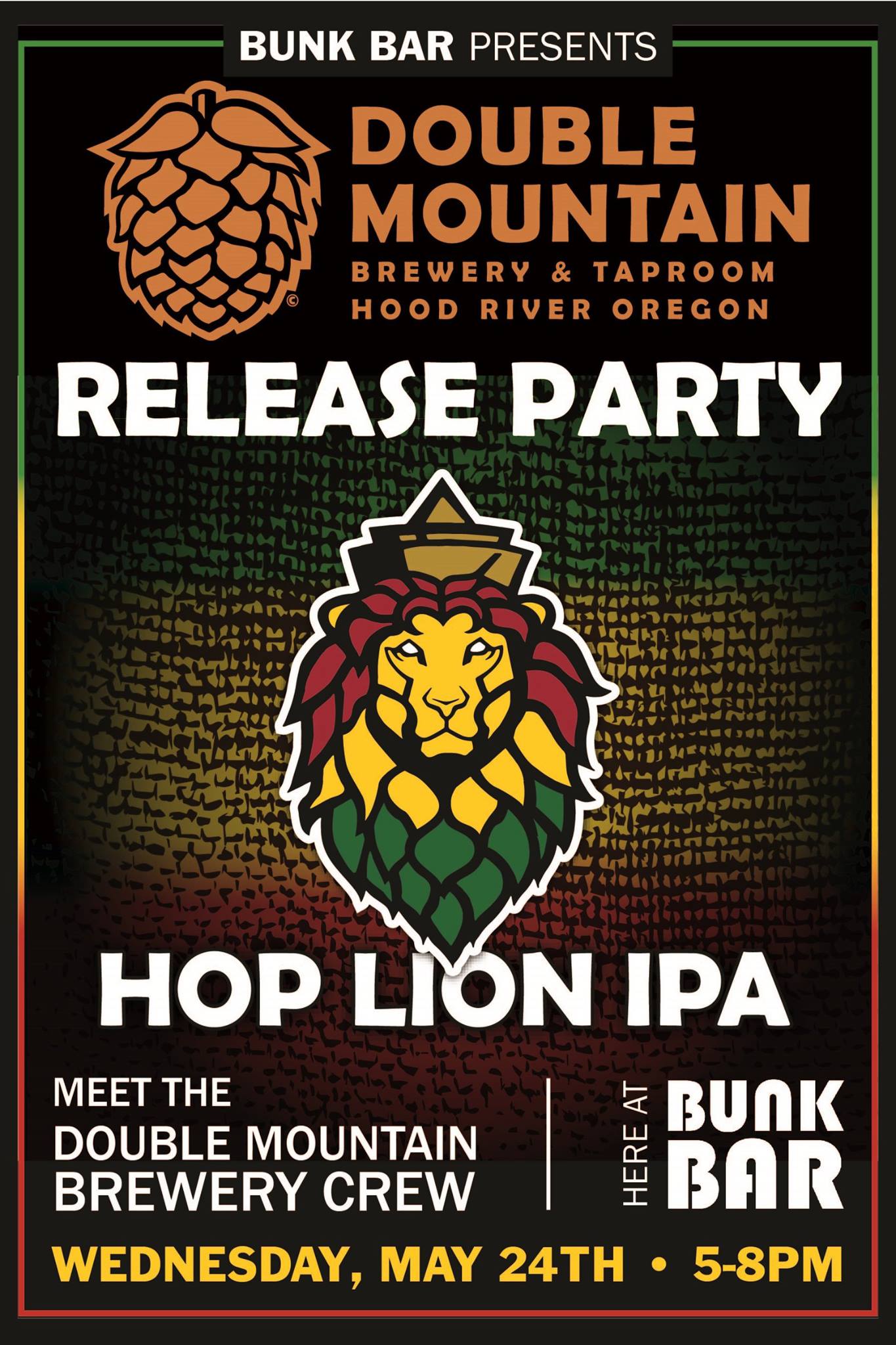 Double Mountain Brewery & Taproom readies the release of its latest year-round beer offering with its Hop Lion IPA. The official release party will take place on Wednesday, May 24th in Portland from 5:00-8:00pm at Bunk Bar that’s located at 1028 SE Water Avenue.

“We’ve been experimenting with various hop varieties and techniques for over a year on this new year-round IPA,” states Matt Swihart, Double Mountain Brewmaster in a statement. “I’m not sure what I like better; the beer or its inspirations of the vibe.”

Hop Lion IPA is currently available on draft and in bottles at the downtown Hood River Taproom and SE Portland Taproom in the Woodstock neighborhood. Hop Lion can be found throughout the Northwest and British Columbia, in early June.