One of our favorite Winter Ales makes its return in 2018 when Double Mountain Brewery & Taproom brings us its Fa La La La La Winter Ale. This hop forward winter ale is now available in 500mL bottles and on draft at the brewery’s Hood River Taproom and SE Portland Taproom in the Woodstock neighborhood. Fa La La La La Winter Ale will be making its way throughout the Pacific Northwest in the coming days.

“We look forward to our winter bottling party every year and anxiously await sharing this great beer with the rest of you,” said Matt Swihart, Brewmaster in a statement. “Our crew brewed and bottled this together, come join the fun.” 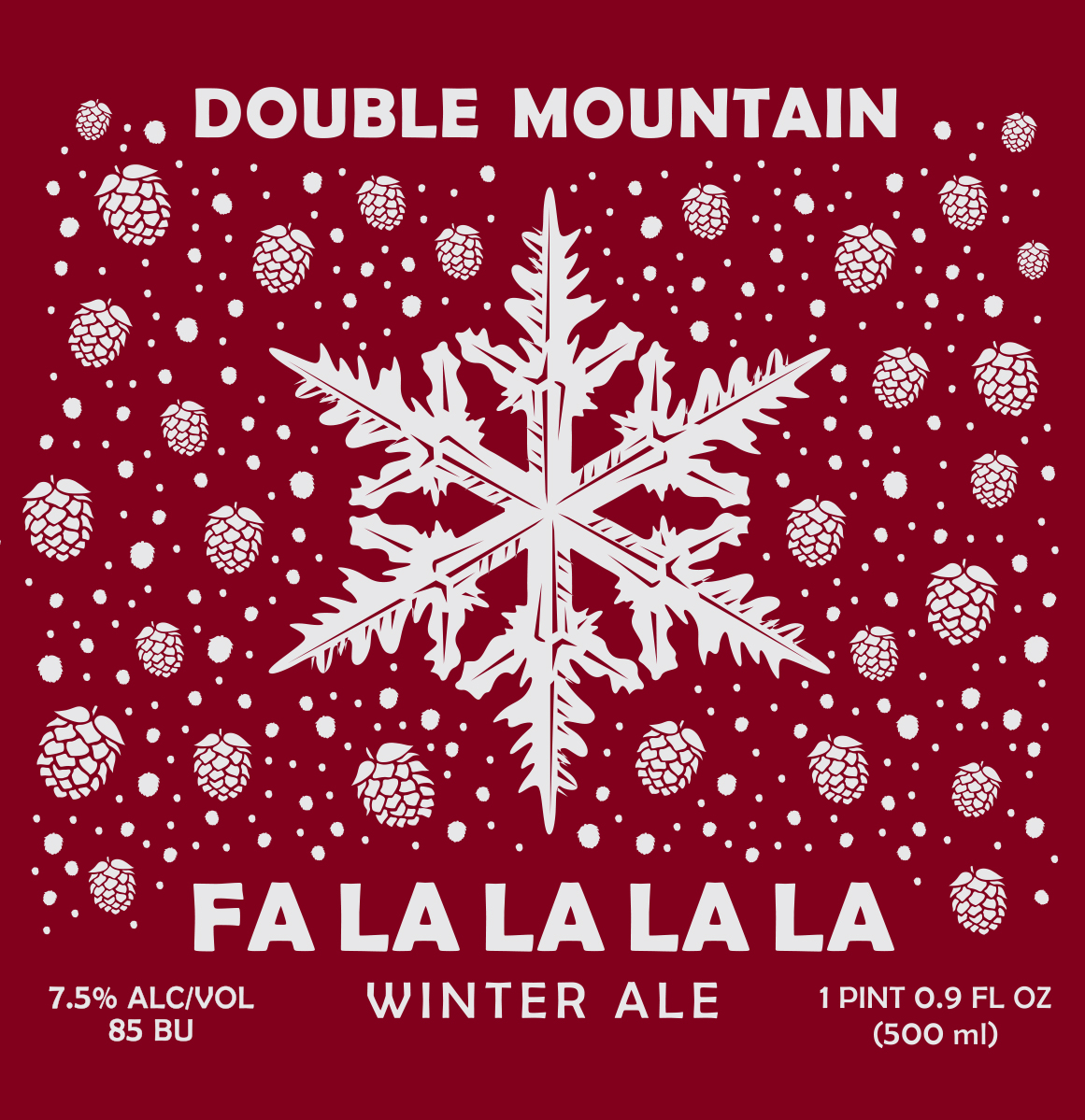 Fa La La La La Winter Ale Description:
Not every winter beer needs to be dark. In this spirit we bring you great tidings and joy with this year’s Fa La La La La. Centennial hops take the reins with evergreen and bright citrus, with resounding choruses of Pilsner and Crystal mails echoing in the refrain.  This Winter IPA is full and rounded, delightfully aromatic, and as crisp as a bluebird winter morning.  Peace, love, and beers. 7.5% ABV, 85 BU