Hood River, OR – November 10, 2016 – As the snow is now starting to pile up on Mt. Hood, Double Mountain Brewery & Taproom brings back their seasonal favorite, the Fa La La La La Winter Ale. This hoppy winter ale is currently available on draft and in bottles at the downtown Hood River Taproom and at our Portland Taproom in the Woodstock neighborhood. Fa La La La La can be found throughout the Northwest, British Columbia, and Southern California from now through the end of the year.

“This yuletide treasure is packed with enough piney hoppiness to keep you joyous, and heedless of the wind and weather.  There are enough hops to clog our heat exchanger during every run-out.”  ~Jen House, Brewer 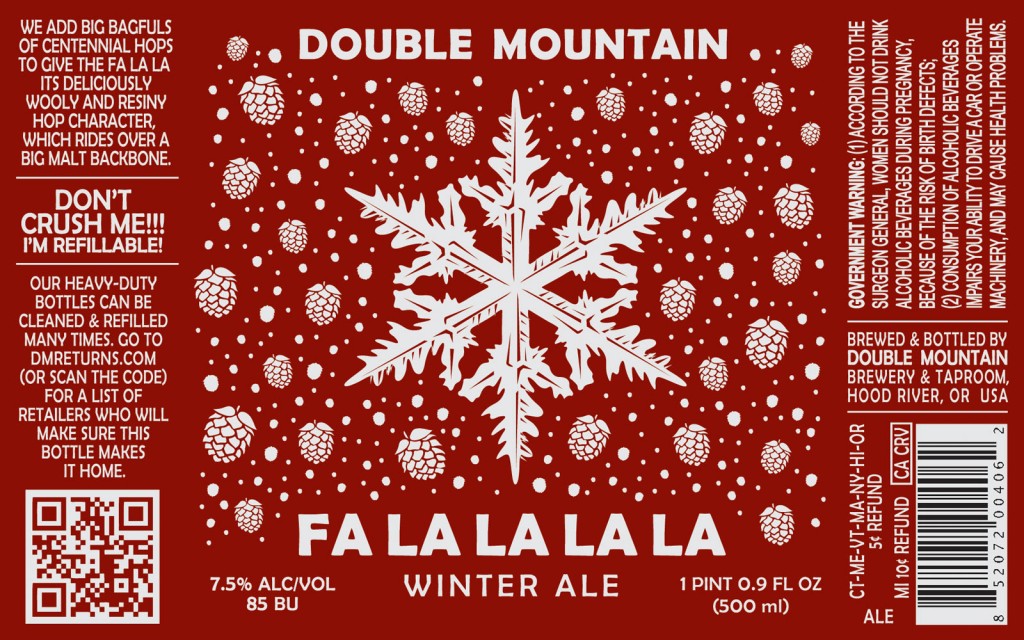 Description: This year’s Fa continues with bags full of Centennial hops to warm your heart and soul.  Centennials take the reins with pine and citrus, and a resounding chorus of Pilsner and Crystal malt echo the refrain.  ‘Tis the season to be jolly!