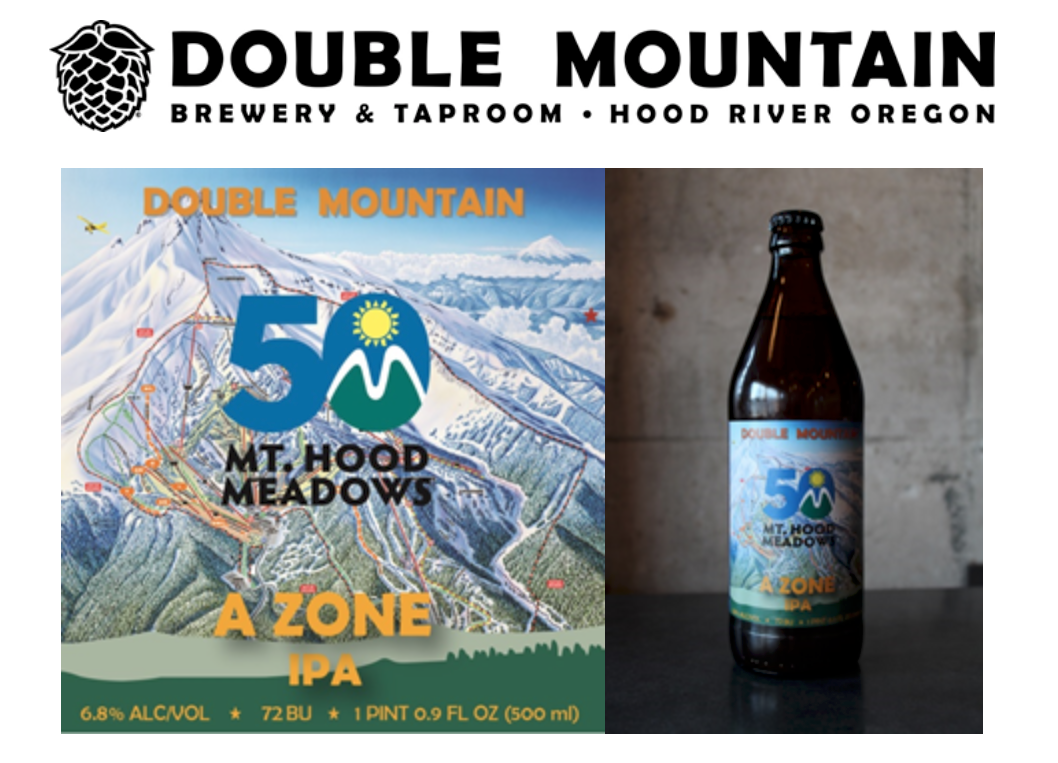 Hood River, OR – December 2017– Double Mountain Brewery & Taproom is proud to introduce A Zone IPA: This delicious winter IPA was crafted and brewed with our friends at Mt. Hood Meadows to celebrate their 50yr Anniversary. A Zone is currently available in bottles and draft at the downtown Hood River Taproom and SE Portland Taproom in the Woodstock neighborhood. Look for Double Mountain A Zone throughout the Northwest starting mid-December.

“We are delighted to bring this bright IPA to beer fans and help celebrate with our friends at Mt. Hood Meadows on their 50th anniversary. The extra bonus is you can use the trail map on the bottle to find the steepest runs.” Brewmaster/Owner Matt Swihart

A ZONE IPA
For 50 years, Mt. Hood Meadows has been getting folks down the slopes. In their honor, we offer this crisp and exhilarating IPA. Bright citrus carves through a forest of fresh bread and fruited pine, making any session on our home mountain a bluebird powder day. 6.8% ABV, 72 BU

A Zone, from a brewers perspective. click here; A Zone Clip

About Double Mountain Brewery and Taproom: Double Mountain Brewery and Taproom was established in 2007 in the heart of downtown Hood River, OR. Founder Matt Swihart opened the brewery with a clear mission: make great beer for craft beer fans. Their unique location lends to not only using pure and clean glacial water for their beers, but they also take advantage of regionally grown hops. With their reusable bottle program, customers love the softer environmental footprint and know they are part of a solution to sustainability. They can be found on tap and in bottles throughout the Pacific Northwest and British Columbia. Learn more at www.doublemountainbrewery.com