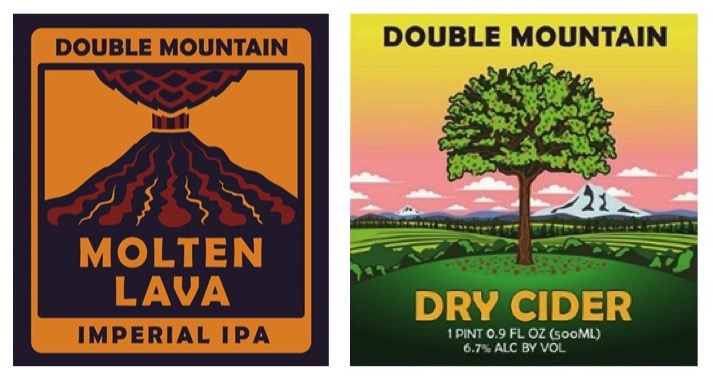 Molten Lava Imperial IPA Description:
Fruited pine, pineapple, and orange elbow their way to the front of the line in this aggressively balanced IPA.The assertiveness evens out into juicy citrus, and sits light on the tongue, drinking easy for it’s size!
9% ABV and 90 BU

Dry Cider Description:
For our first Dry Cider, we kept it simple and local. Newton’s and old world cider apples from the Double Mountain Orchard were pressed and fermented on our house yeast strain. We gave it plenty of time to dry out and develop wondrous aromas of juicy pear, lychee, green fruit, and chamomile. It finishes tart, crisp, dry, and quenching.
6.7% ABV

“Like our beer, we make cider how we want to drink it-crisp, dry, and refreshing.”– Jen House, Brewer