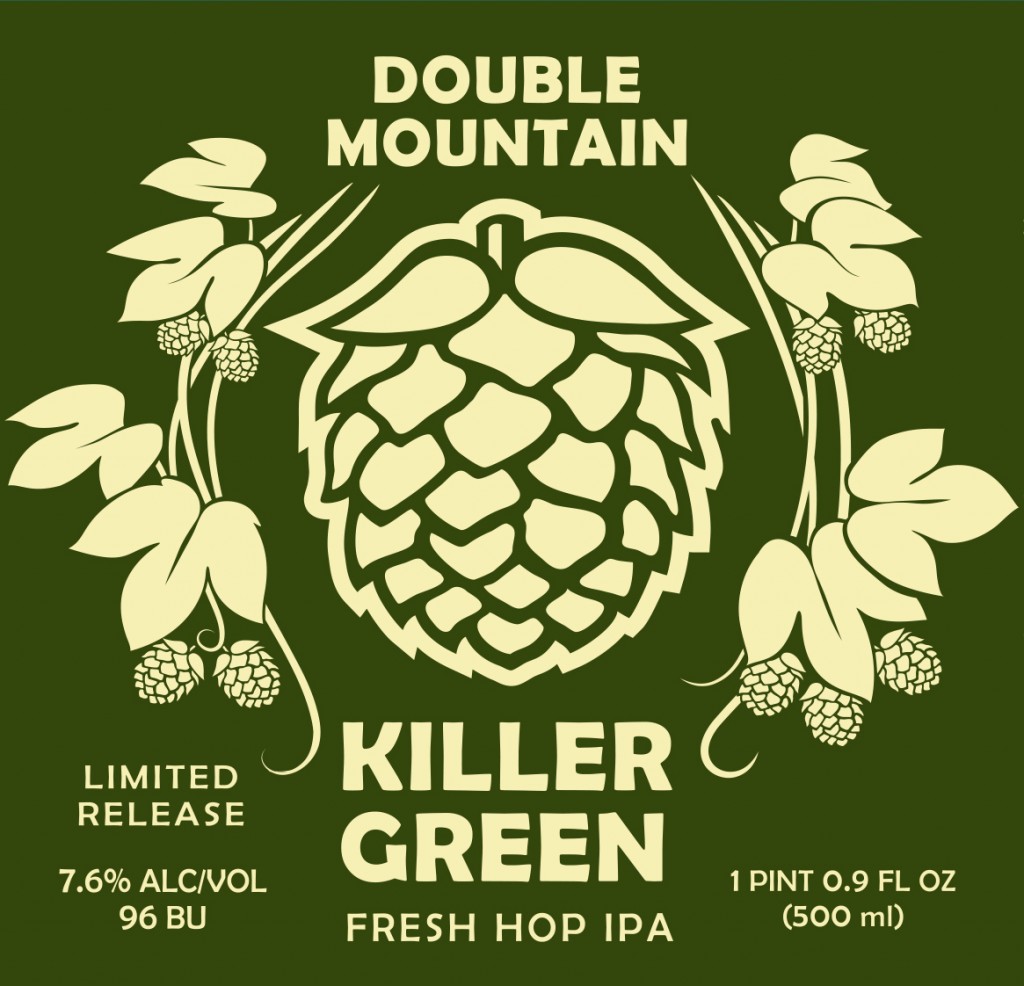 This past weekend the 12th Annual Hood River Hops Fest took place and during this time Double Mountain Brewery & Taproom was served up its three fresh hop beers to both festival attendees and patrons of its downtown Hood River pub. This year’s fresh hop beers include Killer Brass Fresh Hop Dangerous Blonde Ale and the more popular duo of Killer Red Fresh Hop IRA and Killer Green Fresh Hop IPA. Only the IPA and IRA will get bottled.

About a week ago Killer Red hit the market and now bottles of Killer Green will be appearing on store shelves. To get your hands on Killer Brass its best to make the drive out to Hood River and enjoy it at the source with some of its tasty pizza.

Hood River, OR – September 28th, 2015 –Double Mountain Brewery & Taproom Killer Green Fresh Hop IPA arrives just in time for fresh hop festival season. This well hopped fresh hop IPA lives up to its reputation with a fresh hop blend of Brewer’s Gold and Simcoe hops. The Killer Green is currently available on draft and by bottle at the Double Mountain Brewery & Taproom located in downtown Hood River and can also be found throughout the Northwest, British Columbia, and Southern California.

The Double Mountain’s newest brewer, Jennifer House was one of the brewers on hand for brewing this year’s batch of Killer Green. “The aroma off the hop back was better than the smell of my mom’s kitchen during the holidays. The Killer green turned out dangerously dank and delicious!” she said.

Description: It’s the most wonderful time of the year. We were able to wrangle a bounty of Brewer’s Gold and Simcoe from Sodbusters Farms in Salem for us to turn into delicious fermented nectar. We worked around the clock to ensure these beauties got in to the boil, the hop back, and the fermenter as soon as possible. The result: pine forest, red apple, savory citrus, kind herb, and red fruit aromas waft from the effervescence, supported by a dry, brioche malt body and a pleasantly lasting bitterness. Be green. Drink Killer Green.