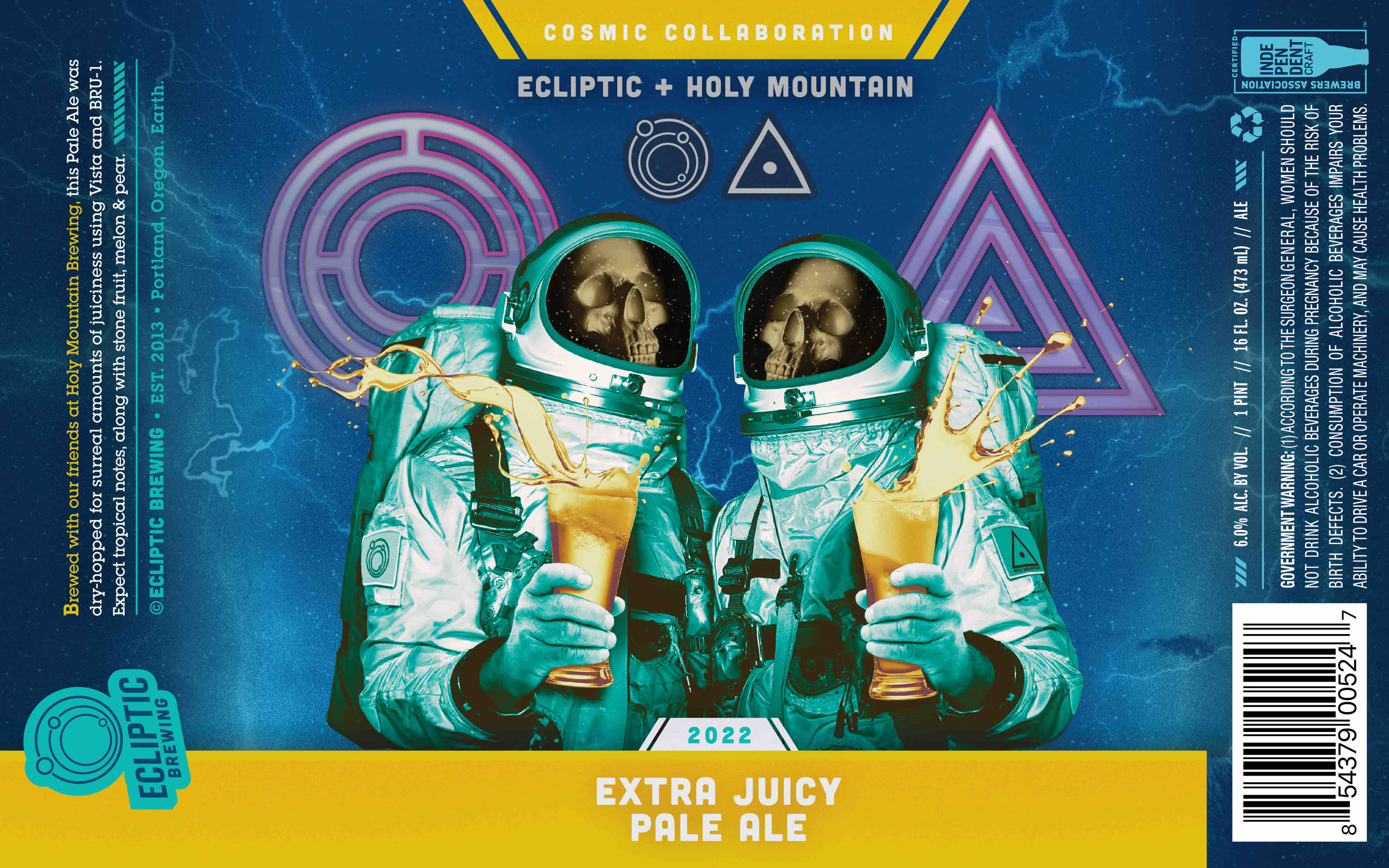 Ecliptic + Holy Mountain Extra Juicy Pale Ale is brewed with Pale and Pilsner malts and dry-hopped with Vista and BRU-1. This juicy brew packs a tropical punch with notes of stone fruit, melon and pear. It clocks in at 6% ABV. The label, designed by Sasquatch Agency, features a pair of skeleton astronauts and is a nod to some of Holy Mountain’s branding.

Says Ecliptic’s Owner and Brewmaster, John Harris, “Colin [at Holy Mountain] and I had been discussing doing a collab for a couple years. Holy Mountain makes very unique, flavorful beers and is a favorite of many Ecliptic brewers. I am glad we were able to share this with the world in 2022. Colin and I talked about many different styles but settled on a very drinkable style for the summer. This extra juicy pale delivers.”

Ecliptic + Holy Mountain Extra Juicy Pale Ale will be released in 16-ounce cans and draft throughout Ecliptic Brewing’s distribution network on August 24th. Visit Ecliptic’s website for up-to-date details on this release and potential release events, including an event in Seattle on September 1st at Ridgewood Bottle & Tap.

Brewed with our friends at Holy Mountain Brewing, this Pale Ale was dry-hopped for surreal amounts of juiciness using Vista and BRU-1. Expect tropical notes, along with stone fruit, melon & pear.
ABV: 6%
IBU: 45 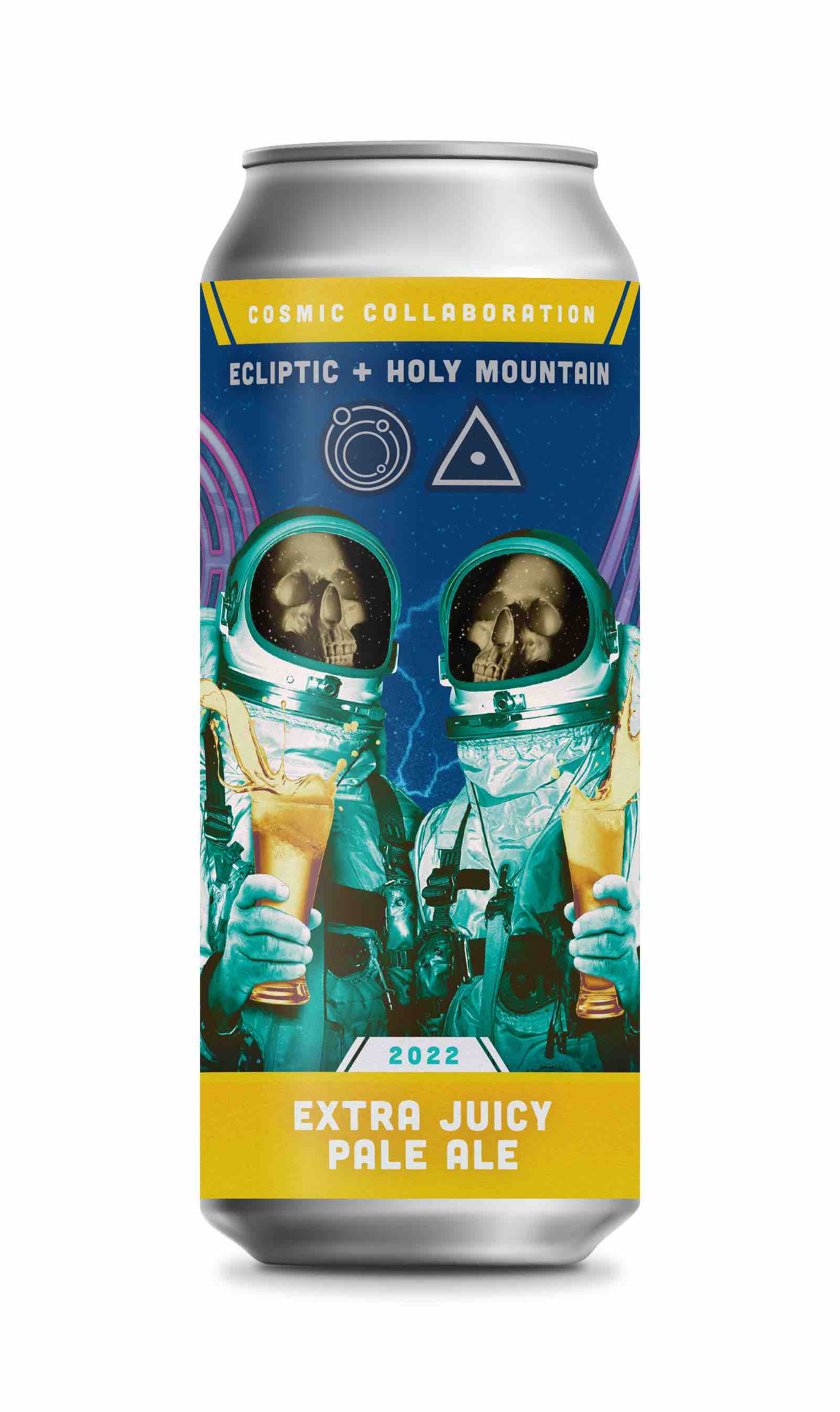 Ecliptic Brewing is a venture from John Harris, an Oregon beer icon whose background is steeped in the state’s rich craft brewing history. The name Ecliptic unites Harris’ two passions: brewing and astronomy. Ecliptic Brewing’s Mothership location opened in October of 2013 in North Portland and its second location – the Moon Room –opened in November of 2021 in Southeast Portland.