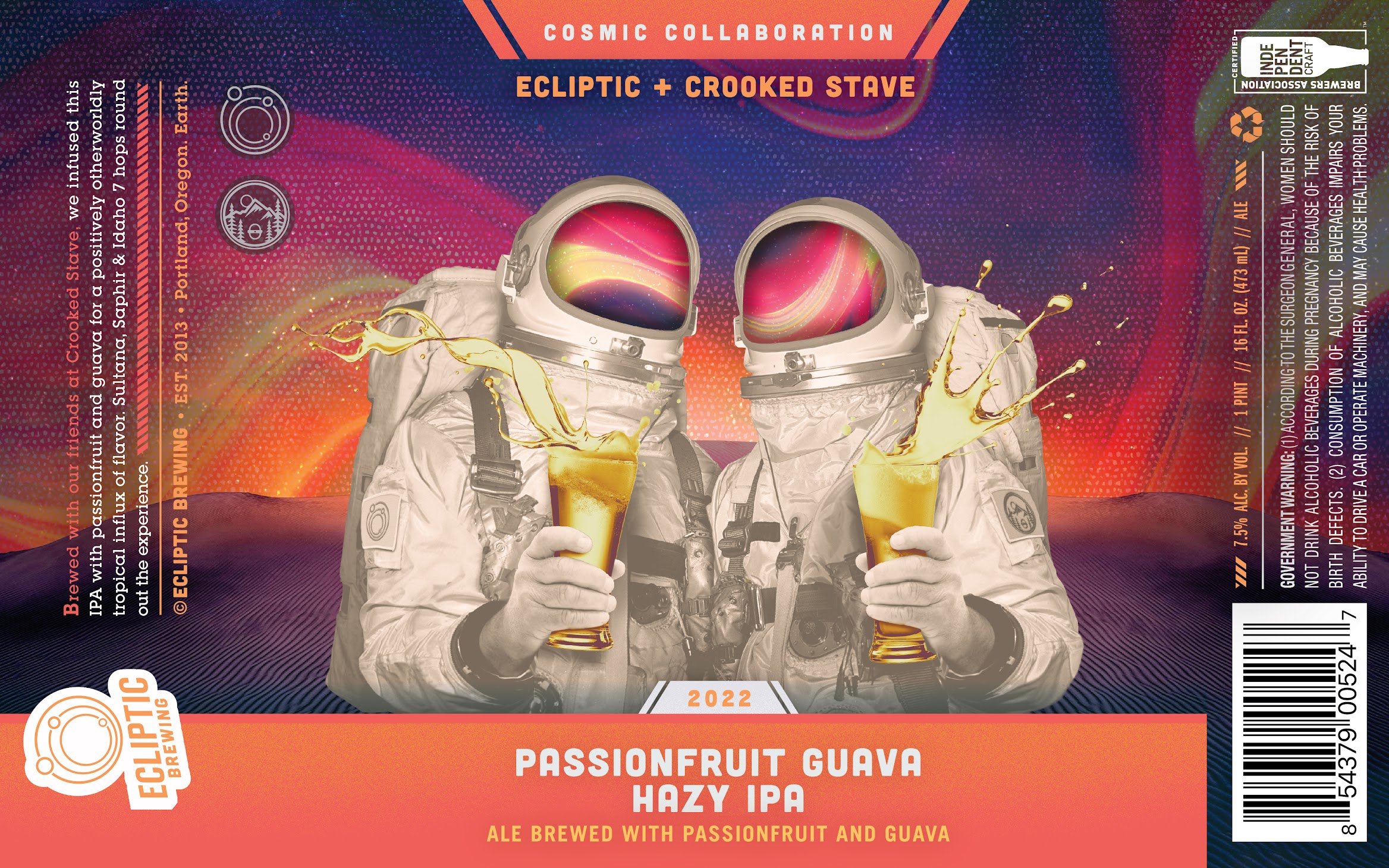 Portland, Oregon. Earth. (November 9, 2022) – Ecliptic Brewing has teamed up with Colorado’s Crooked Stave to brew a Passionfruit Guava Hazy IPA. This is the fifth Cosmic Collaboration for Ecliptic this year, shipping November 16th in 16-ounce cans and draft.

Ecliptic + Crooked Stave Passionfruit Guava Hazy IPA is brewed with Pale and Wheat malts and oats. A healthy dose of passionfruit and guava bring a blast of fruity flavor, while Sultana, Saphir and Idaho 7 hops top it all off. The beer finishes at 7.5% ABV.

“It’s an honor to work with Chad and Crooked Stave on a collaboration,” says Ecliptic’s Owner and Brewmaster, John Harris. “Chad is well known for his fruit and mixed fermentation beers, as well as for making clean beers. We were both excited to work together on a beer with fruit. We selected an IPA style utilizing some tropical fruits and hop varieties that would help accentuate these flavors.”

Ecliptic + Crooked Stave Passionfruit Guava Hazy IPA
Brewed with our friends at Crooked Stave, we infused this IPA with passionfruit and guava for a positively otherworldly tropical influx of flavor. Sultana, Saphir and Idaho 7 hops round out the experience.
ABV: 7.5%
IBU: 40