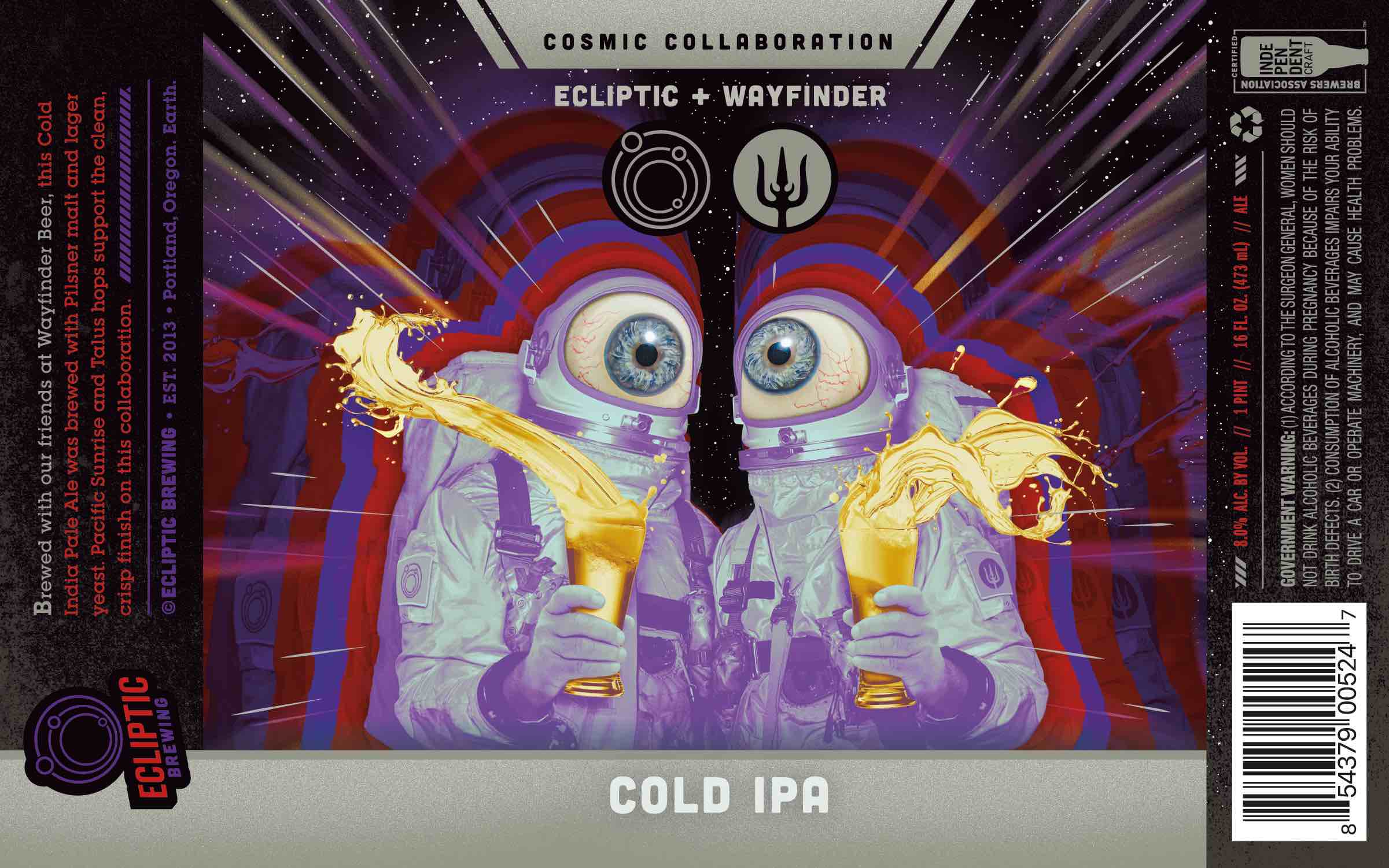 John Harris, Ecliptic’s Owner and Brewmaster teamed up with Wayfinder’s Brewmaster, Kevin Davey, to create Ecliptic’s take on this beer style. Dubbed a Cold IPA, this style is eerily similar to that of an India Pale Lager, but a bit more amped up. Cold IPA is brewed with Pilsner malt and lager yeast and features Pacific Sunrise and Talus hops that sits at an impressive 8% ABV.

“Cold IPA is our attempt at making a ‘Wester than West Coast’ IPA’, but it’s not a lager… it’s more of a crossover style,” said Davey, in a statement. Adjuncts are said to help lighten the body and increase drinkability. In Davey’s words, the result is a “very clean, dry and extremely hop forward” beer.

“I’m excited to work with Kevin and the Wayfinder team,” said Harris, in a statement. “They really embraced this style and have made a few Cold IPAs already, so we’re stoked to team up and see what we can brew at Ecliptic. It’s fun to try something different.” 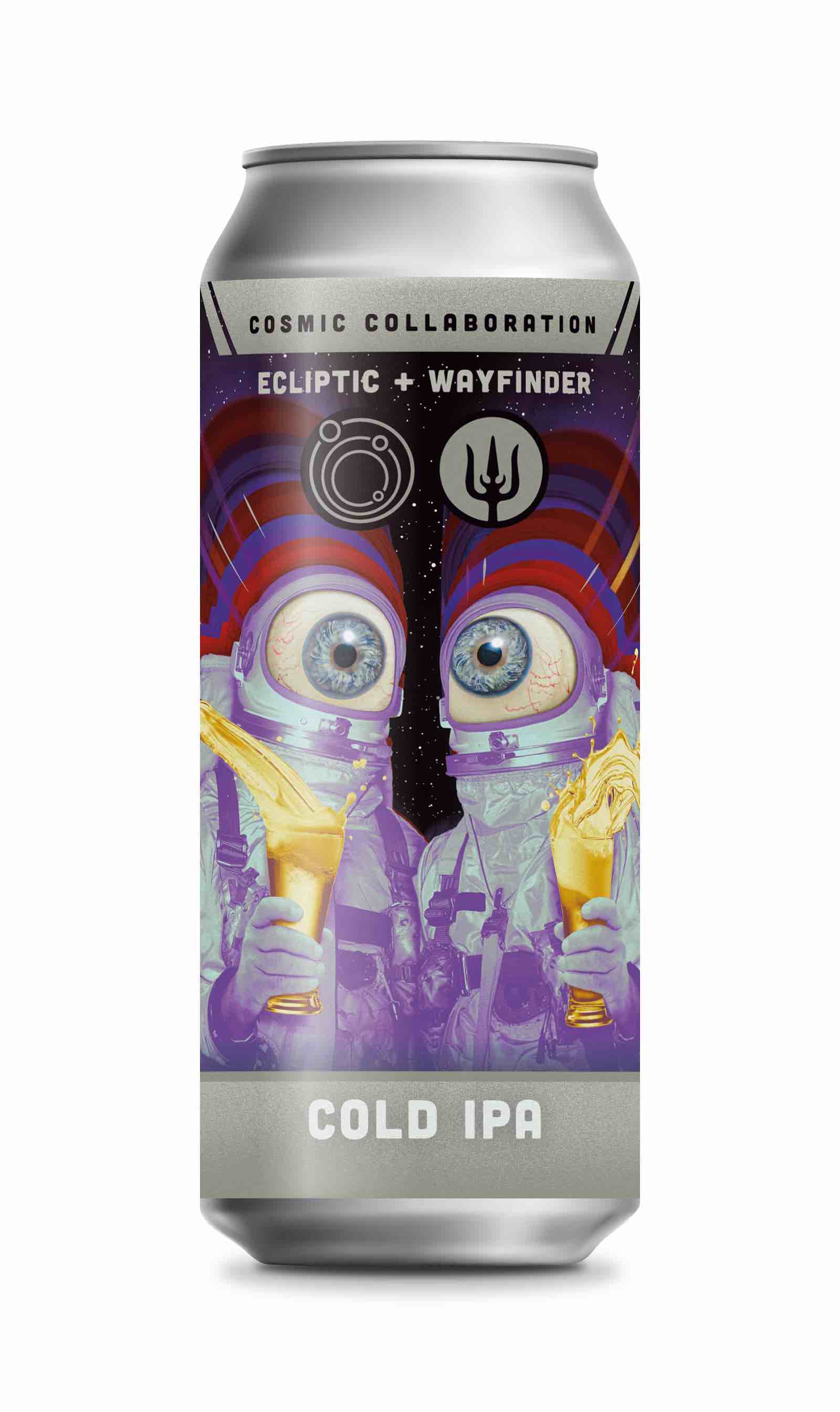 Ecliptic + Wayfinder Cosmic Collaboration Cold IPA will be released on draft and in 16-ounce cans throughout Ecliptic Brewing’s distribution network on February 17. An official virtual release party will be held via Zoom on February 25 from 5:30-6:00pm, with John Harris, Kevin Davey and Charlie Devereux in attendance. Visit Ecliptic’s website or Facebook event page for up-to-date details on this release.