As we head into the New Year, Ecliptic Brewing has announced its 2020 Beer Release Calendar. This coming year’s lineup will include beer releases from the following beer series: All the Time Series, Seasonal Series, Limited Release Series, Special Release/Cosmic Collaboration, and Reserve Series.

“We couldn’t keep Tucana Tangerine Sour Ale on the shelves this year, and tangerine is such a popular flavor,” said Ecliptic Brewing’s Sales Manager, Erin Grey Kemplin, in a statement. “We thought it would do well year-round.”

Tucana Tangerine Sour Ale is brewed with pale and wheat malts, Cascade Hops, and it gets its citrusy burst from real tangerines from a local fruit supplier Oregon Fruit Products. This new year-round beer is an approachable 4.8% ABV and 10 IBUs. A release party for Tucana is planned at Ecliptic’s restaurant on January 25th. 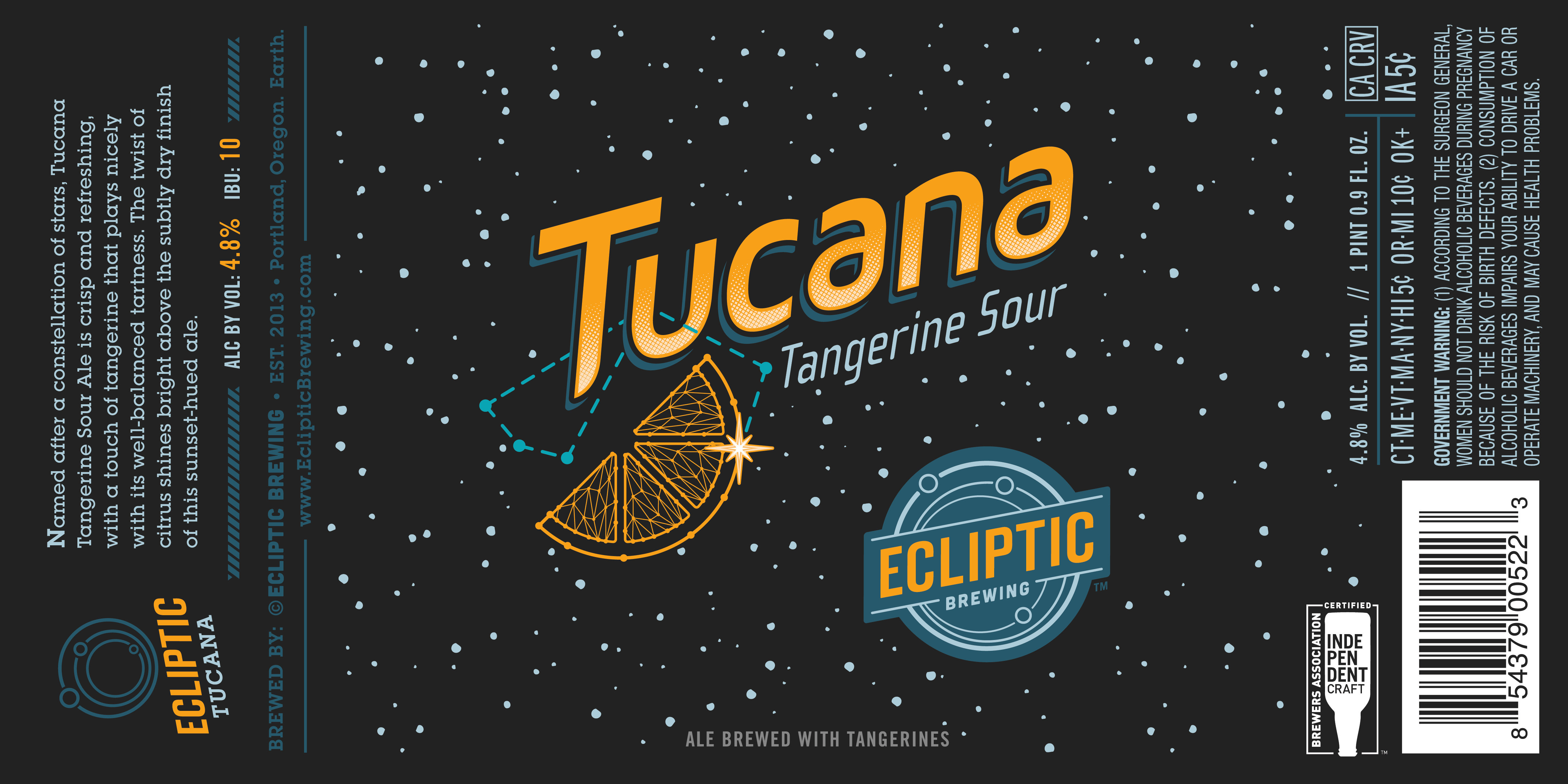 Ecliptic will continue its Seasonal Series with five rotations, bringing back Flamingo Planet Guava Blonde Ale, Quasar Pale Ale and Filament Winter IPA. Two new beers will join the lineup in the coming year that includes Meridian Vanilla Stout will be released in January and SunRay Juicy IPA in May.

Meridian Vanilla Stout will be released in 12oz cans through the month of February. This Dry Irish Style Stout is brewed with Pale and Munich Malts in addition to Carafa Special Type 3, a dark-roasted specialty malt made from high-quality spring barley and roasted barley. This helps give the beer a dark color and full-bodied flavor profile. Real vanilla beans were added to the bright tank to provide a touch of sweetness and aroma. Meridian Vanilla Stout sits at 5.2% ABV and 23 IBUs.

“You don’t see a ton of stouts in cans – at least, we’ve never done one- so we used this as an opportunity to provide the market with something unique,” says Ecliptic Owner and Brewmaster, John Harris, in a statement. “This is a dry Irish Style Stout, brewed with real vanilla, and it’s going to be delicious.”

Phaser Hazy IPA along with the brewery’s two popular fresh hop options – Altair Fresh Hop Pale Ale and Astra Fresh Hop Lager – will return as Limited Releases. Joining these three beers in this series is Vega IPA, available in 16oz cans. Vega IPA was originally a draft-only option with rotating hops in each batch. Vega IPA is now completely experimental and allows Ecliptic’s brewers to play with any IPA style, whether that is hazy, juicy or beyond.

Another avenue in which Ecliptic will push the limits of creativity in the brewhouse is within its Special Release and Cosmic Collaboration Series. While a few fan favorites will return, like Oort Imperial Stout, Cosmos Coconut & Vanilla Hazy IPA and Orange Giant Barleywine, the company will also brew a fun new experimental ale and partner with some esteemed breweries to create exciting collaborations.

Ecliptic Brewing will also continue to release beers from its barrel-aging program as part of the Reserve Series.

All the Time Series