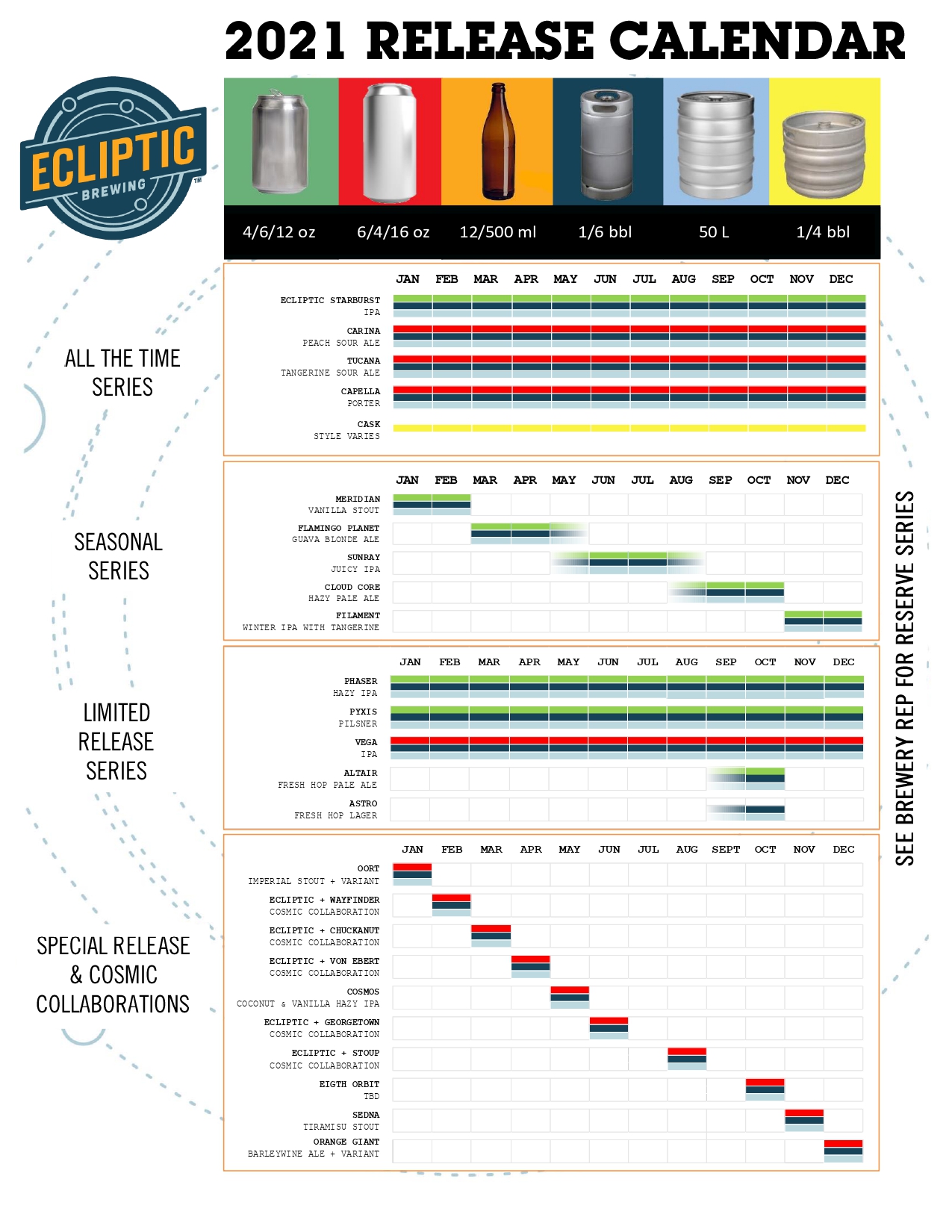 Portland, Oregon. Earth. (January 5, 2020)- North Portland’s Ecliptic Brewing is excited to announce its 2021 beer release calendar. With steady favorites continuing to brew, as well as exciting new releases in the queue, Ecliptic is ready to take on the new year.

Ecliptic will continue with their current All the Time Series beers, but the company’s two sour ale offerings – Carina Peach Sour Ale and Tucana Tangerine Sour Ale – are moving from 500ml bottles to 16-ounce cans. With this change, all of Ecliptic Brewing’s products will be packaged in cans, aside from the barrel-aged Reserve Series still offered in glass bottles.

In the Limited Release Series, Ecliptic is proud to announce a new addition: Pyxis Pilsner. Offered in six packs of 12-ounce cans, this classic German-style beer will be the company’s first canned lager. Says Ecliptic Brewing’s Sales Manager, Erin Grey Kemplin, “We have been looking at doing a canned pilsner for years. As a devoted lager drinker myself, I think Pyxis is a much needed addition to our lineup”. Pyxis Pilsner will be offered in limited distribution in the Portland market to start.

Ecliptic will continue its Seasonal Series with five rotations. Meridian Vanilla Stout, which was introduced last year and kicks off the lineup, will switch from an Irish dry stout to an American stout, and draft will be offered on nitro. One major change to the series is the introduction of Cloud Core Hazy Pale Ale, which will launch in August and run through October. Flamingo Planet Guava Blonde Ale, SunRay Juicy IPA and Filament Winter IPA with Tangerine will continue into the 2021 rotation.

Creativity and collaboration shine especially bright in Ecliptic’s Special Release and Cosmic Collaboration Series, with the addition of five collab beers and both new and returning favorites. For example, classics such as Oort Imperial Stout and Orange Giant Barleywine will each offer new flavor variations to go along with the original beers.

Ecliptic Brewing will continue to release beers from its barrel-aging program as part of the Reserve Series. Additionally, the Brewer’s Spotlight Series will offer draft only options from the company’s creative brew team. 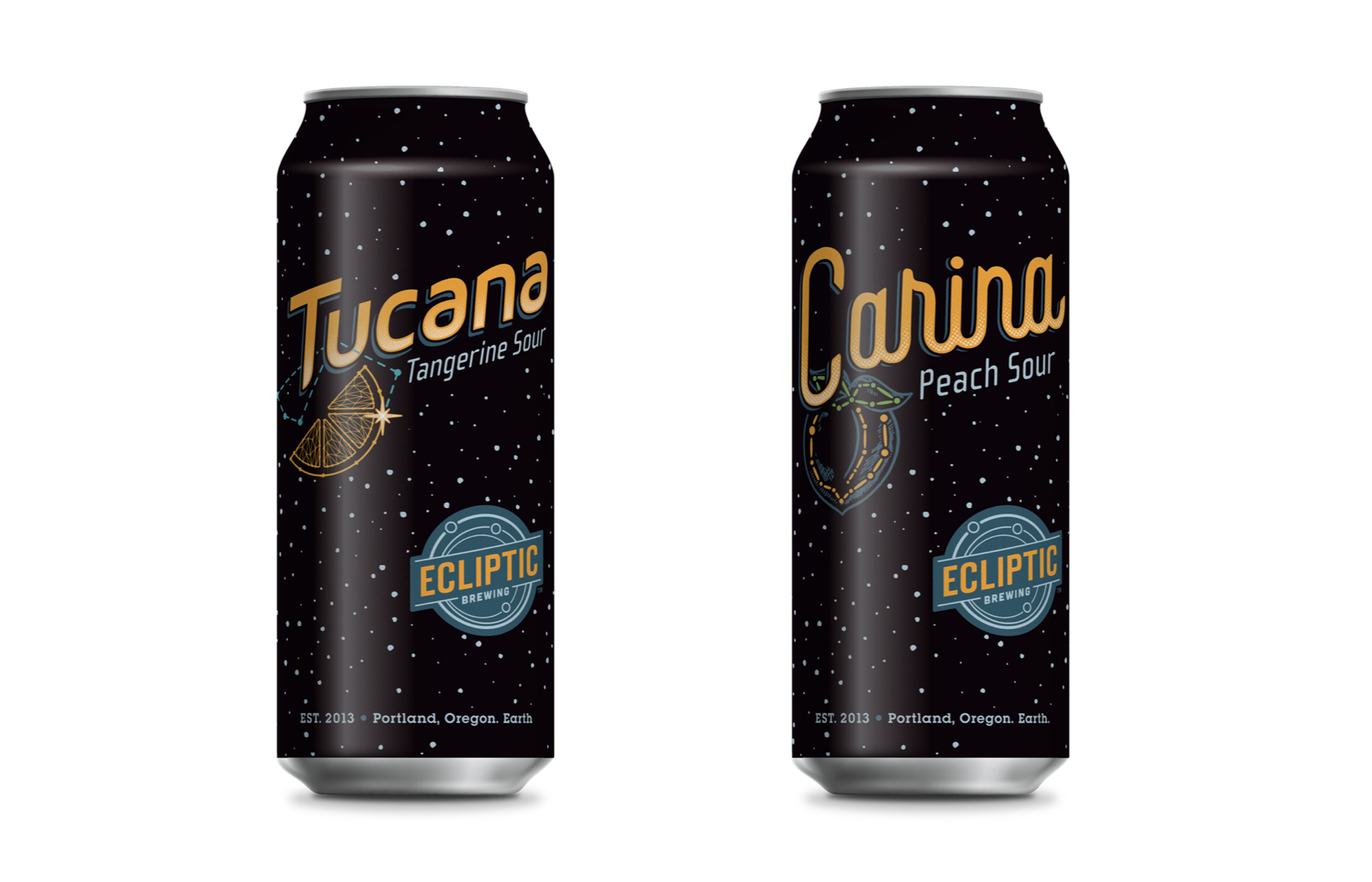 2021 Beer Lineu
All the Time Series

About Ecliptic Brewing
Ecliptic Brewing is a venture from John Harris, an Oregon beer icon whose background is steeped in the state’s rich craft brewing history. The name Ecliptic unites Harris’ two passions: brewing and astronomy. As such, the brewery celebrates the Earth’s yearly journey around the sun through both its beer and restaurant menus. Harris’ signature beers include Ecliptic Starburst IPA, Phaser Hazy IPA, Carina Peach Sour Ale and Capella Porter. For more information, visit: eclipticbrewing.com.