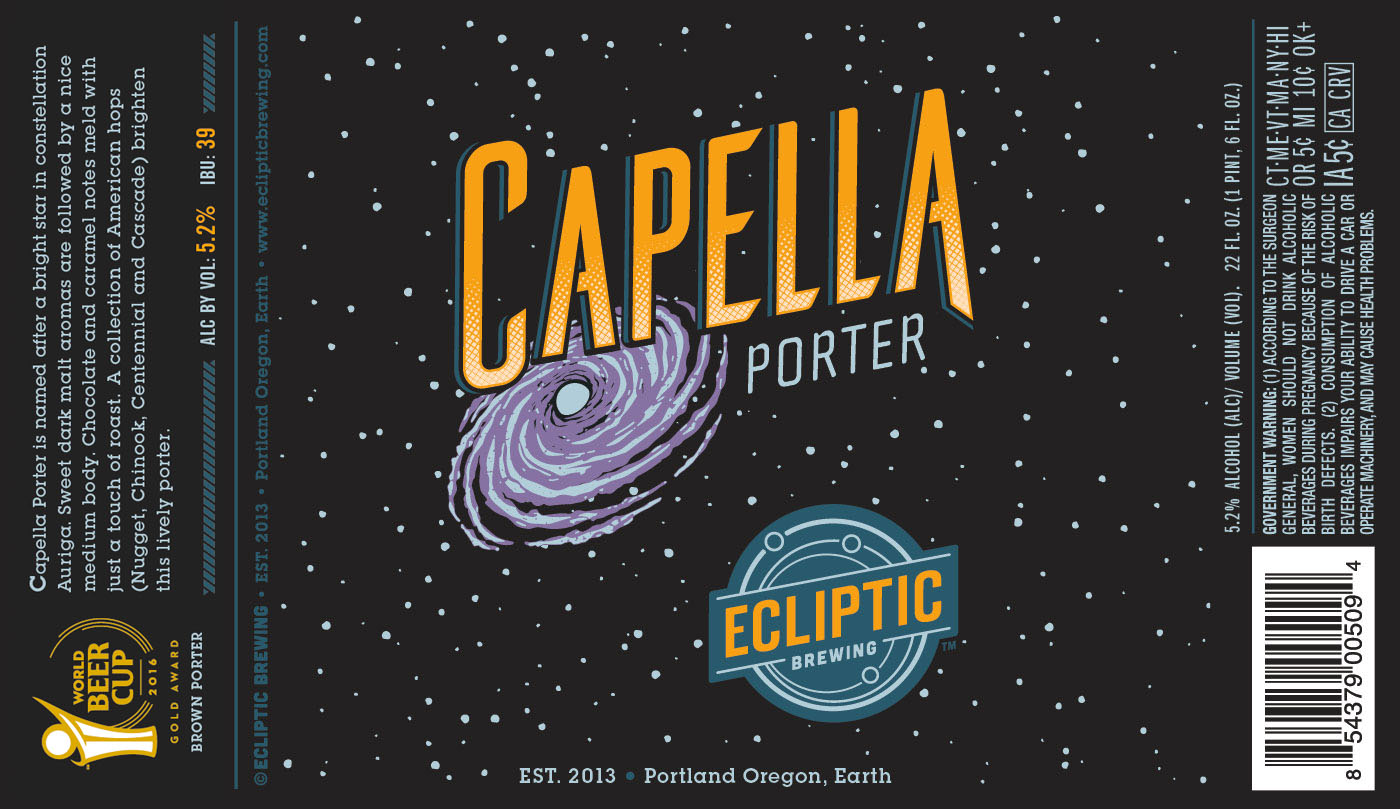 The latest 22 oz. bottled beer from Ecliptic Brewing that is now part of its All the Time Series of beers is Capella Porter. Named after a bright star in the Auriga constellation, Capella Porter is full of roasty malt character alongside Nugget, Chinook, Centennial, and Cascade hops that makes this one of our go-to Porters. Capella Porter is 5.2% ABV and 39 IBUs.

Last year Capella Porter won gold at the World Beer Cup, US Open Beer Championships, Oregon Beer Awards. “It was quite the honor to win on a state, national, and world level. It has been exciting to see this beer become a favorite and for people to be asking for it at bottle shops and grocery stores,” stated John Harris, Owner and Brewmaster of Ecliptic Brewing in a news release. “Capella Porter does a good job rounding out our year-round offerings and I can’t wait to see it on the shelf.” 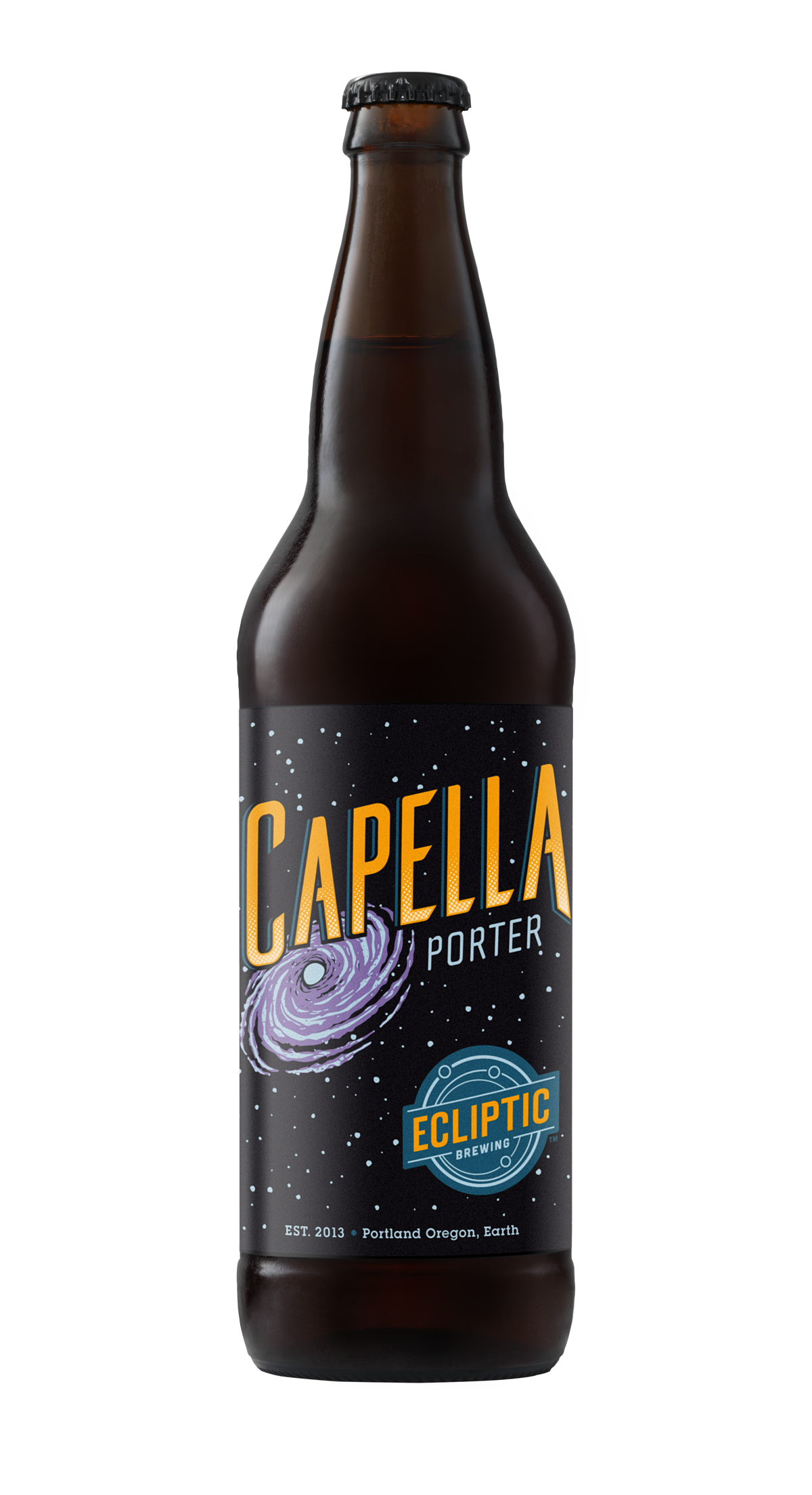 Bottles of Capella Porter will being hitting store shelves on Thursday, January 19th, throughout the distribution footprint of Ecliptic Brewing in Oregon, Washington, Idaho, Colorado, North Carolina and Canada. Capella Porter is part of the All the Time Series of 22 oz. bottled beers from Ecliptic that includes Orbiter IPA, Spectra Hoppy Pilsner, and Carina Peach Sour Ale.