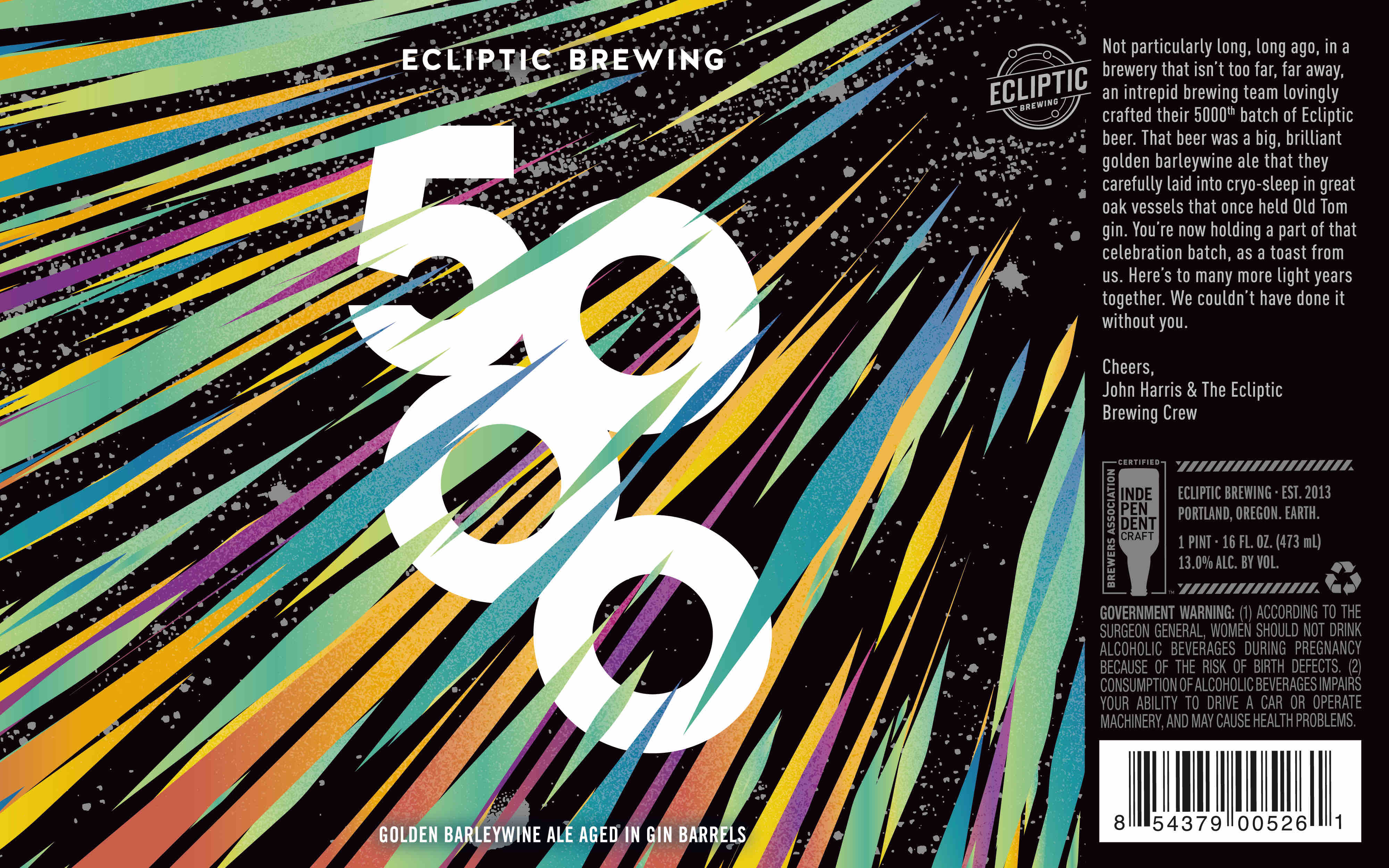 Portland, Oregon. Earth. (February 23, 2022)- Ecliptic Brewing – the brewery founded by Oregon beer icon, John Harris – recently celebrated an important brewing milestone: the 5000th batch of beer the company has made. The beer, simply called “5000”, is a golden barleywine aged in gin barrels. It will be released in both 16-ounce can four-packs and draft in mid-February. Very limited quantities are available of this special brew.

5000 was brewed with Pale and Munich malts and hopped with Nugget, Azacca, and Mosaic. The beer slept in Ransom Old Tom Gin barrels for 5 months, picking up notes of oak and gin aromatics. This milestone brew was an extra special one for Ecliptic’s Owner and Brewmaster, John Harris, who is known for his annual Orange Giant Barleywine release and is a big fan of gin. He did lots of gin research early in the pandemic, perfecting the at-home negroni.

Says Harris, “This beer was inspired by Larry Bell and how he names milestone batches at Bell’s Brewery. We were so busy that I missed our 1000 and 2500 batches! We tracked 5000 for about four months. I wanted a stronger ale, so I chose barleywine, and I wanted all the color to come from the gin barrel. Old Tom is a darker gin, so I know if we kept the beer golden, the barrel would impact the beer’s color- and it did. We chose to package it in a can to add some fun. It’s not such a serious thing! Next up is batch 7500.”

Very limited quantities of 5000 will be released in both draft and 16-ounce cans throughout Ecliptic Brewing’s distribution network beginning mid-February. Visit Ecliptic’s website and Facebook page for up-to-date details on release events.

About 5000: Gin Barrel-aged Golden Barleywine
Not particularly long, long ago, in a brewery that isn’t too far, far away, an intrepid brewing team lovingly crafted their 5000th batch of Ecliptic beer. That beer was a big, brilliant golden barleywine ale that they carefully laid into cryo-sleep in great oak vessels that once held old tom gin. You’re now holding a part of that celebration batch, as a toast from us. Here’s to many more light years together. We couldn’t have done it without you.