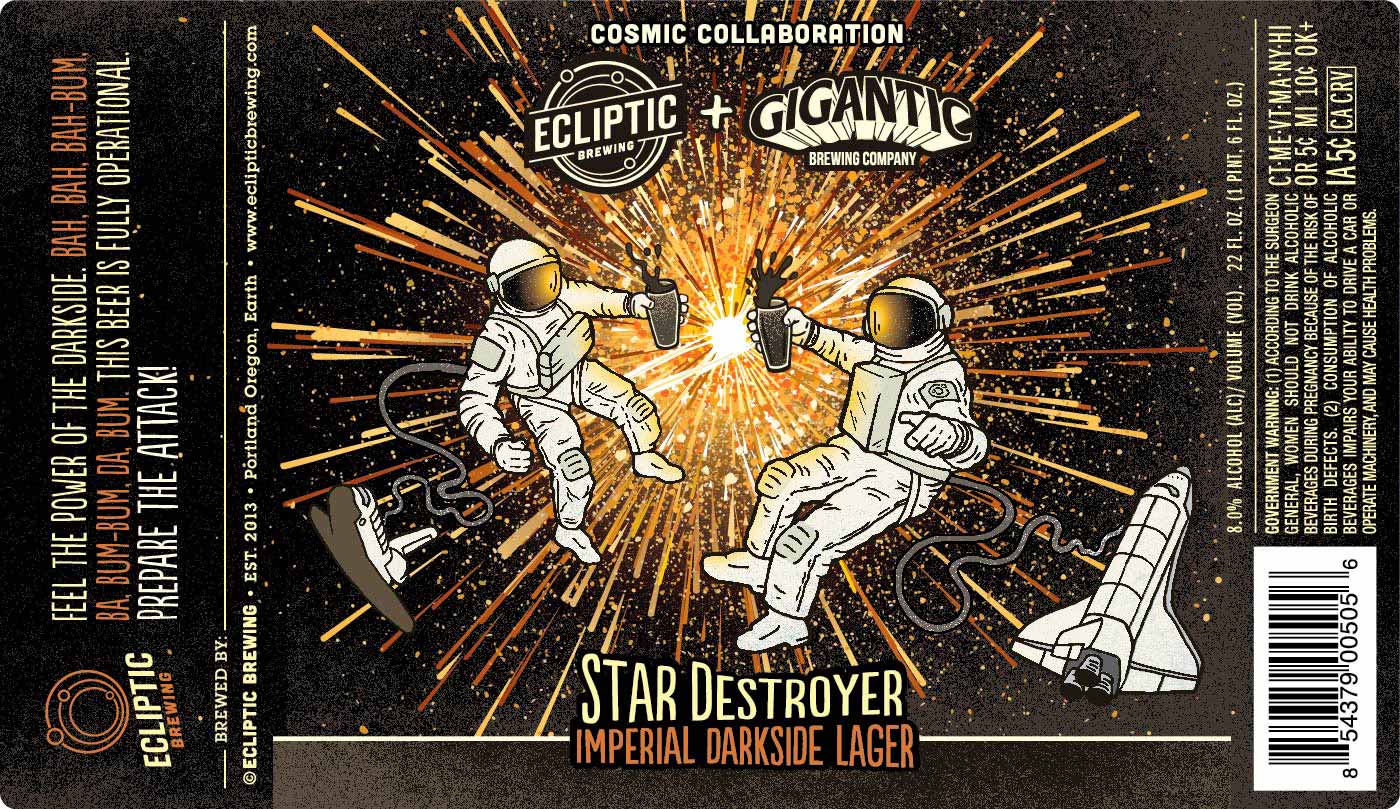 “In 2016 I approached Van Havig of Gigantic about a collaboration for 2017.  He agreed only if we called the beer Star Destroyer,” said Owner and Brewmaster of Ecliptic Brewing, John Harris. “Brewing with the boys from Gigantic is always a good time!”

Ecliptic and Gigantic collaborated in 2013 on TicWitTic American Sour Ale, brewed for the opening of Ecliptic. Both breweries knew that another collaboration was bound to happen, but little did they know that a beer brewed to the tunes of The Imperial March would be it. Check out the description of Star Destroyer below. 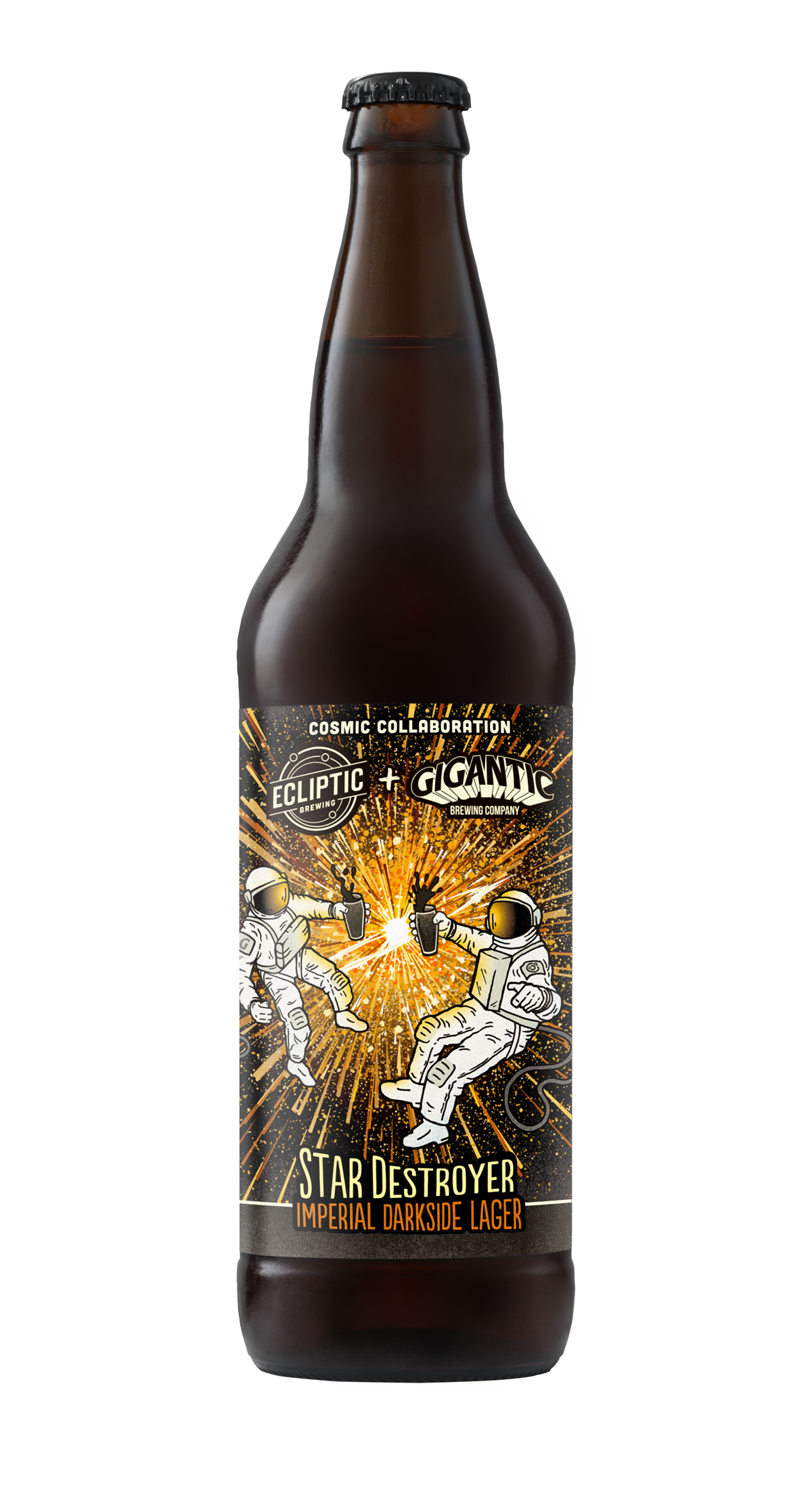 About Ecliptic Brewing
Ecliptic Brewing is a venture from John Harris, an Oregon beer icon whose background is steeped in the state’s rich craft brewing history. The name Ecliptic unites Harris’ two passions: brewing and astronomy, and as such, the brewery celebrates the Earth’s yearly journey around the sun through both its beer and restaurant menus. Executive chef Michael Molitor rotates his seasonally inspired menu every six weeks in accordance with the old world calendar. Harris’ signature beers include Spectra Hoppy Pilsner, Orbiter IPA, Phobos Single Hop Red Ale, and Capella Porter. For more information, visit: www.eclipticbrewing.com.