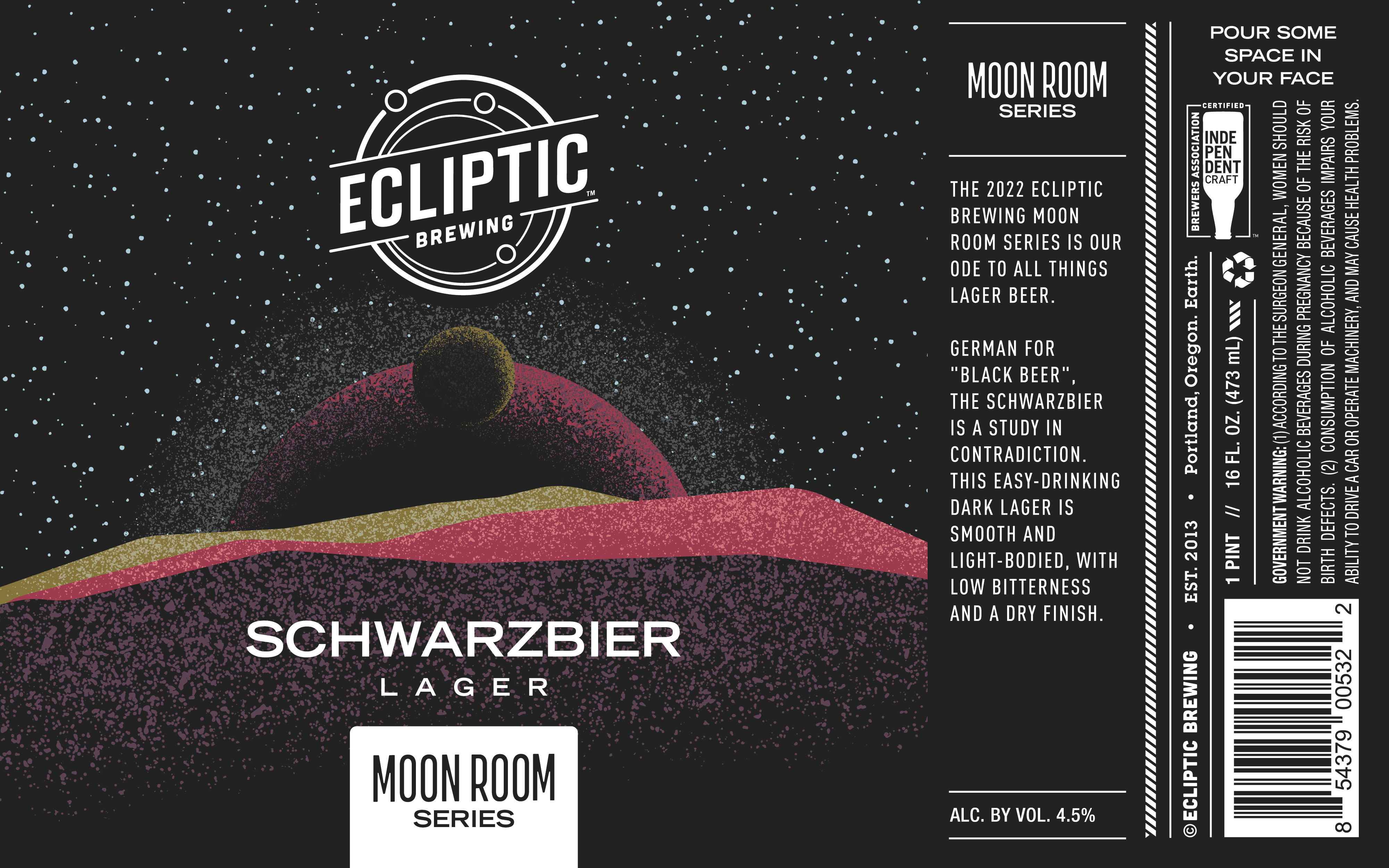 Portland, Oregon. Earth. (November 17, 2022) – This fall Ecliptic Brewing will release the last beer in their Moon Room Series- a Schwarzbier. The series features a collection of lager beer in celebration of Ecliptic opening its second location – The Moon Room – which is well setup for lagering. The final release in this series will ship November 23rd in 16-ounce can four-packs and draft.

Ecliptic’s Schwarzbier is brewed with a variety of malts, including Munich and Victory, and is hopped with Hallertau Tradition and Northern Brewer. Though dark, this beer is smooth and easy drinking, clocking in at 4.5% ABV and 20 IBU. Says Ecliptic’s Owner and Brewmaster, John Harris, “Sometimes these beers are known as ‘Black Pilsners.’ They have a crisp finish like other lager styles, but they also have that dark beer flavor.”

About Moon Room Series: Schwarzbier
German for “black beer”, the Schwarzbier is a study in contradiction. This easy-drinking dark lager is smooth and light-bodied, with low bitterness and a dry finish.
ABV: 4.5%
IBU: 20