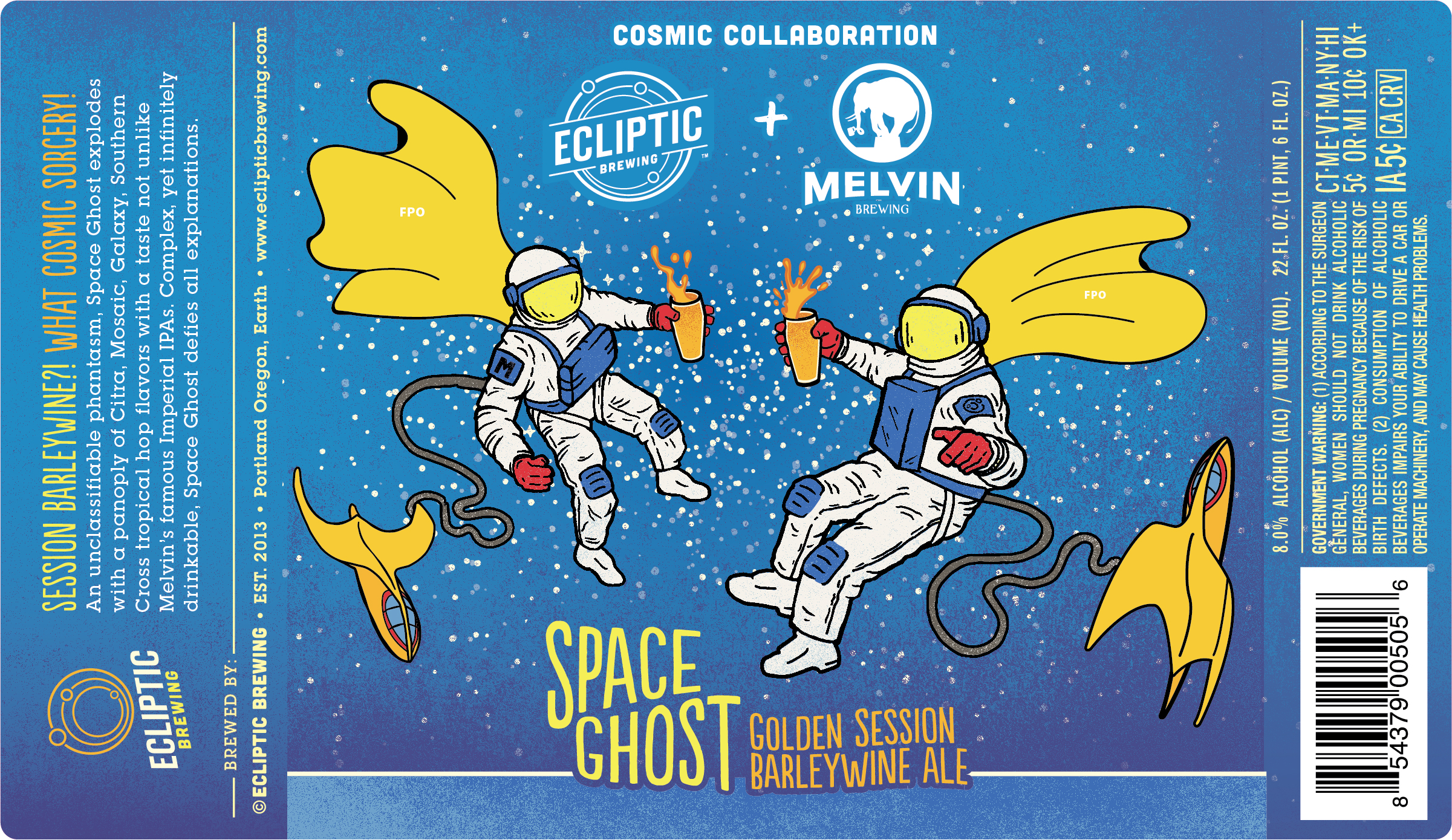 PORTLAND, Ore. (May 23)- From Fort George to Worthy and on to Gigantic, the Cosmic Collaboration Series from Ecliptic Brewing has most recently been Oregon brewery focused.  This time around however, Ecliptic looked out east for their next collaboration partner.  Melvin Brewing from Alpine, WY traveled to Portland to create a beer that defies all explanations.  The Cosmic Collaboration is playfully named, Space Ghost Golden Session Barleywine and takes inspiration from Melvin’s illustrious Imperial IPA’s.

“When Jeremy Tofte (Co-Founder/Field Hoperative at Melvin Brewing) and I first talked about this beer he wanted to make a barleywine,” said Owner and Brewmaster of Ecliptic Brewing, John Harris.  “I thought a barleywine in the summer? No way! That’s when the idea for a golden session barleywine was born.” said Harris.

Ecliptic+Melvin will be celebrating the release of the beer in both Portland and Seattle.  Details below: 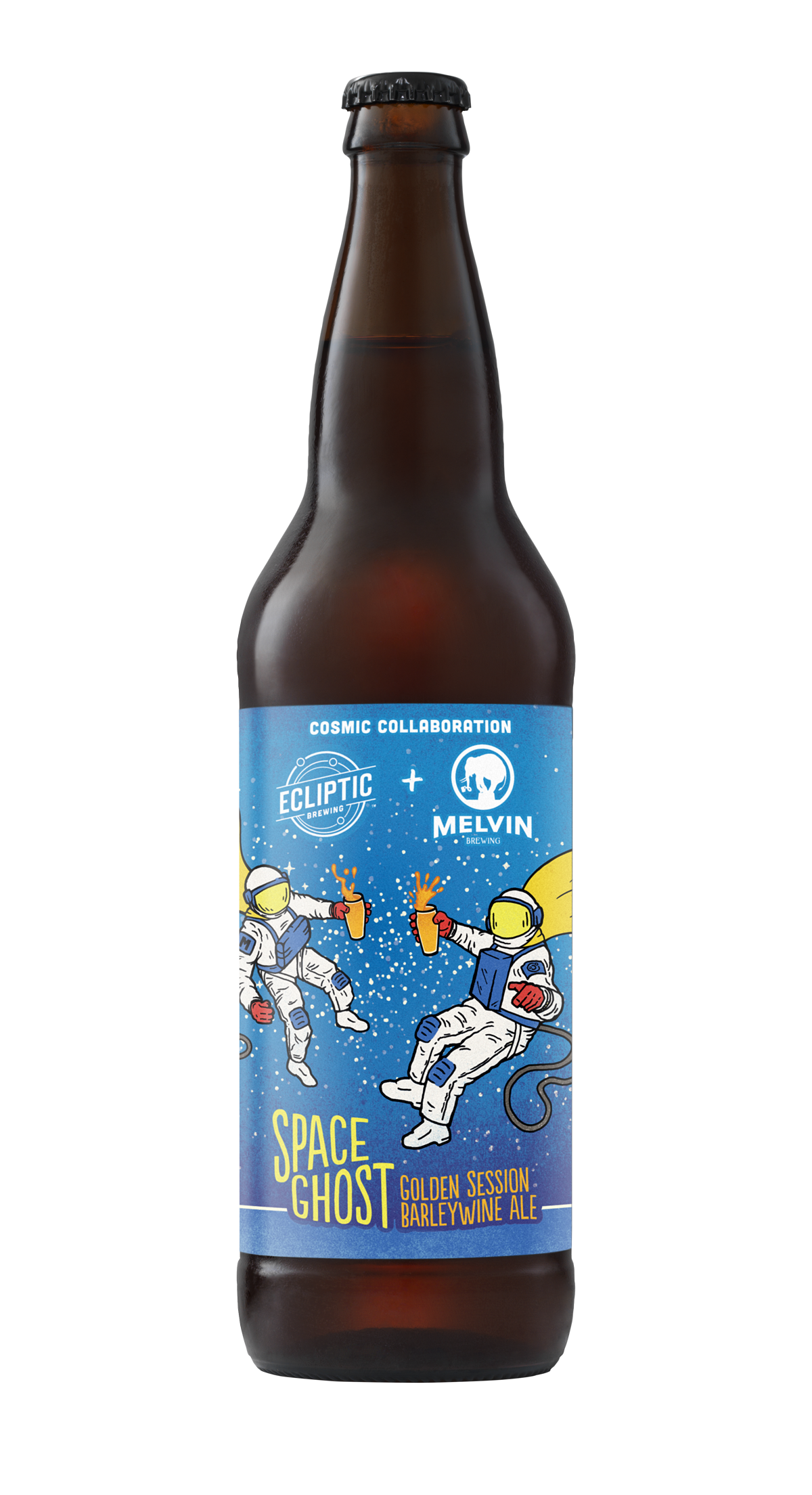 About Ecliptic Brewing
Ecliptic Brewing is a venture from John Harris, an Oregon beer icon whose background is steeped in the state’s rich craft brewing history. The name Ecliptic unites Harris’ two passions: brewing and astronomy, and as such, the brewery celebrates the Earth’s yearly journey around the sun through both its beer and restaurant menus. Executive chef Michael Molitor rotates his seasonally inspired menu every six weeks in accordance with the old world calendar. Harris’ signature beers include Spectra Hoppy Pilsner, Orbiter IPA, Carina Peach Sour Ale, and Capella Porter. For more information, visit: www.eclipticbrewing.com.