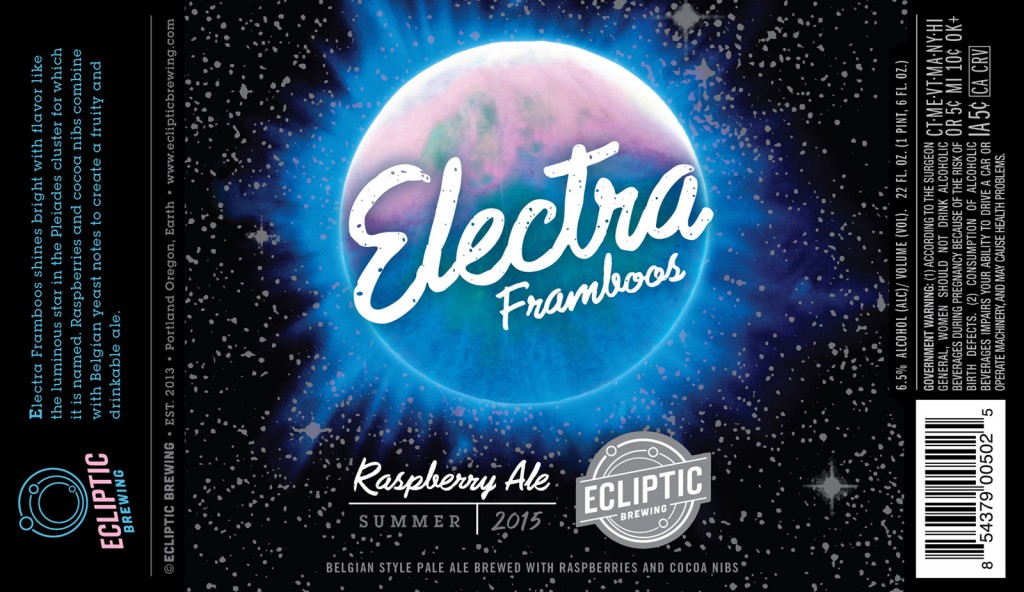 “Summer seasonals tend to be drinkable session beers, and we wanted to create something that people could enjoy as the hot weather begins to wane,” said owner and head brewmaster John Harris.  “The flavors in Electra Framboos make it a perfect transitional beer.”

About Electra Framboos Raspberry Ale
Electra Framboos shines bright with flavor like the luminous star in the Pleiades cluster for which it is named.  Raspberries and cocoa nibs combine with belgian yeast notes to create a fruity and drinkable ale.