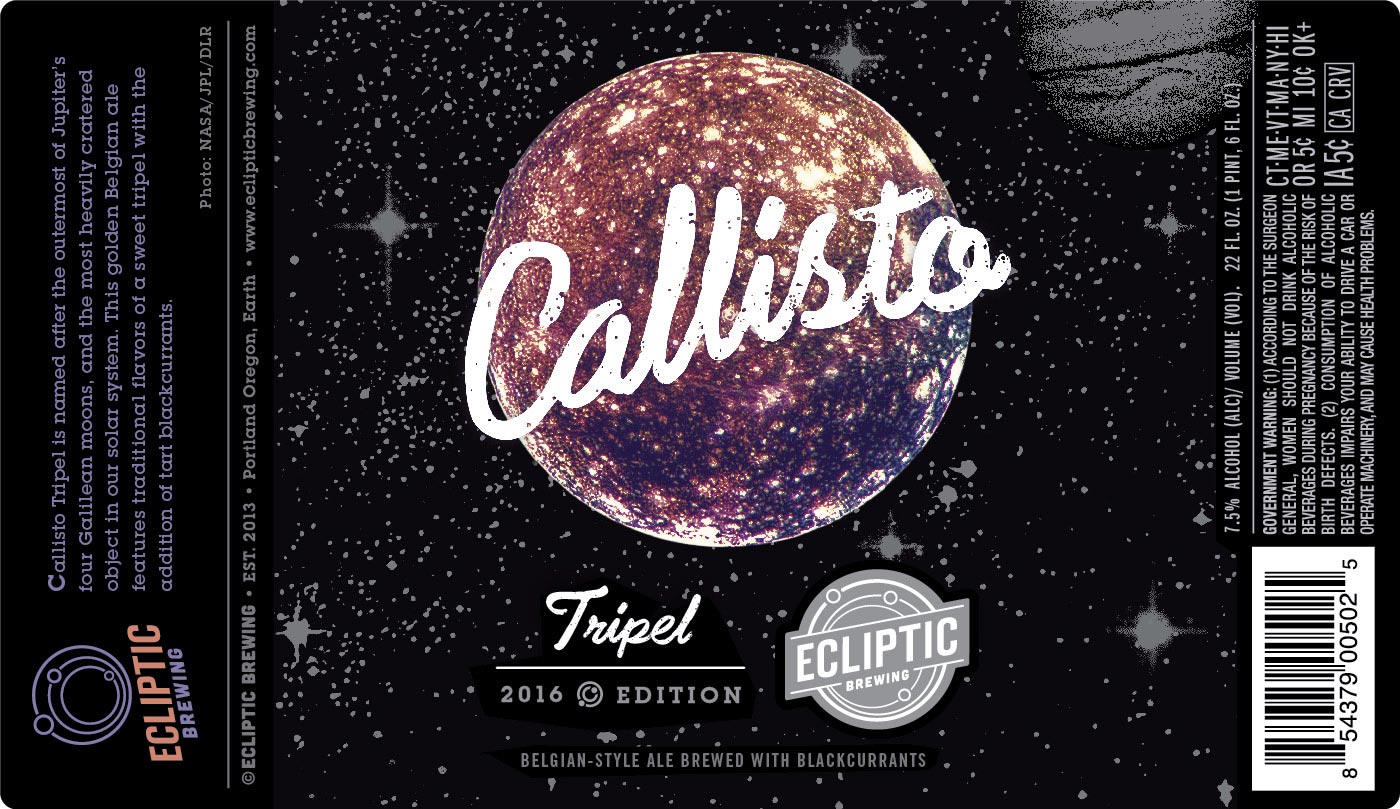 PORTLAND, Ore. (April 7, 2016) – Ecliptic Brewing continues to expand their Special Release line-up in 2016 with the addition of another unique beer. Callisto Tripel with Blackcurrants, inspired by their love of beers brewed with fruit, will be released on April 27th in both draft and 22oz package.

“Our head brewer, Phil Roche, tossed out the idea for this beer” said owner and brewmaster John Harris. “We worked together to bring you this purple work of brewing magic with just the right amount of sweet and tart notes.”

About Callisto Tripel with Blackcurrants
Callisto Tripel is named after the outermost of Jupiter’s four Galilean moons, and the most heavily cratered object in our solar system. This golden Belgian ale features traditional flavors of a sweet tripel with the addition of tart blackcurrants.
ABV: 7.5%
IBU: 12
Gravity: 16.5°