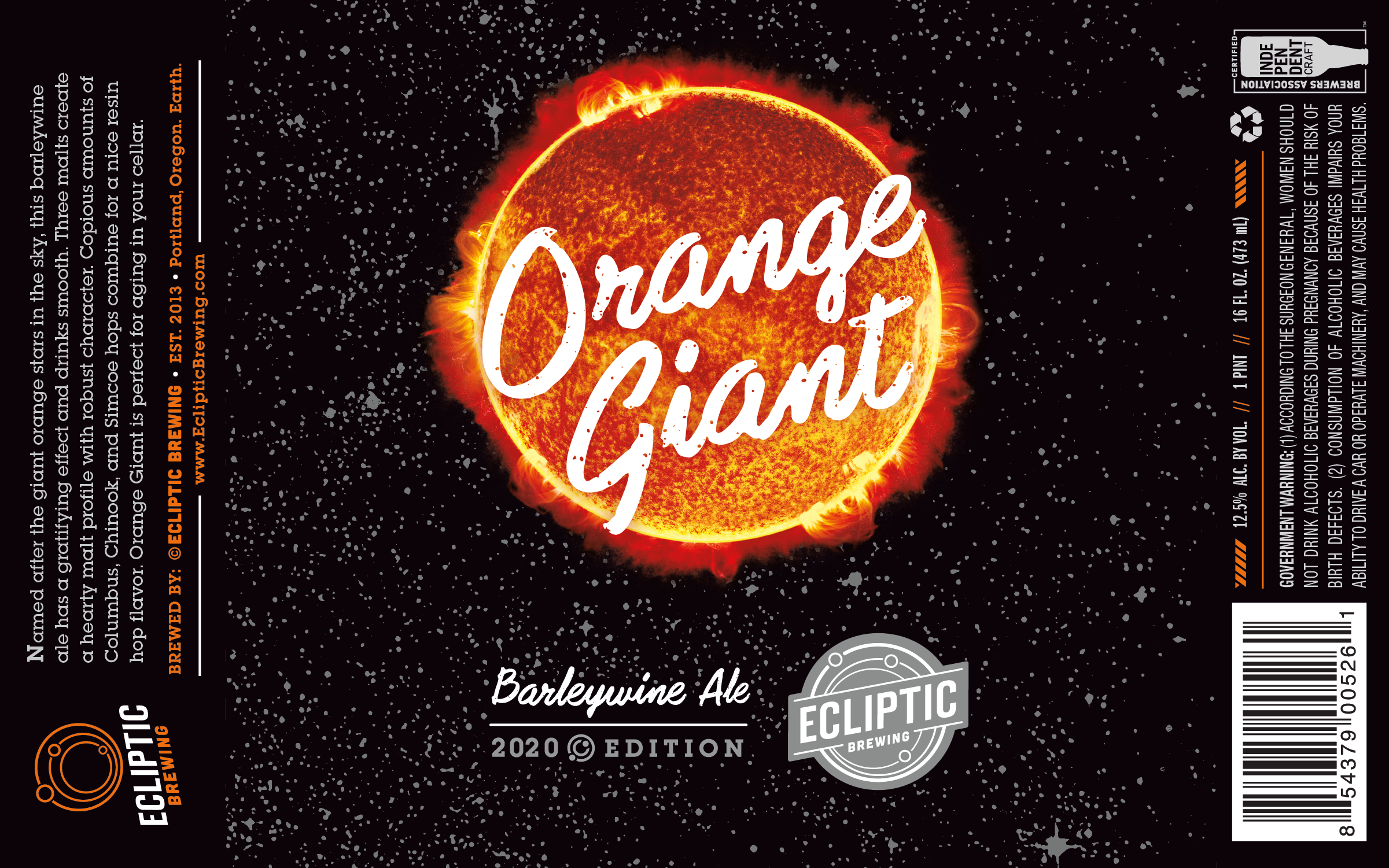 “Orange Giant is our classic winter Special Release, but we wanted to have some fun with it this year and create an additional version to try side-by-side,” said Owner and Brewmaster, John Harris, in a statement. “We added real pineapple and Azacca hops, which complement the dark biscuity flavors present in our barleywine, and the result is a delicious, dessert-like brew.”

The barrel-aged versions have been sleeping in rye or bourbon barrels for nearly one year that adds complex and bold notes to each variant. “Ecliptic has not released a Barrel-Aged Orange Giant Barleywine since 2017, so we’re excited to have this available again,” said Harris, in a statement.

Here is a preview of the four variants of Orange Giant Barleywine.

Orange Giant Barleywine
Named after the giant orange stars in the sky, this barleywine ale has a gratifying effect and drinks smooth. Three malts create a hearty malt profile with robust character. Copious amounts of Columbus, Chinook and Simcoe hops combine for a nice resin hop flavor. Orange Giant is perfect for aging in your cellar.
ABV: 12.5% / IBU: 80 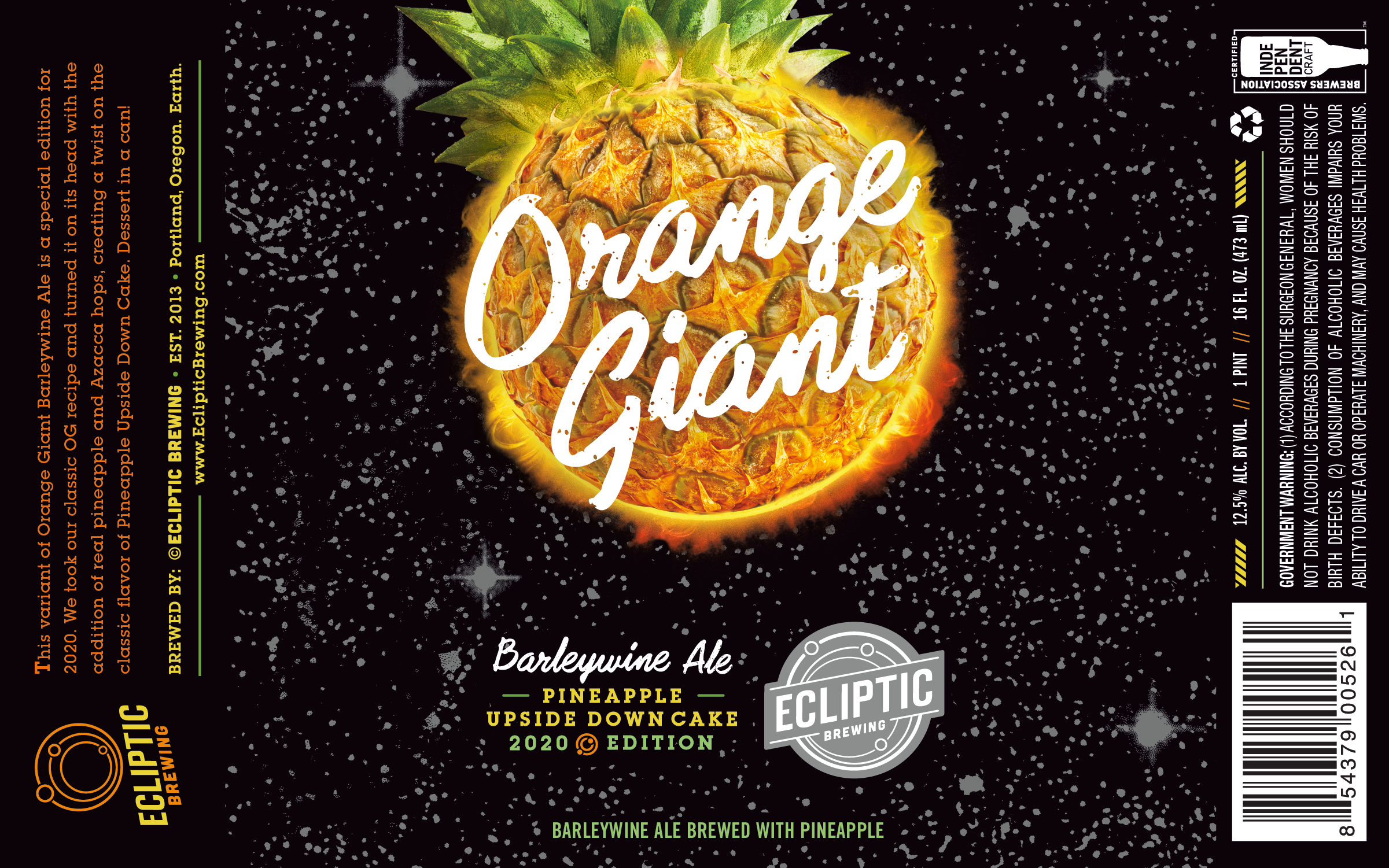 Orange Giant Barleywine: Pineapple Upside Down Cake Edition
This variant of Orange Giant Barleywine Ale is a special edition for 2020. We took our classic OG recipe and turned it on its head with the addition of real pineapple and Azacca hops, creating a twist on the classic flavor of Pineapple Upside Down Cake. Dessert in a can!
ABV: 12.5% / IBU: 80 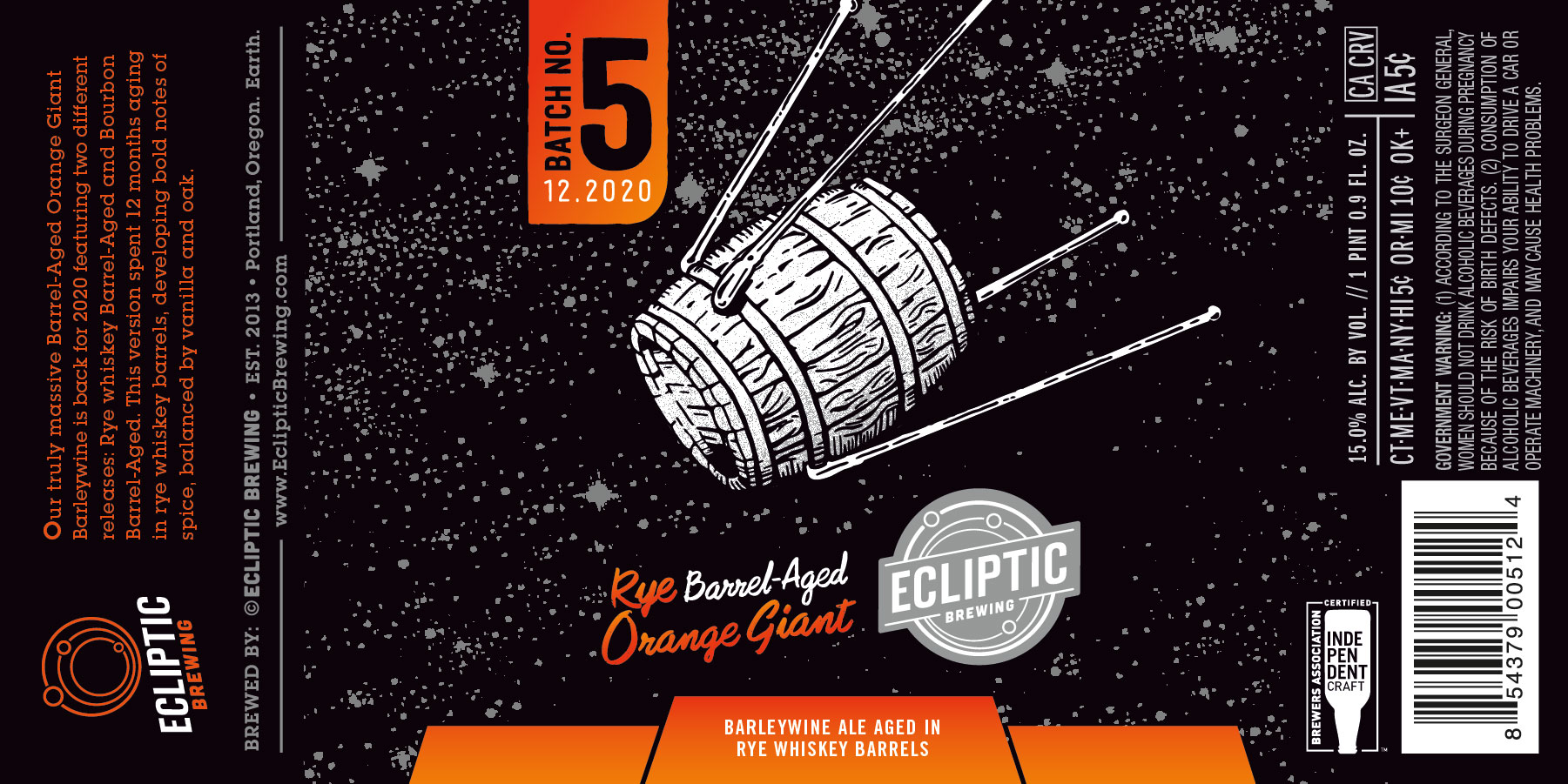 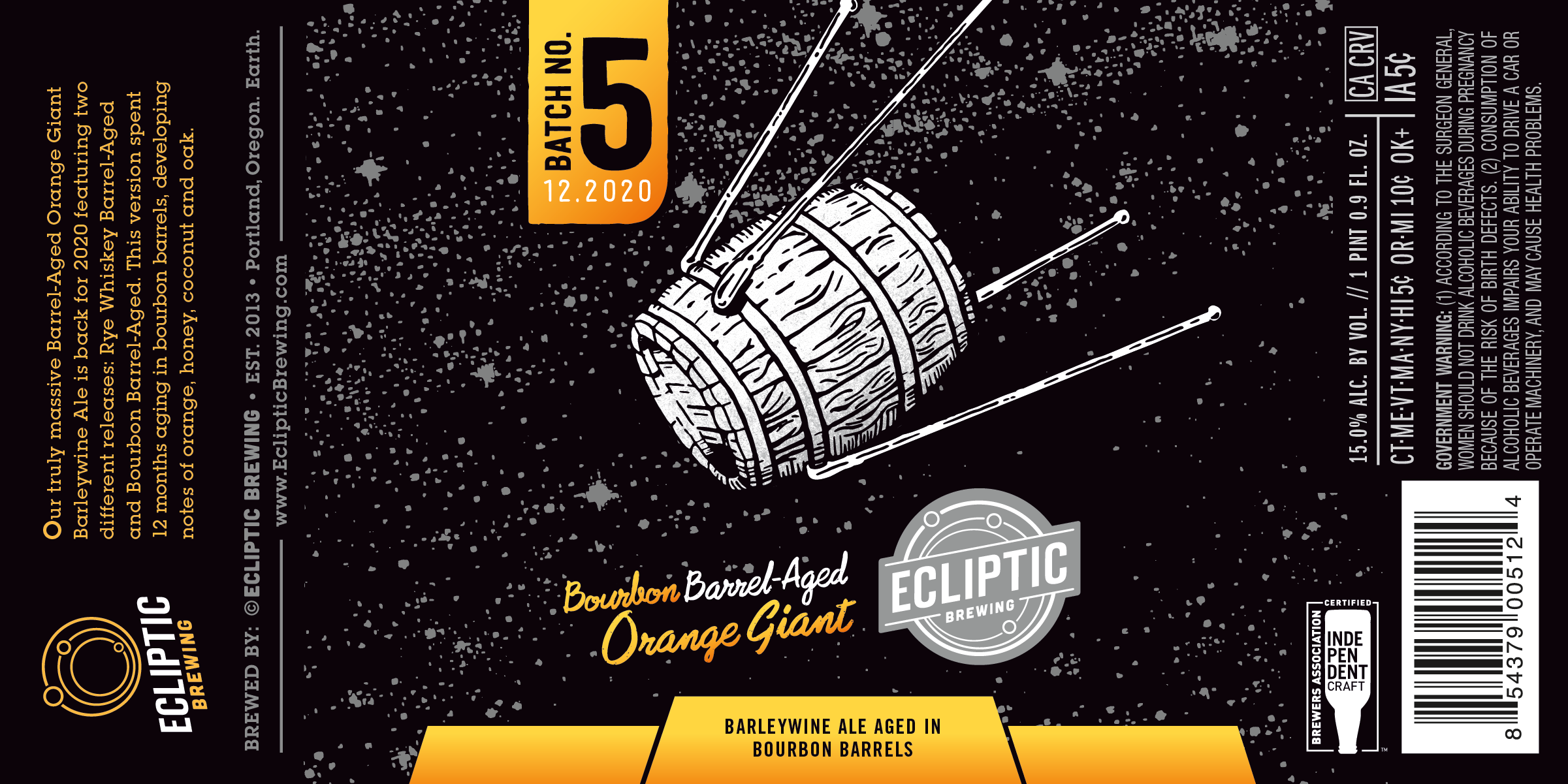