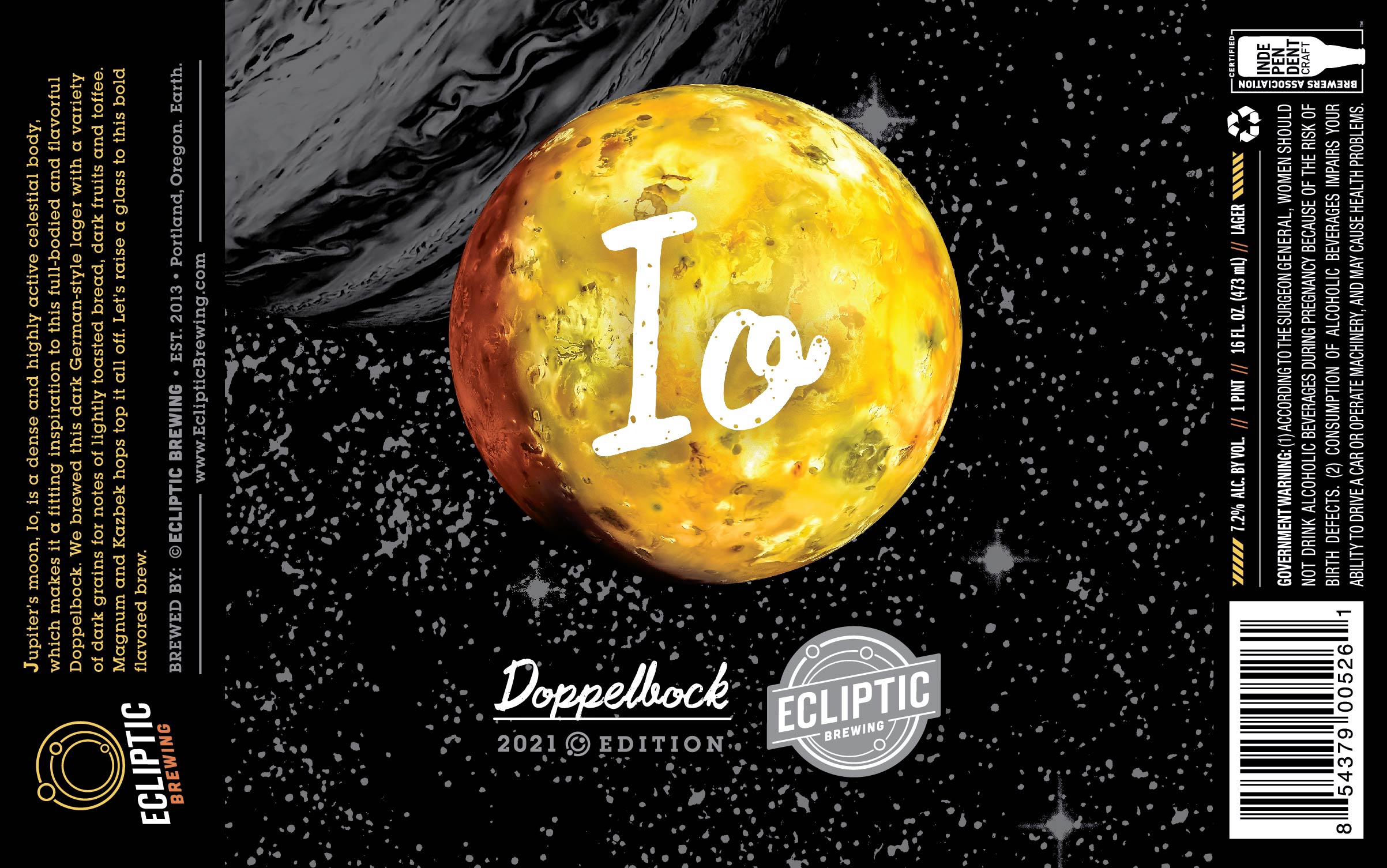 Portland, Oregon. Earth. (November 3, 2021)- Ecliptic Brewing will release Io Doppelbock in 16-ounce cans and draft this November as part of their 2021 Special Release Series. This is the first time the company will release this beer and the first time packaging this style.

A collection of malts, including Dark Pilsner, Dark Munich, and CaraAroma create the backbone of this dark lager, while Magnum and Kazbek hops round it out. With flavors of lightly toasted bread, dark fruits and toffee, this 7.2% full-bodied beer will pair well with many upcoming holiday meals.

John Harris, Ecliptic’s Owner and Brewmaster, says, “We opened up Pandora’s box for our November Special Release. I asked our entire brew team what they wanted to make and removed myself completely from the decision. It was fun to see all the beer styles thrown out. Ultimately, they voted on a Doppelbock, which is something we’ve never packaged before.”

Io (which is one of Jupiter’s moons) Doppelbock will be released in 16-ounce cans and draft throughout Ecliptic Brewing’s distribution network on November 10th. Visit Ecliptic’s website for up-to-date details on potential release events.

Io Doppelbock
Jupiter’s moon, Io, is a dense and highly active celestial body, which makes it a fitting inspiration to this full-bodied and flavorful Doppelbock. We brewed this dark German-style lager with a variety of dark grains for notes of lightly toasted bread, dark fruits and toffee. Magnum and Kazbek hops top it all off. Let’s raise a glass to this bold flavored brew.
ABV: 7.2%