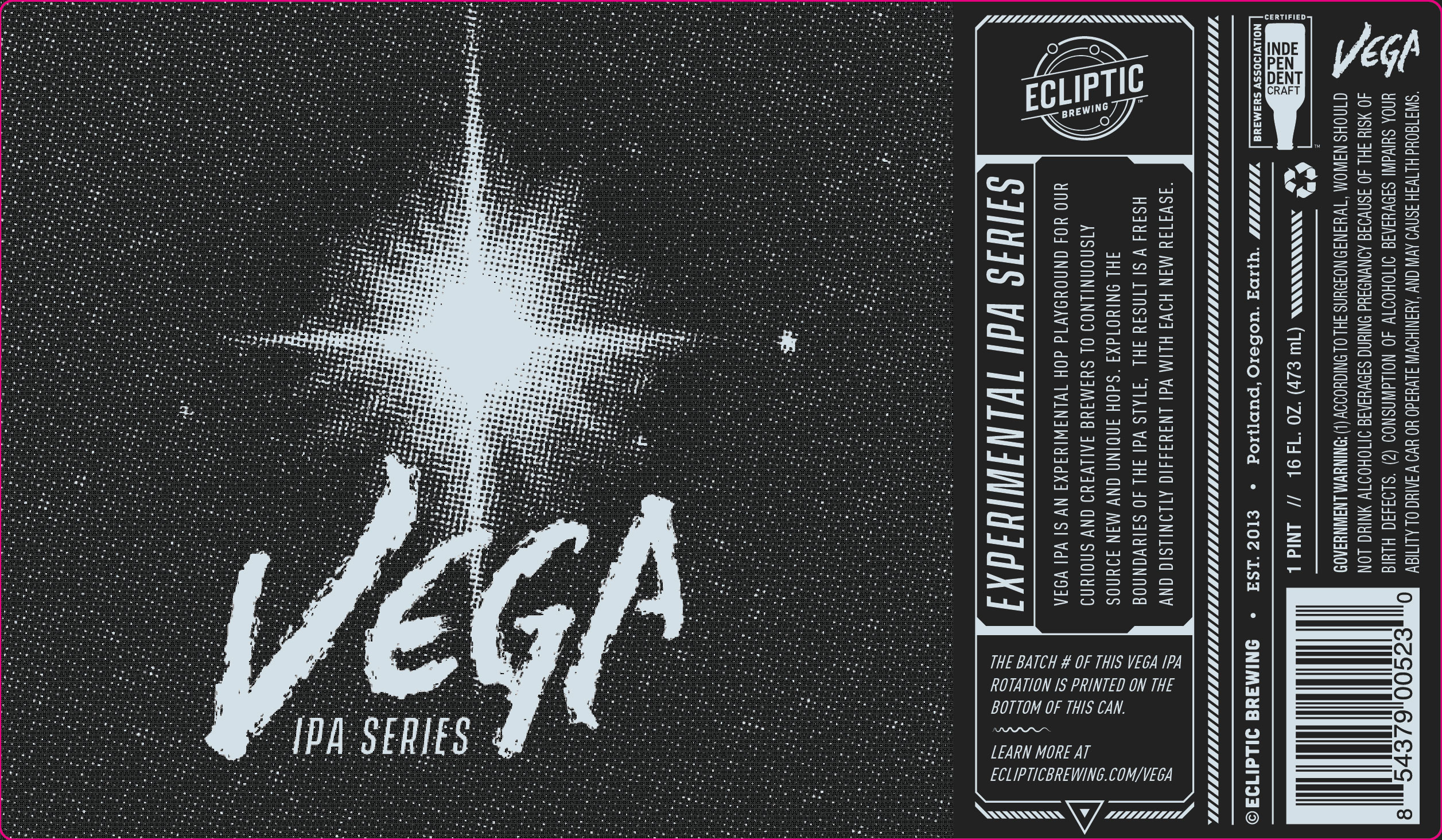 Portland, Oregon. Earth. (March 19, 2020) – Ecliptic Brewing is excited to announce the launch of its Vega IPA Series in 16-ounce cans. This is a brand-new format for the Portland, Oregon based brewery. Vega IPA began in the spring of 2019 as a draft only option, but the company sees room for growth with the brand.

“I’ve always wanted to see an Ecliptic beer in a 16-ounce can but wanted to make sure we launched it with the right beer,” says Ecliptic Brewing’s Sales Manager, Erin Grey Kemplin. “The success of Vega IPA as draft only convinced me that this was the beer to make it happen with.”

As part of Ecliptic’s Limited Release Series, Vega IPA is always evolving with the newest, rarest and most unique hops. Each batch of Vega IPA – whether hazy or West Coast Style- is a creative hop playground for Ecliptic’s brewers. When Vega IPA changes, so will the batch number on the bottom of the can, and customers will be able to learn more about each batch of the beer on the company’s website.

Vega IPA has had five iterations throughout the last year. Says Ecliptic’s Owner and Brewmaster, John Harris, “Customers are excited when they come into our restaurant and see that there’s a new batch of Vega IPA to try, and we’re excited to play with such new and experimental hops that we haven’t worked with before”.

Vega IPA #6 is the first launch of the brand in 16-ounce cans and will be available in mid-March throughout Ecliptic Brewing’s distribution network in both draft and 16-ounce cans. 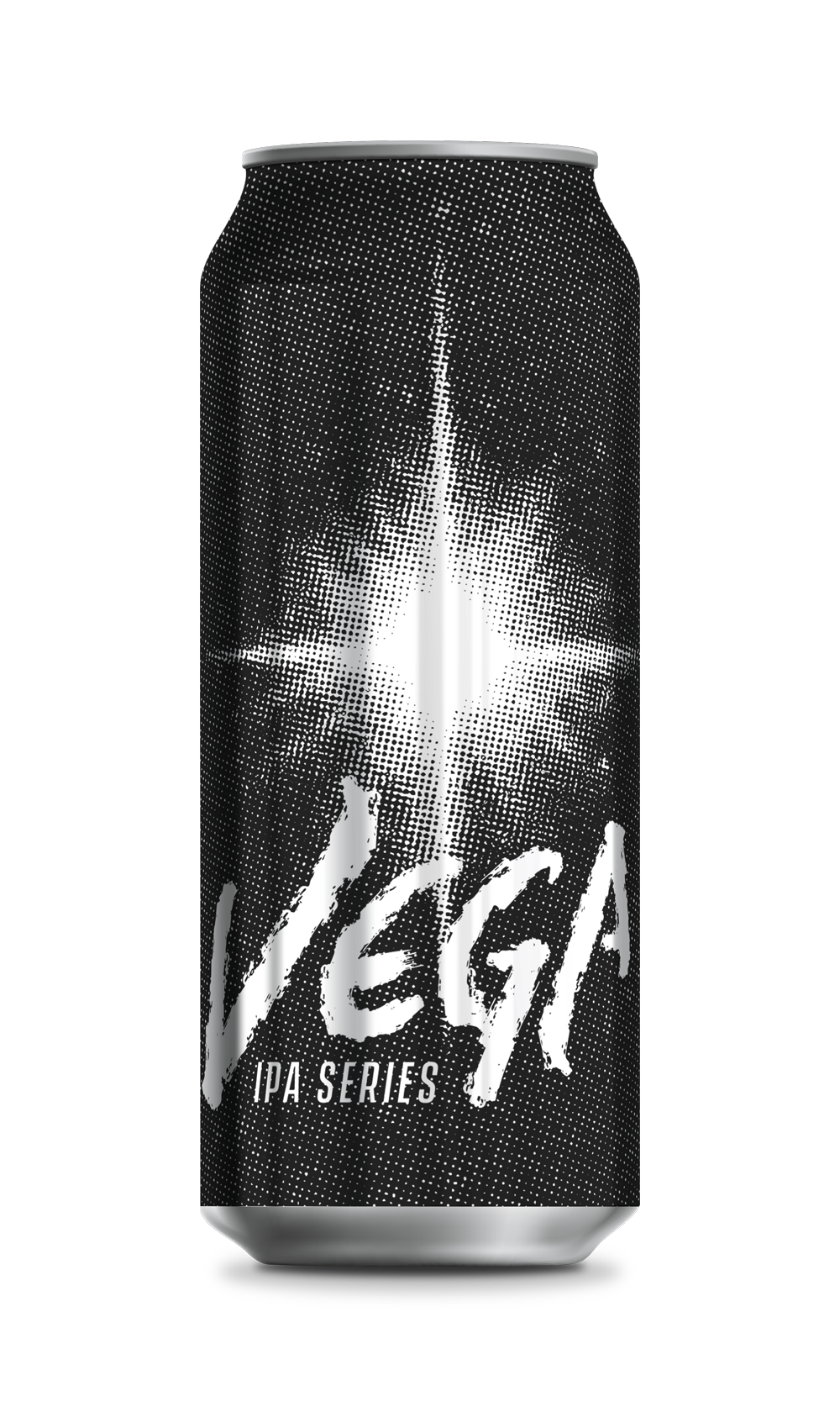 About Vega IPA #6
Vega IPA is an experimental hop playground for our curious and creative brewers to continuously source new and unique hops. Exploring the boundaries of the IPA style, the result is a fresh and distinctly different IPA with each new release. Vega IPA #6 features Vic Secret, Strata, Galaxy, Mosaic, and Amarillo hops.
ABV 6.5%
IBU 45