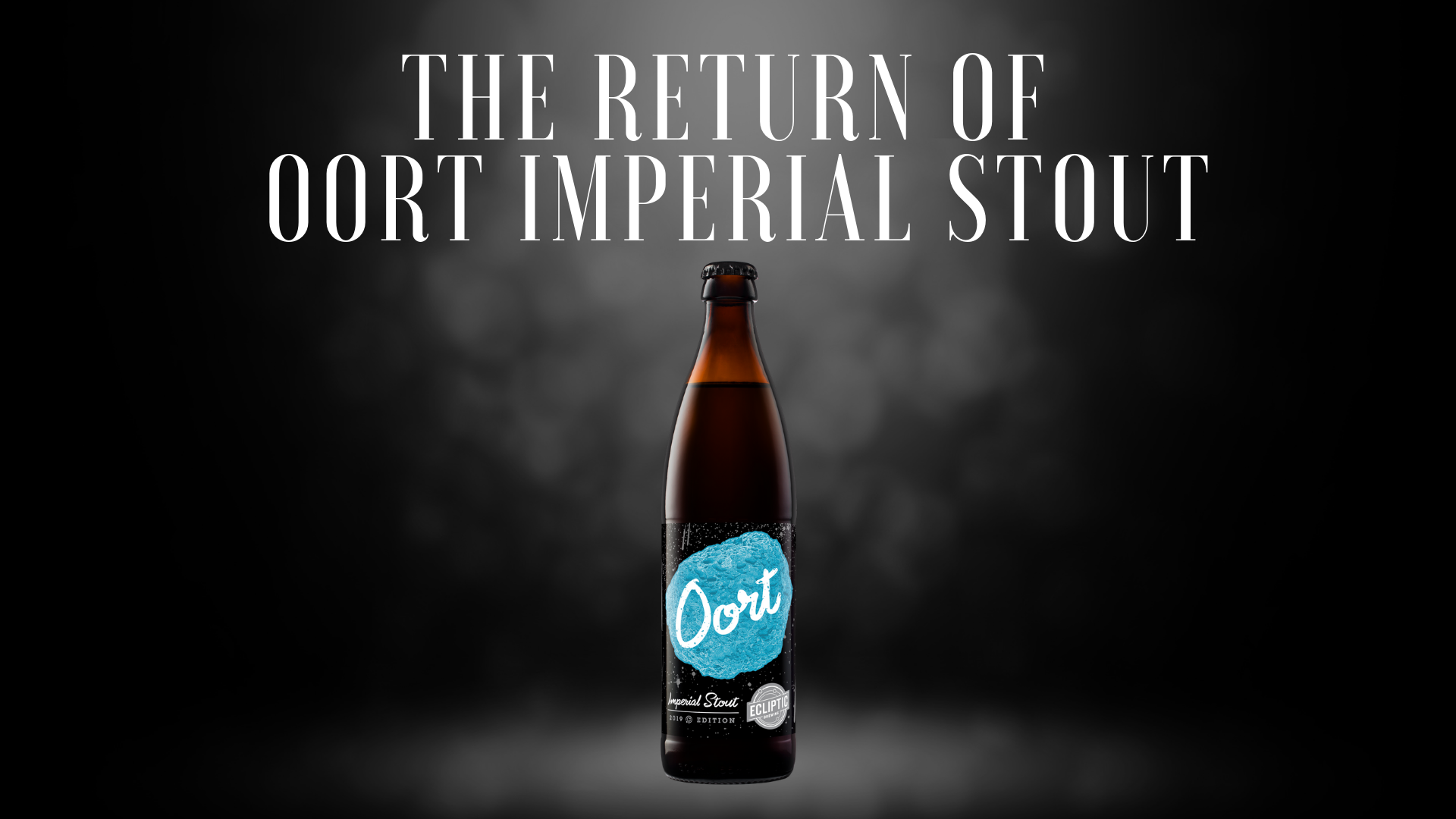 Oort Imperial Stout:
Oort is named after the mysterious region of our solar system that breeds comets. Massive amounts of roasted barley and chocolate malts combined with three types of Caramel malts for a rich, full, mouth feel. Chinook, Cascade and Sterling hops lends a balanced bitterness and subtle hop flavor to this brew that’s as black as the vacuum of space.
8.5% ABV