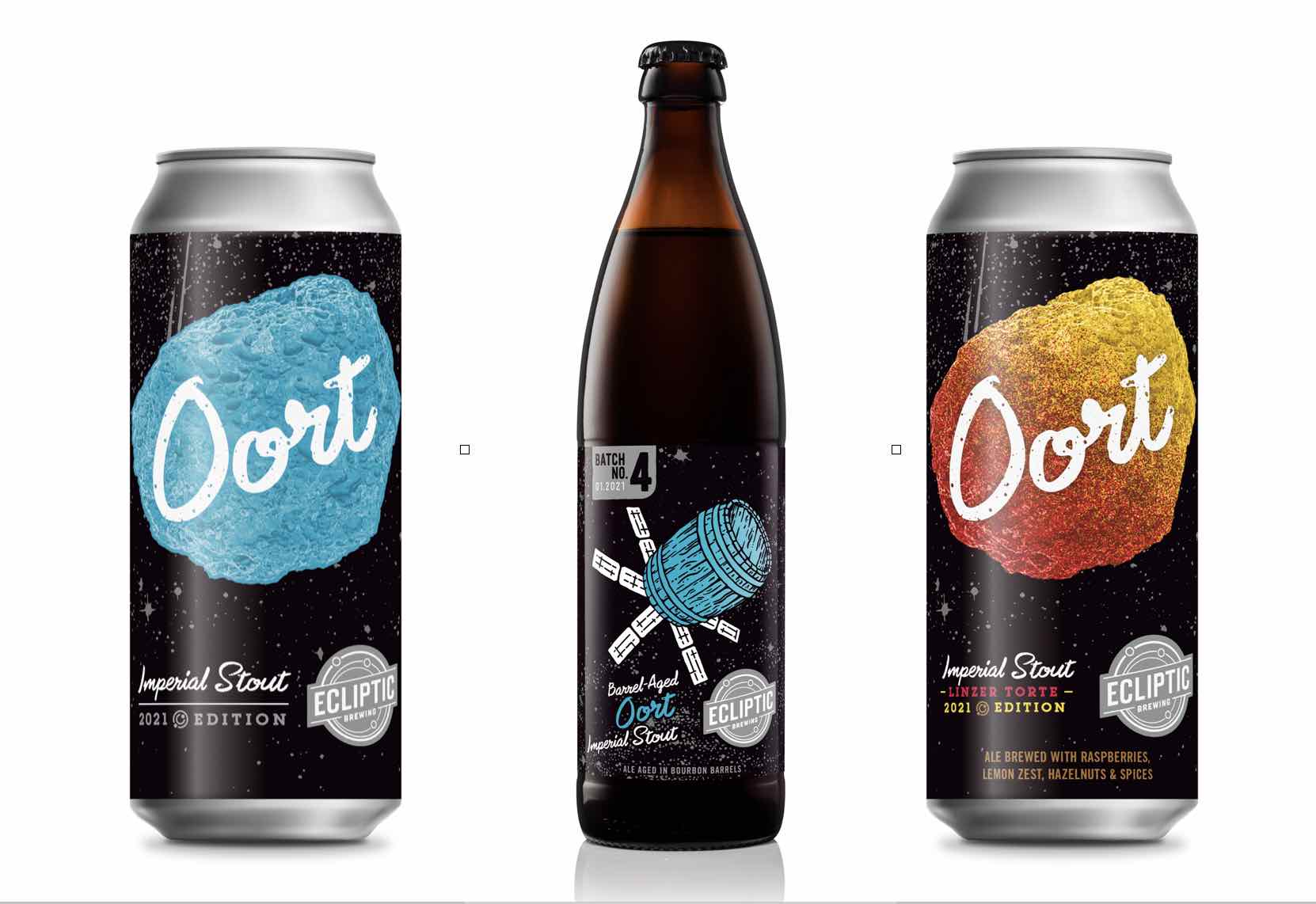 Ecliptic’s brew team bounced around ideas for the Oort flavor variation and ultimately landed on the Linzer Torte. “This is a traditional Austrian pastry- possibly the oldest known cake in the world,” said Ecliptic’s Head Brewer, Phil Roche, in a statement. “We thought the flavors found in the Linzer Torte – usually hazelnuts, raspberries, cloves, and cinnamon– would complement the roasty flavors of our Oort recipe. This is something we’ve never seen done before, so we’re really excited for this unique flavor.”

Here are descriptions on each of the three Oort Imperial Stout variants as supplied by Ecliptic Brewing. 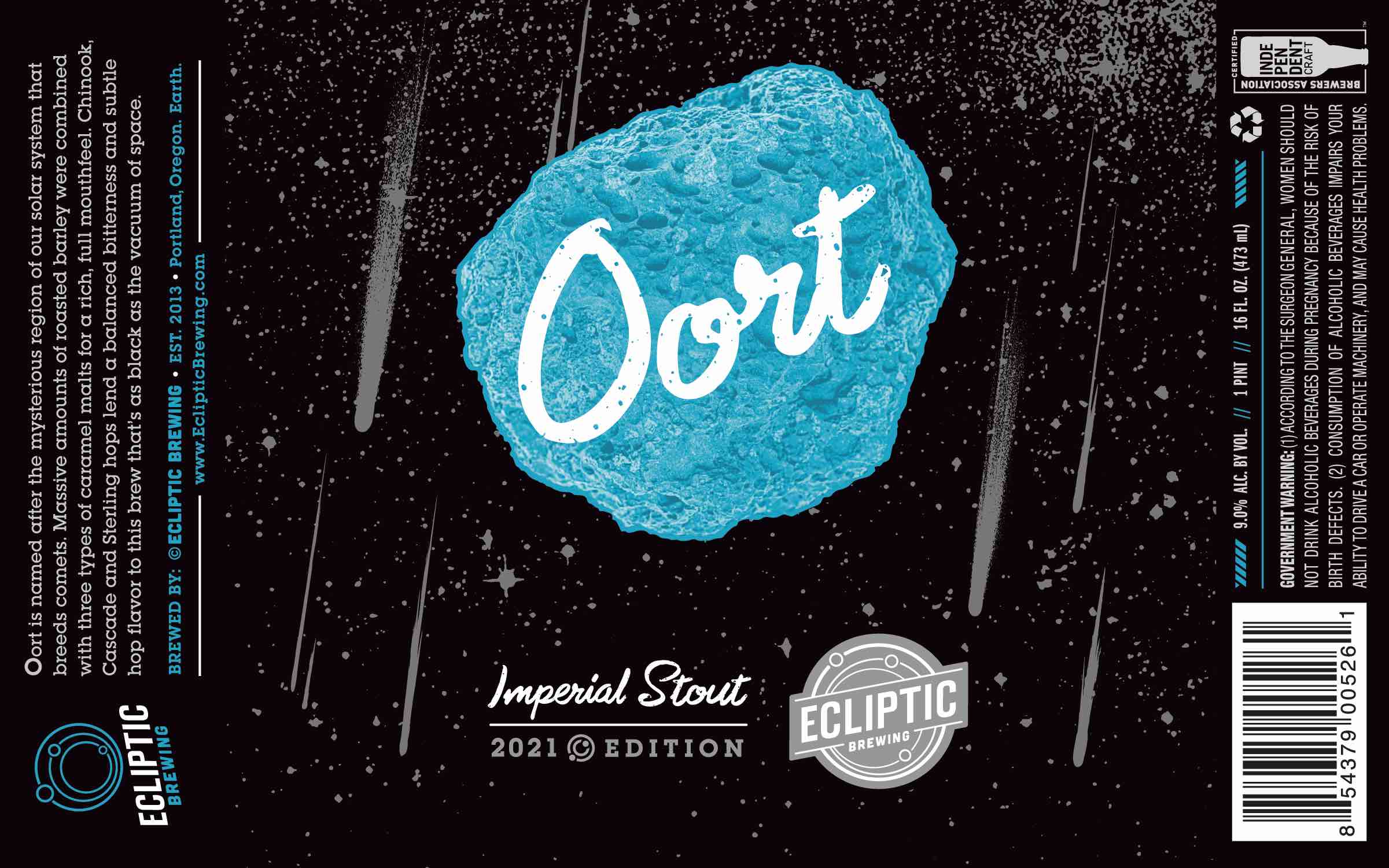 Oort Imperial Stout
Oort is named after the mysterious region of our solar system that breeds comets. Massive amounts of roasted barley were combined with three types of caramel malts for a rich, full mouthfeel. Chinook, Cascade and Sterling hops lend a balanced bitterness and subtle hop flavor to this brew that’s as black as the vacuum of space.
ABV: 9% / IBU: 30 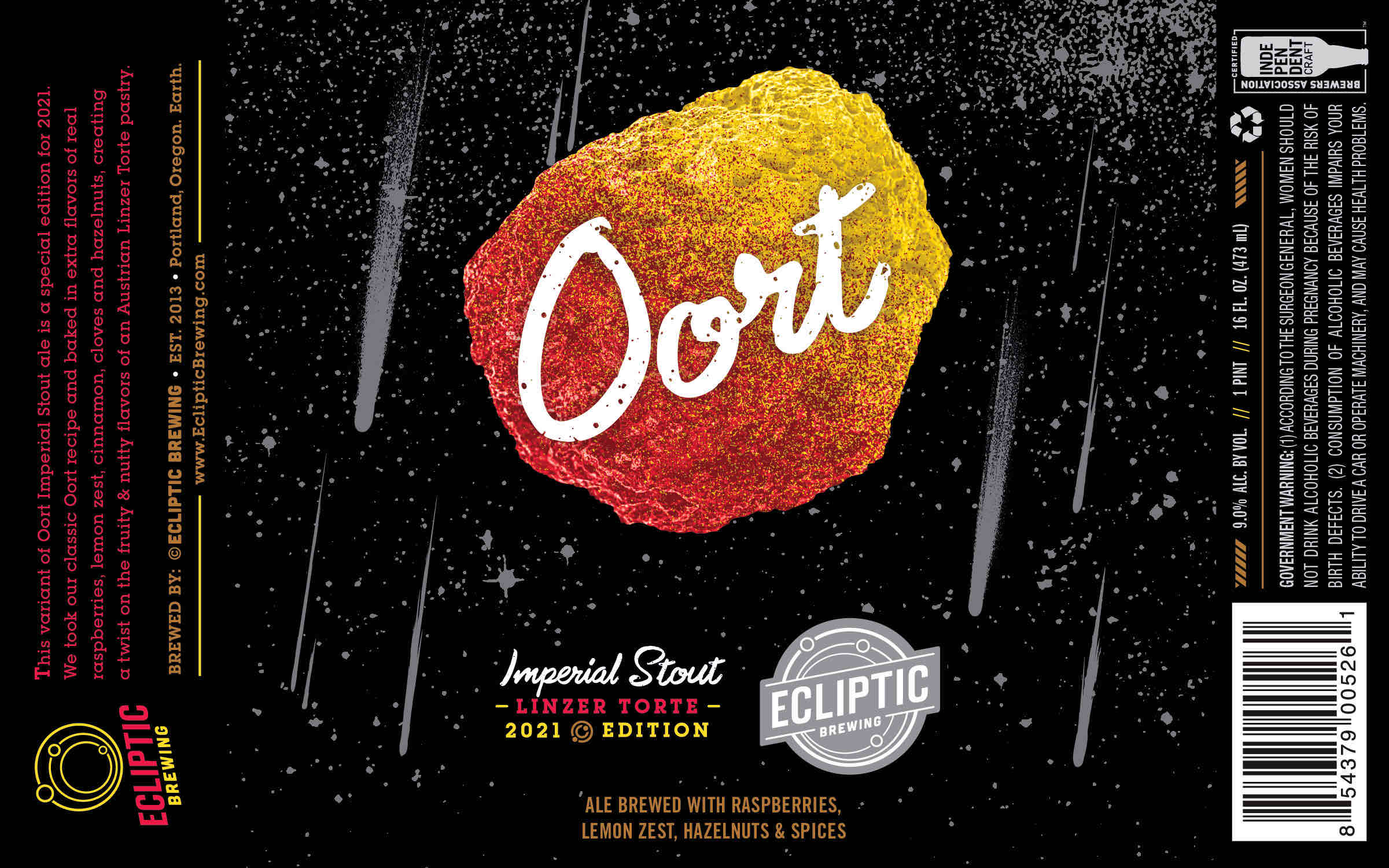 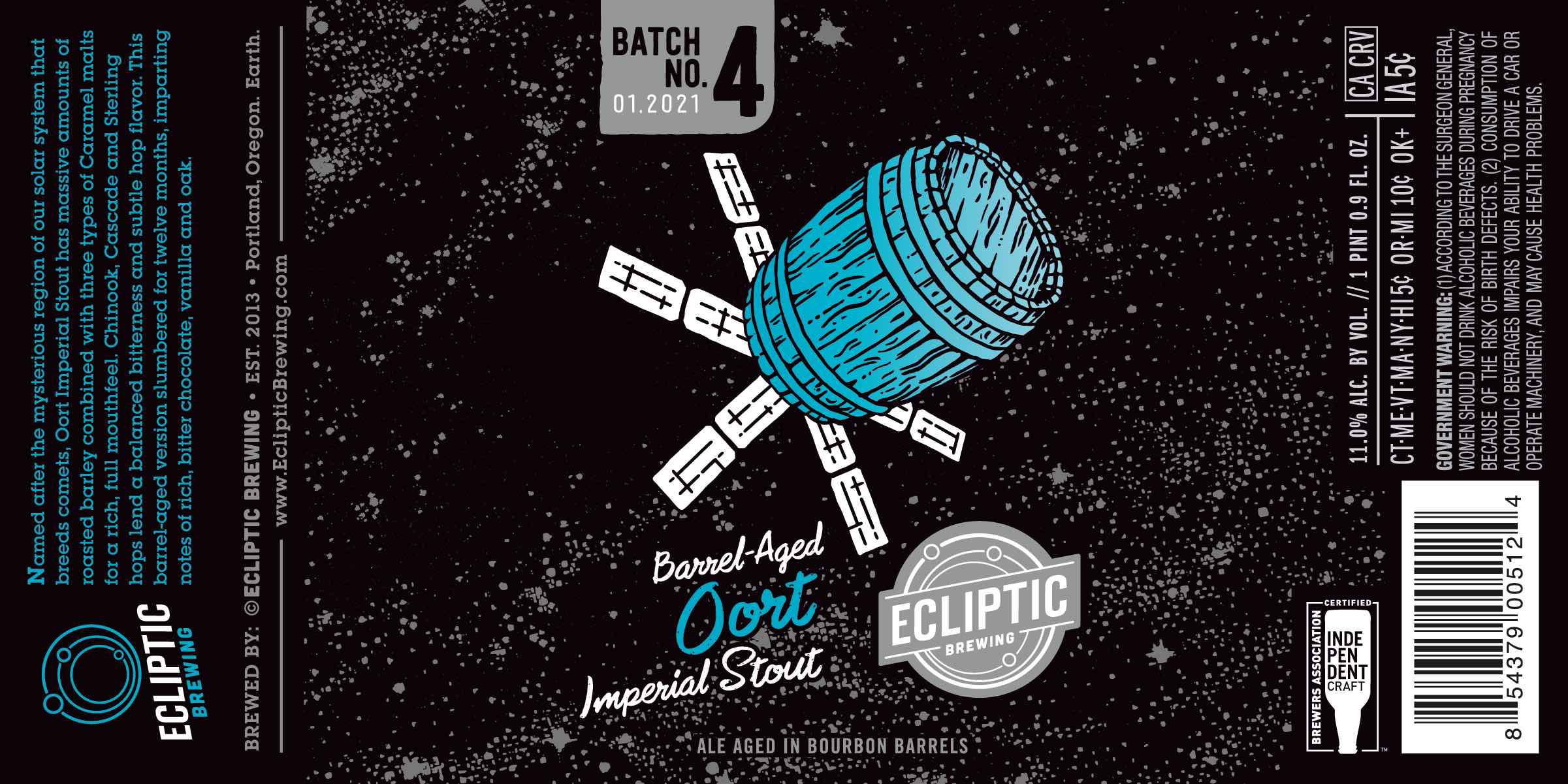