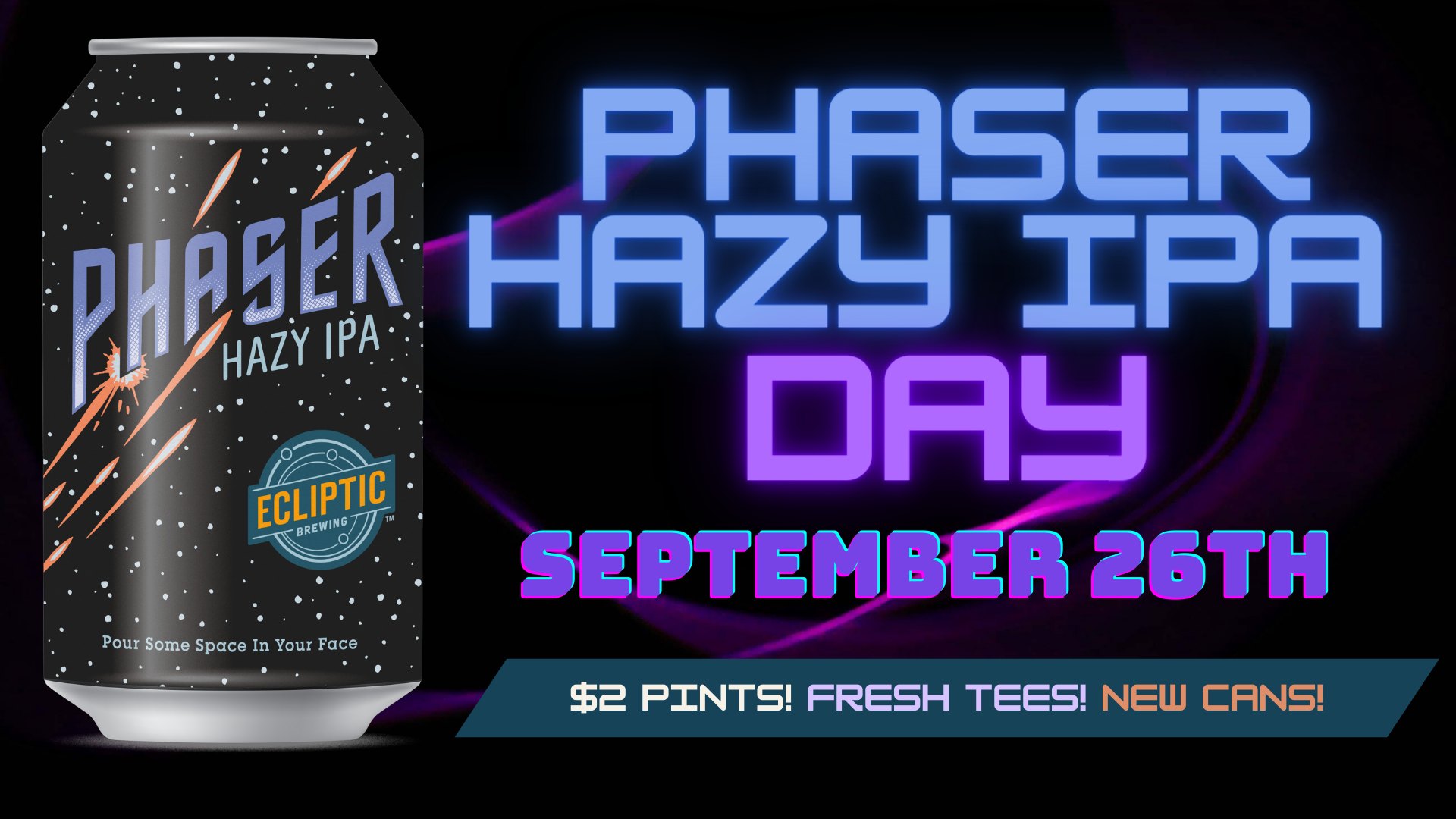 A label refresh is coming from Ecliptic Brewing for its popular Phaser Hazy IPA. The company’s flagship Hazy IPA, which is available in both draft and 12-ounce six packs, originated back in 2018 and has since evolved into a year-round offering from the brewery.

Now Phaser Hazy IPA will undergo a label refresh that will begin shipping with its new label in late summer of 2022. The beer recipe remains the same as this juicy and unfiltered IPA stuns with a lively array of fruity hop notes and sits at 6.5% ABV and 45 IBUs.

Phaser Hazy IPA was originally launched as part of the brewery’s Seasonal Series, as the 2018 winter release. “Phaser was our first beer to use Citra hops for their fruity aromas and flavors,” said John Harris, Ecliptic’s Owner and Brewmaster.

In its initial launch, the label was aligned with the brewery’s Seasonal Series look, featuring Ecliptic’s logo in bright pink and purple colors. The beer quickly gained traction and took off in the market. “The beer was overwhelmingly popular, so later in 2018, we added it to our Limited Release Series, shipping to distributors when there was capacity to do so,” continued Harris.

Then two years later, Phaser Hazy IPA officially moved to Ecliptic’s All the Time Series, making it available consistently year-round. While the label remained unchanged for a few years, the company decided it was time to move the brand in line with the rest of the series’ offerings, which features unique artwork for each beer.

“Originally, we wanted to keep our Seasonal Series label treatment so that our fans could continue to identify the beer on store shelves,” said Ecliptic Brewing’s Sales Manager, Erin Grey Kemplin. “Now that Phaser Hazy IPA has been out there for a couple of years and has transitioned into a core brand for us, we felt it was time to align it with our other All the Time Series beers.”

The new Phaser Hazy IPA label makes a nod to the Star Trek reference, yet still features the pink and purple hues that customers have grown accustomed to since the beer’s inception. 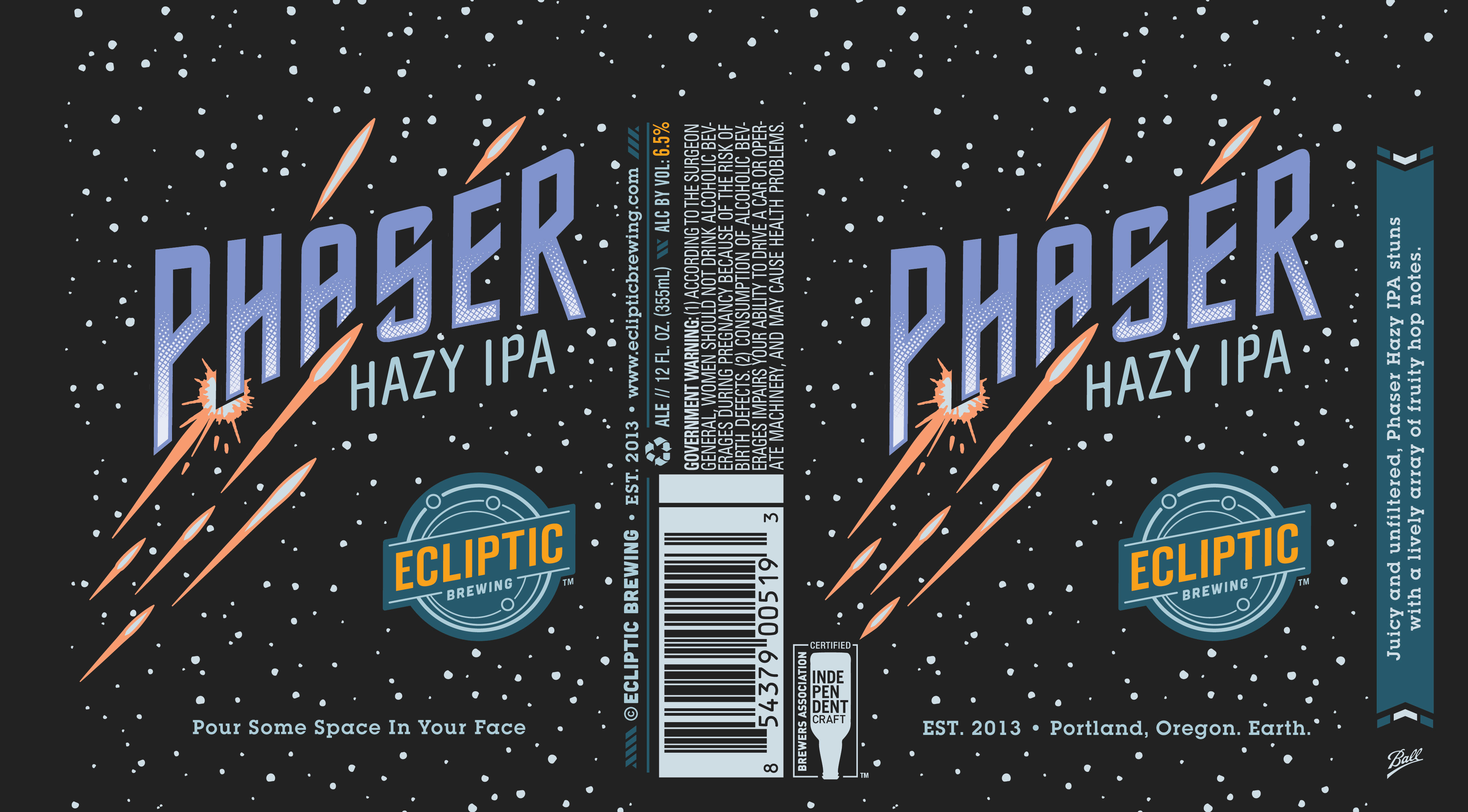 To celebrate, the brewery is hosting Phaser Day on Monday, September 26th at their North Portland restaurant, featuring $2 pints of Phaser Hazy IPA and a new Phaser tee shirt. Visit their event page for up-to-date details.