Press Release May 2015 – Like Poe’s dark dog, dread is something you can’t shake, a horrific companion always with you, intense and urgent, especially in the middle of the night or after too much coffee. Well, Elysian’s got just the thing for you, and it’s called The Dread, a beer of dark intensity and fortitude, a panoply of dark malts and the mellow complexity of oak aging. Available in 22-ounce bottles and on draft beginning June 4, it promises to be an unavoidable reminder of something intense and darkly delicious.

The Dread is the latest addition to the dark side of the Elysian canon of beers, an Imperial Stout aged for two months on oak. It snaps at the heels of Omen Belgian-style Raspberry Stout, and will in turn be followed by other dark beers of haunting complexity, suitable to be laid down but delicious right now. 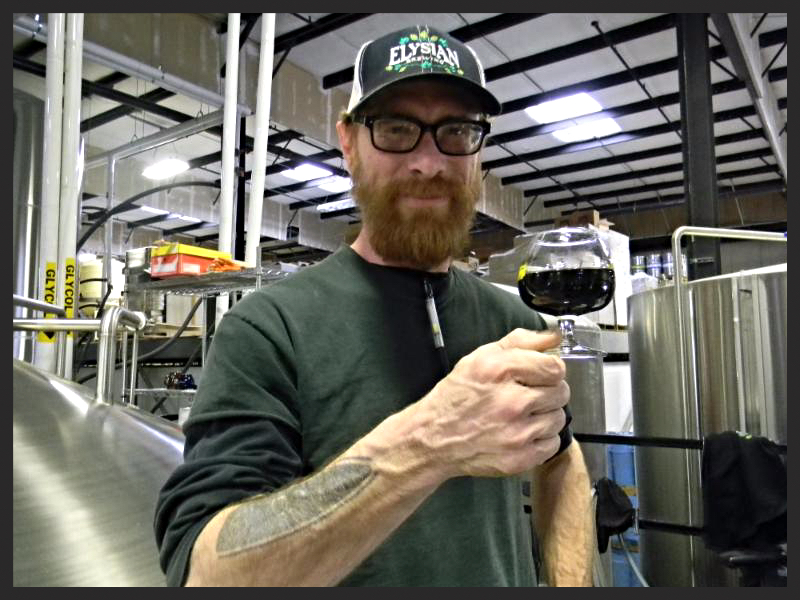 The Dread was brewed to 9.2% alcohol by volume with a grist of pale, C-77 Crystal, black and chocolate malts with roasted barley, flaked rye and sugar. It was bittered with Magnum and finished with Northwest Chinook hops to 75 IBU. Be assured: your fears are very real. This beer is a monster. Look for it–over your shoulder–wherever Elysian beers are sold.

Join us at Elysian Capitol Hill on Thursday, June 4th or The Dread’s official release party. From 5pm-8pm, get your first taste of The Dread, including vintage flights of the 2013 and 2014 beer. Featuring The Dread ice cream from Bluebird Microcreamy, music, games, merchandise, and more.